Billy Hamilton makes most improbable catch of the season 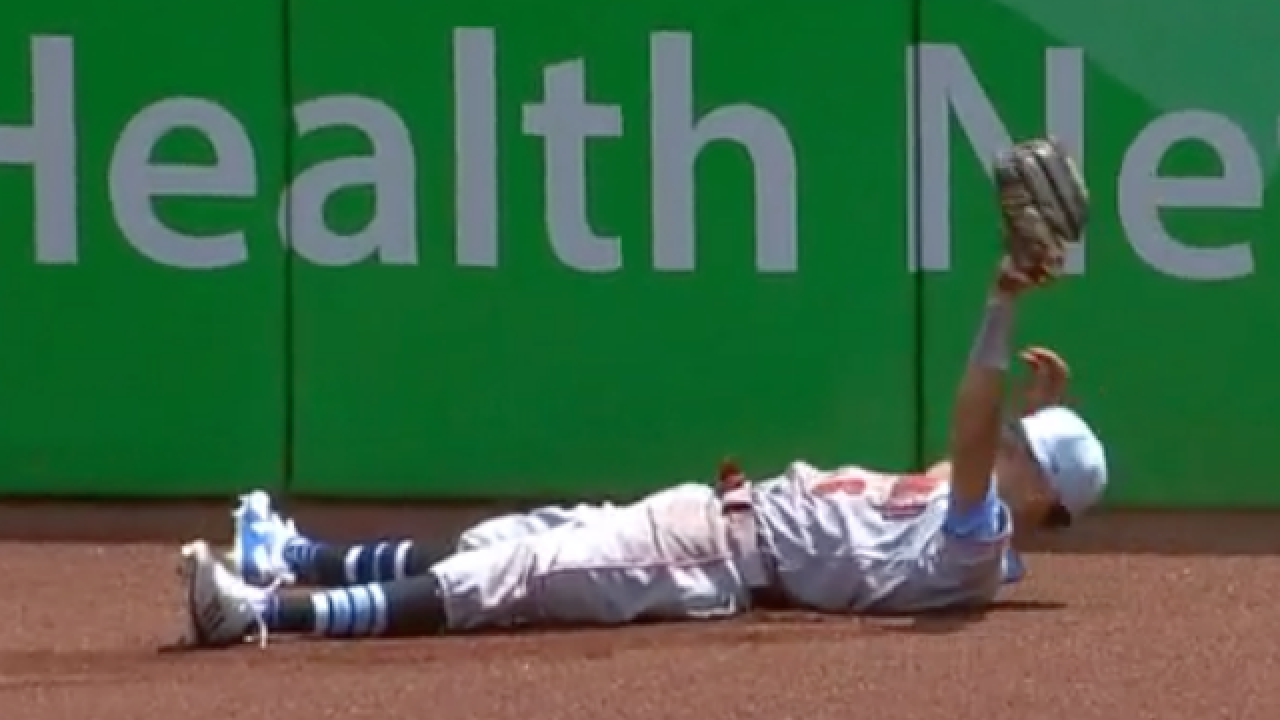 PITTSBURGH – If you can’t understand why the Reds play Billy Hamilton when he’s hitting under .200, here’s why.

Hamilton made another amazing catch – statistically, the most improbable catch in baseball this season -  in the Reds’ 8-6 win over the Pirates Sunday.

Hamilton made a sprinting, diving, full-layout catch on the warning track to rob an extra-base hit from Francisco Cervelli in the first inning.

According to Statcast, there was only a 2 percent probability that Hamilton would make the catch. That tied Milwaukee's Lorenzo Cain for most improbable catch of the year. Hamilton covered 83 feet in 4.3 seconds and reached a sprint speed of 30.6 feet per second.

Cervelli saluted Hamilton after the catch as Hamilton threw the ball to Pirates fans sitting in right center.

Reds starter Anthony DeSclafani, who got his second win, raved about Hamilton's catch.

At the end of the day, though, Hamilton said he'd rather take his three hits than the catch.

Hamilton went 3-for-4, scored three runs and raised his average to .197.

“Oh my goodness, that’s the best part,” Hamilton said about boosting his average.

“I ain’t worried about the catch. The catch is good, but I’m just worried about what I did at the plate. Especially for me, I’ve been struggling, man. Just to have one of these days, it gives you a bunch of confidence and clears your head a little bit.”

DeSclafani (2-1) surrendered solo home runs to Colan Moran and Gregory Polanco  but otherwise kept the Pirates in check to pick up his second victory since his return after missing the entire 2017 season with right elbow issues. DeSclafani allowed just three hits in 5 2/3 innings, walked one and struck out four.

Pirates: Welcome Milwaukee to PNC Park for the first time this season when the Brewers come in for a three-game set starting Monday. Trevor Williams (5-4, 4.38 ERA) faces Jhoulys Chacin (6-1, 3.32) in the opener.