No games before May 10 at earliest 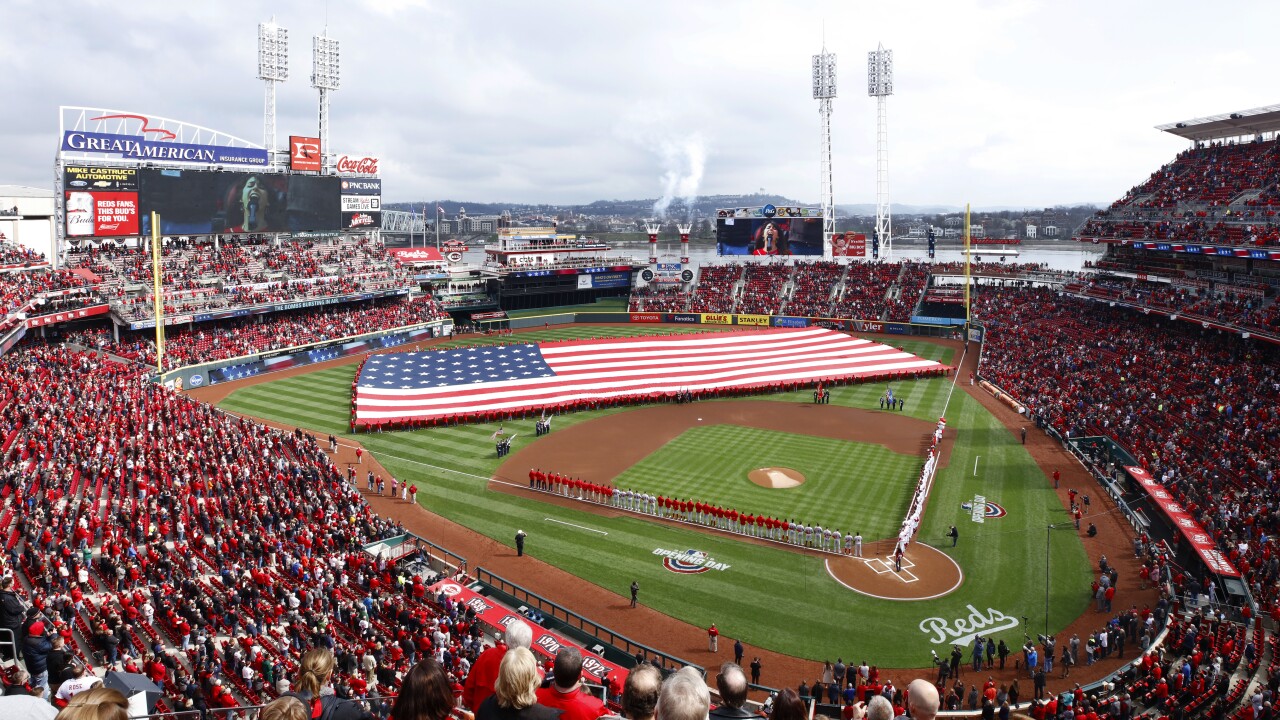 CINCINNATI - There won't be baseball until May 10 at the earliest after MLB announced Monday it is postponing the season for eight weeks to comply with CDC recommendations during the coronavirus crisis.

That would eliminate the first 40 games on the Reds schedule, though presumably Baseball would attempt to reschedule some of them, perhaps by adding games to the end of the season and shortening the All-Star break.

"The Clubs remain committed to playing as many games as possible when the season begins," MLB said in a statement. "We will continue to monitor ongoing events and undertake the precautions and best practices recommended by public health experts, and urge all fans to follow suit."

The Reds have not released a statement on this new delay, but the club posted a ticket refund policy at reds.com last week after MLB announced it was delaying the season for two weeks because of coronavirus concerns. On Sunday, the Centers for Disease Control and Prevention recommended gatherings of 50 or more people be canceled for eight weeks.

But a May start would be the latest for Baseball in the modern era. The latest start to a Reds season was in 1995, when a strike delayed Opening Day to April 26. Over the last 48 years, Opening Day has been delayed by two players' strikes and one owners' lockout. The others happened in 1972 and 1990.

Long-time Reds fans remember the two-month midseason strike in 1981. It lasted from June 11 until Aug. 10 and wiped out more than 50 games. It hurt the Reds the most because they finished with the best record in baseball (66-42) but didn't make the playoffs because MLB decided to name division champions for each half of the season. The Reds finished one-half game behind the Dodgers before the strike and 1 1/2 games behind the Astros after it.

A strike that started on Aug. 11, 1994, resulted in MLB canceling the World Series that year and continued into the following season until it was settled on April 25. Reds fans have pained memories of the 1994 strike because the Reds were in first place in the National League Central Division when the strike took place. The Reds came back to win the division title in 1995.

When the 2020 season does begin, if it does, there's no guarantee the Reds will open at home despite the annual honor bestowed upon the club as the first professional baseball team.

The Reds opened on the road in 1966 when Opening Day was rained out three days in a row. The Reds started the season in Philadelphia and Pittsburgh and lost five out of six before they came home to Crosley Field on April 21.

In 1990, when the Reds went wire to wire and won the World Series, team owners locked players out of spring training in a labor dispute and delayed the season. Instead of opening here, the Reds went on the road and won seven straight in Houston and Atlanta before coming home on April 17.

Coronavirus has all but eliminated the sports schedule in the United States and abroad. Major League Soccer, the National Basketball Association and the National Hockey League suspended their seasons in progress.

The NCAA added to the unprecedented actions by canceling March Madness and all other winter and spring championships for this academic year.