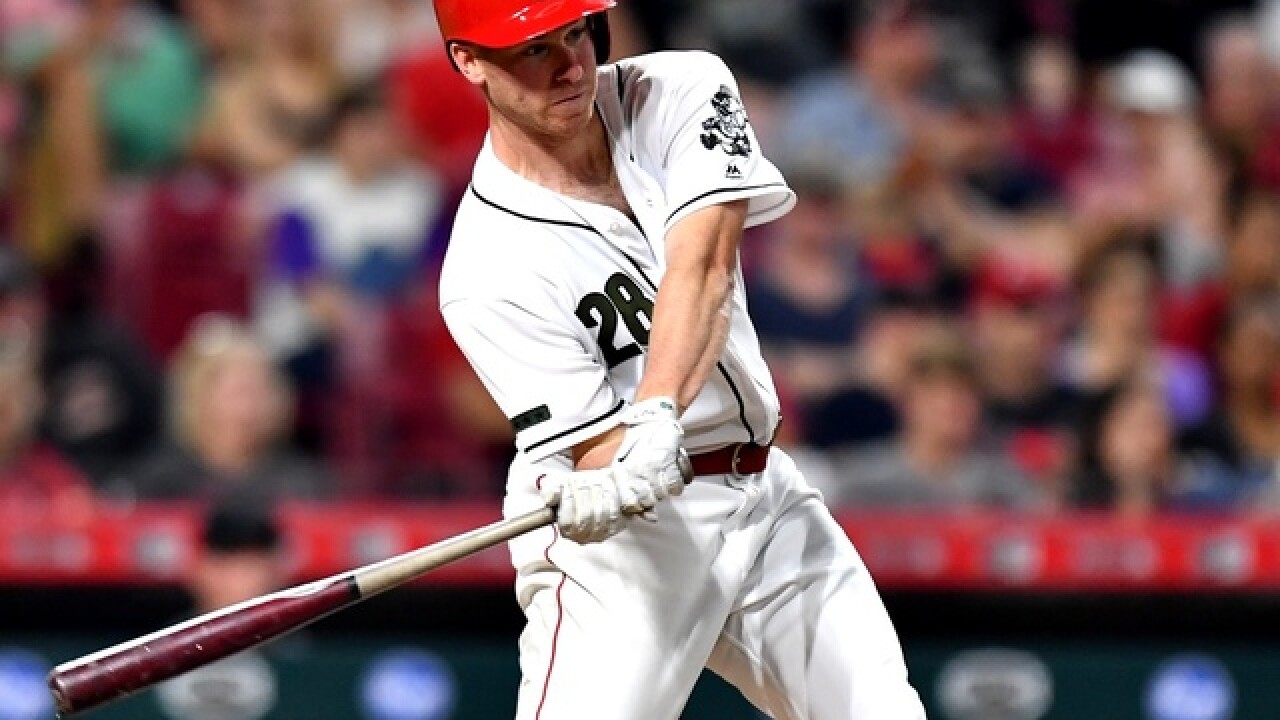 CINCINNATI (AP) -- Anthony DeSclafani struck out a season-high nine to outduel Clay Buchholz and scored one of Cincinnati's two runs on Billy Hamilton's suicide-squeeze bunt to help the Reds beat the Arizona Diamondbacks 3-0 on Friday night.

DeSclafani (6-3) allowed three hits and no walks while pitching into the eighth inning of his second straight shutdown outing. He limited Washington to one run on six hits with a walk and two strikeouts in seven innings of a 7-1 victory last Saturday.

The right-hander improved to 8-1 in his career when lasting at least six innings without a walk.

He gave way to Jared Hughes after allowing a leadoff single in the eighth. The NL West-leading Diamondbacks got runners to first and third before Hughes coaxed Alex Avila into a double-play grounder. Raisel Iglesias followed Paul Goldschmidt's two-out double by striking out A.J. Pollock in the ninth for his 22nd save.

DeSclafani also singled in the seventh and scored from first base on Buchholz's throwing error on Hamilton's bunt up the first base line, which drove in Tucker Barnhart.

The Reds, opening a nine-game homestand as the Central's last-place team and coming off a 2-7 trip, pushed a run across in the sixth on back-to-back leadoff singles by Jose Peraza and Joey Votto, and Eugenio Suarez's sacrifice fly to left, one step away from the warning track.

Reds: Votto started at first base after missing two games with a bruised right knee, the result of being hit by Ryan Madson's pitch Aug. 4 in Washington.

Reds: RHP Matt Harvey (5-7) has a 10.66 earned-run average in his three starts since the All-Star break.