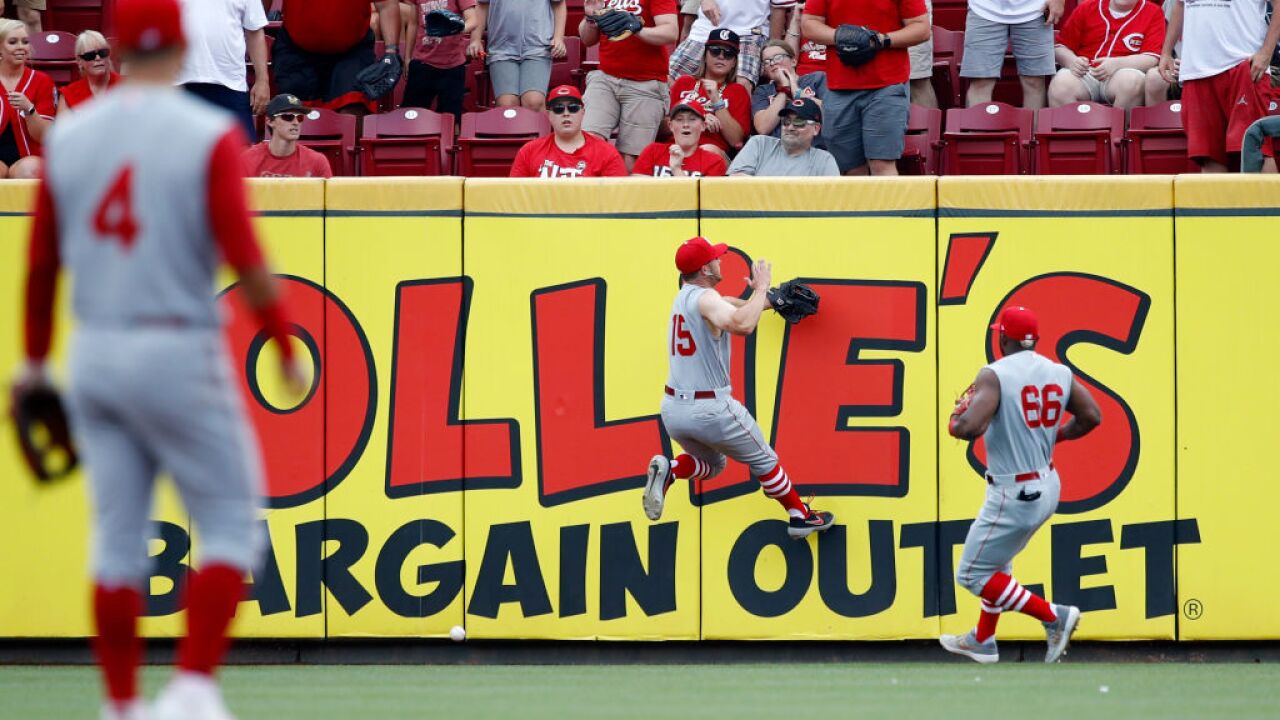 Bauer (8-6) improved to 4-0 with a 2.90 earned-run average over his last six starts. He allowed one hit through the first four innings before Jose Peraza singled to lead off the fifth and scored on Josh VanMeter's pinch-hit double. Bauer bounced back to slip called third strikes past the potential tying runs, Joey Votto and Eugenio Suarez.

Bauer avoided damage again with two more strikeouts to end the sixth with runners on second and third. He allowed four hits with three walks and nine strikeouts. He also hit a batter.

Right fielder Yasiel Puig didn't move as Naquin launched an 0-1 Tyler Mahle splitter deep into the right field seats with two outs in the fourth inning for a 1-0 Cleveland lead.

Jose Ramirez contributed a sacrifice fly in the fifth before Bauers followed on the next pitch with his two-run shot off the batter's eye in center field.

Mahle (2-9) needed 84 pitches to get two batters into the fifth inning. He allowed six hits and three runs with three walks and seven strikeouts.

Allen's two-run blast and Kipnis' homer both came in Cleveland's six-run eighth against right-hander Jimmy Herget, who was making his major league debut. Allen was the first batter faced by Herget.

Reds: OF Nick Senzel left the game after one inning with a right ankle sprain after trying to make a leaping catch at the wall in the top of the first. Senzel opened the season on Triple-A Louisville's injured list with a right ankle sprain that occurred in spring training. ... LHP Alex Wood threw 31 pitches in 1-1/3 innings on Saturday for Triple-A Louisville at Columbus in his first rehabilitation start as he continues trying to come back from lower back problems that have kept him sidelined for the entire season.

Indians: Mike Clevenger (2-2) is the scheduled starter on Friday when Cleveland opens the second half of the season at home against Central Division-leading Minnesota.

Reds: Cincinnati is scheduled to open the second half of the season on Friday with the first game of a three-game series at Colorado. The Reds starting pitcher has yet to be announced.