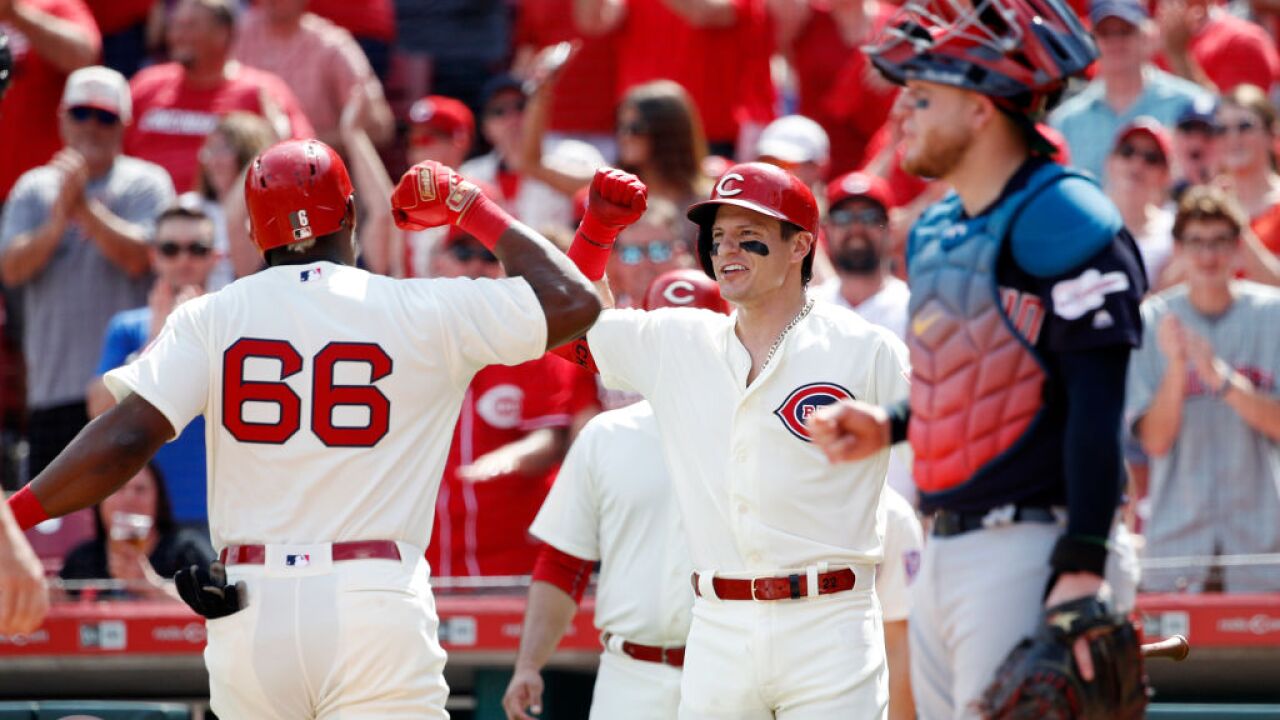 CINCINNATI (AP) — Francisco Lindor homered twice, Roberto Perez connected on a tiebreaking shot in the eighth inning, and the Cleveland Indians pulled away to their fifth straight victory at Great American Ball Park on Saturday, 7-2 over the Cincinnati Reds.

The Indians have won nine of their last 11 games in Cincinnati and lead the intrastate series 62-50. They've taken two of three this season.

Cleveland has won five in a row overall, matching its longest winning streak of the season.

Shane Bieber (8-3) gave one of his best performances a day after he learned he'd made the All-Star Game in Cleveland next week, replacing Texas' Mike Minor. He allowed four hits in eight innings — three by Yasiel Puig , who had a two-run homer.

Lindor and Bieber are among a contingent of four Indians who will participate in the game Tuesday on their home field.

Before the game began, Indians pitcher Carlos Carrasco said in a video that he's being treated for leukemia but hopes to return by late July. Manager Terry Francona said there's no estimate about when he might be able to pitch again.

Lindor hit his fourth leadoff homer of the season off Anthony DeSclafani's fourth pitch, ending the Reds' streak of 23 scoreless innings. They were coming off back-to-back shutouts of Milwaukee at Great American.

Lindor hit another solo shot in the fifth, a drive that deflected off the screen attached to the right field foul pole. His third multihomer game of the season tied it 2-2.

Perez had three singles and a two-run homer in the eighth off Michael Lorenzen (0-2) that broke a 2-2 tie. Jake Bauers singled with the bases loaded in the ninth as the Indians pulled away.

The Indians called up outfielder Greg Allen from Triple-A Columbus for the series, his third stint with Cleveland this season. Right-hander Zach Plesac was optioned to the Clippers.

The Reds released left-handed reliever Zach Duke, who was signed during spring training and designated for assignment on Monday.

Indians: Plesac will make at least one start at Triple-A and could start the fifth game back after the All-Star break.

Reds: Second baseman Scooter Gennett pinch hit and struck out. He's been out of the lineup the last two games with groin tightness. Manager David Bell said he won't start again until after the All-Star break. Gennett missed most of the first three months of the season with a severe groin injury.

Indians: Trevor Bauer (7-6) makes his seventh career start and his second this season against the Reds. He's 1-2 with a 3.03 ERA, including a win on June 11.