After Fiers gets hurt, Iglesias leads Tigers over Reds 7-4 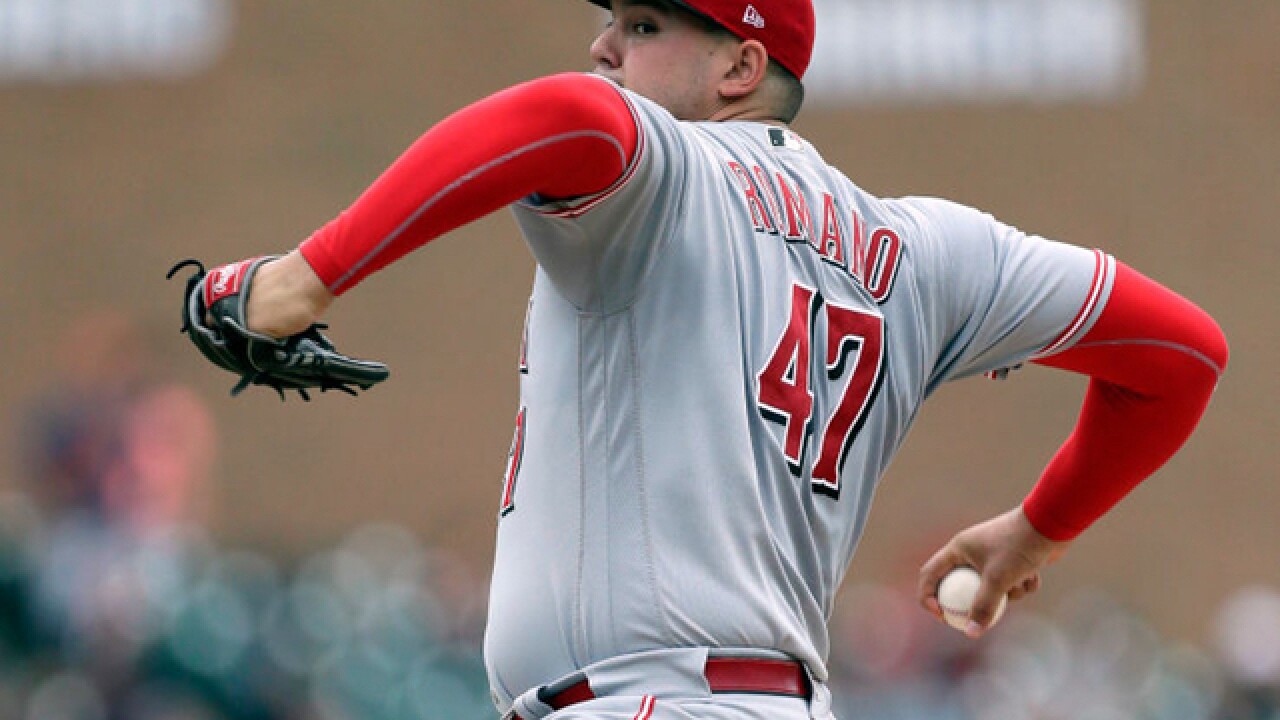 Image copyright 2018 Getty Images. All rights reserved. This material may not be published, broadcast, rewritten, or redistributed.
Duane Burleson
<p>DETROIT, MI - AUGUST 1: Sal Romano #47 of the Cincinnati Reds pitches against the Detroit Tigers during the second inning at Comerica Park on August 1, 2018 in Detroit, Michigan. (Photo by Duane Burleson/Getty Images)</p>

DETROIT (AP) — Jose Iglesias drove in three runs, Jim Adduci homered and the Detroit Tigers survived the loss of pitcher Mike Fiers to an early injury to beat the Cincinnati Reds 7-4 Wednesday for a two-game sweep.

Fiers left after the second with a bruised left shin, sustained on a comebacker off the bat of Mason Williams. X-rays on Fiers' shin were negative, and it was unclear whether he will make his next scheduled start.

Drew VerHagen (2-2) followed as the first of six relievers and pitched three scoreless innings. Shane Greene pitched the ninth for his 23rd save in 36 chances.

Iglesia hit a two-run double in the second, and Adduci had a solo homer in the fourth. Detroit made it 6-0 in the sixth when Ronny Rodriguez hit an RBI double and scored on Iglesias's single over a drawn-in infield, and a throwing error by left fielder Phillip Ervin allowed in another run.

Cincinnati closed to 6-4 in a four-run seventh off Alex Wilson that included Preston Tucker's RBI single and Curt Casali's two-run double, and an RBI single by Billy Hamilton off Louis Coleman. Casali was thrown out at the plate by Rodriguez from first when he tried to score on a groundout.

JaCoby Jones had an RBI single in the eighth.

With OF Scott Schebler (right shoulder) still waiting to start a rehab assignment and OF Jesse Winkler having season-ending shoulder surgery on Tuesday, Tucker was Cincinnati's designated hitter and will see action in the outfield.