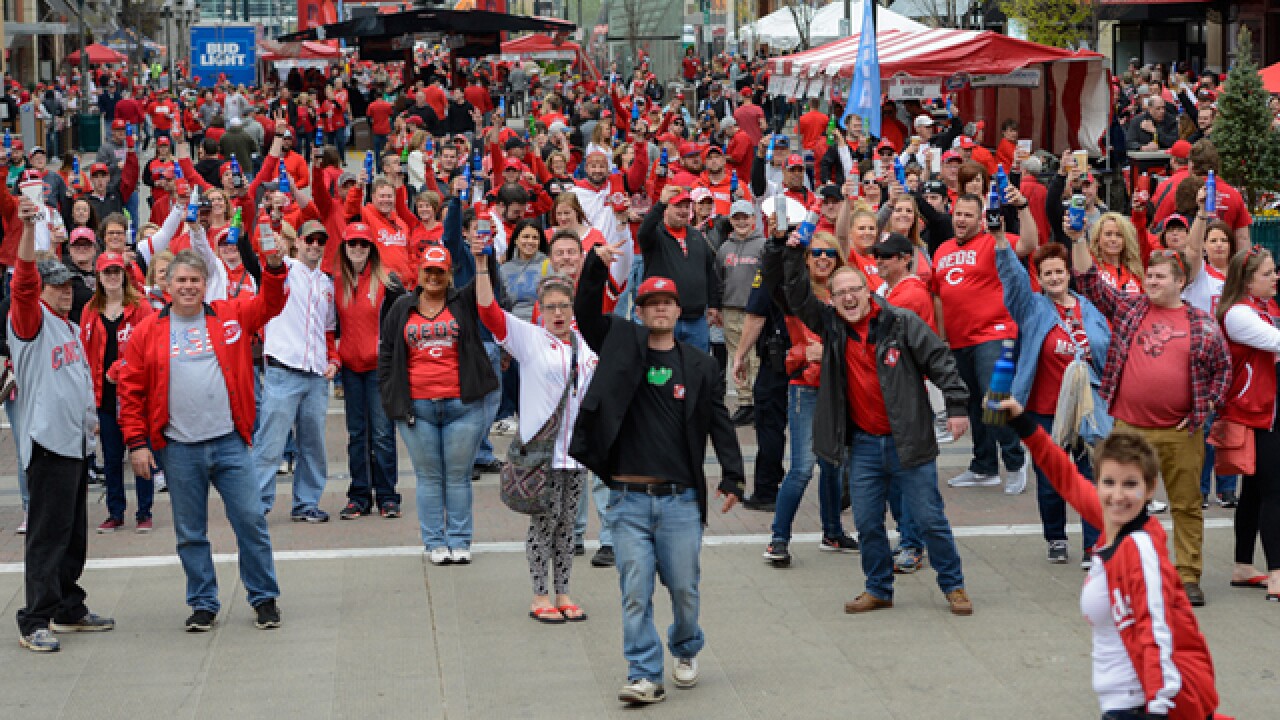 Copyright 2018 Scripps Media, Inc. All rights reserved. This material may not be published, broadcast, rewritten, or redistributed.
Joe Simon | WCPO
<p>Cincinnati Reds fans hit local bars early to celebrate Opening Day on April 3, 2017. The crowd hoists up their drinks for the camera and toasts the 2017 Cincinnati Reds.</p>

CINCINNATI -- The stars have aligned to shine on Cincinnati, and the 100th Findlay Market Parade is scheduled for the same day as Reds Opening Day in 2019.

The Reds will face the Pittsburgh Pirates in their first series of the season, hosting games at 4:10 p.m. Thursday, March 28, 2:10 p.m. March 30 and 1:10 p.m. March 31. They'll follow that up with another home series, hosting the Milwaukee Brewers on the following Monday, Tuesday and Wednesday.

Major League Baseball announced its 2019 regular season schedule Wednesday. All clubs will play their first game on Thursday, March 28, except for the Mariners and As, who will open the season on March 20 in Japan.

The Reds will play just 79 of their home games at Great American Ball Park during the 2019 regular season.

As part of MLB's return to Monterrey, Mexico, in 2019, the Reds will host The St. Louis Cardinals for a two-game series on April 13 and 14 at the Estadio de Béisbol Monterrey.

Check out the full schedule below: