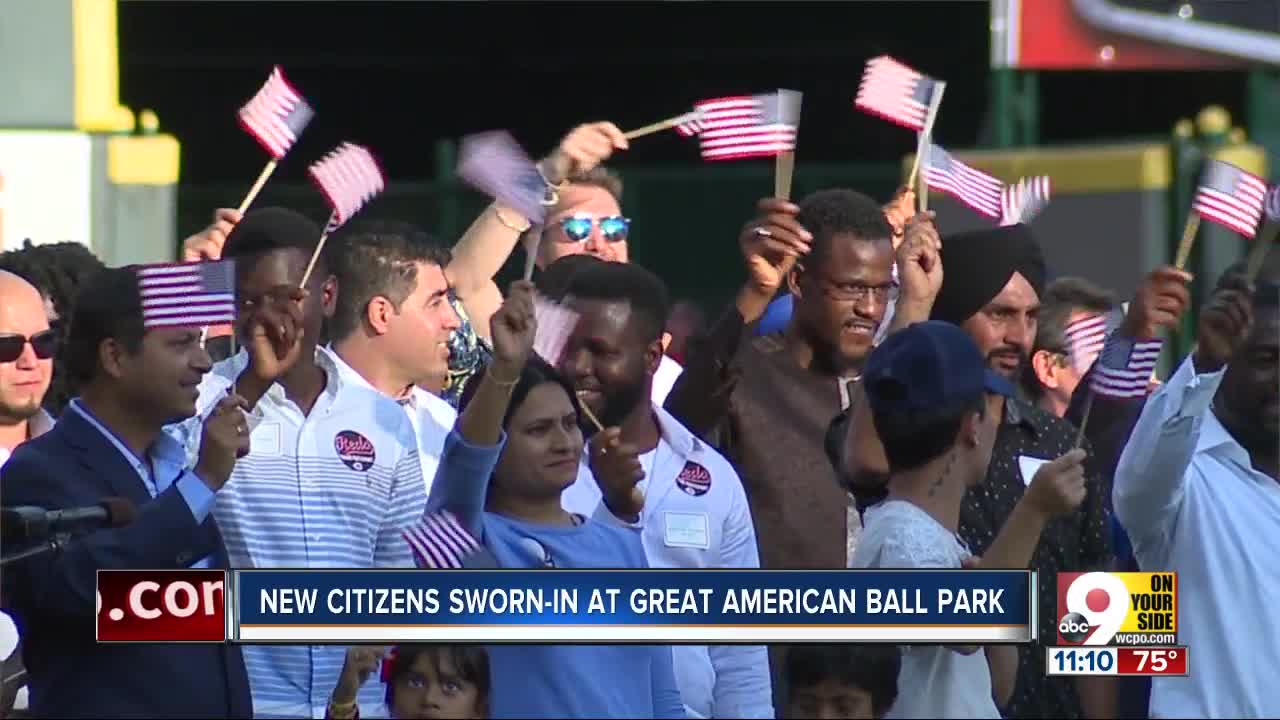 What's more American than baseball? Welcoming people from all over the globe to join us as proud citizens.

“I am so excited,” Mohamad Abu Damebah, who came to the U.S. from Jordan, said. “It is a really, really big day for me. So honored and happy to become a U.S. citizen.”

That big day arrived at the end of a process he described as occasionally “terrifying,” involving far-reaching investigations into his life and his marriage. It was hard, he said, spending so much time wondering if he would be allowed to stay.

Boubacar Sissoko was eager to become a citizen and join his father, who immigrated from Senegal 20 years ago, in Cincinnati. As a citizen, Sissoko hopes to focus on his education and helping the people he loves.

“I plan to go back to school, do work in my major and probably make my family successful,” he said.

Judge Stephanie Bowman, who performed the ceremony, has sworn in more than 7,000 new Americans over the last nine years. It never gets old, she said.

“To see them stand on the field (tonight) and wave the American flag, I mean, that was just picture perfect,” she said of the GABP ceremony. “It’s what our country is made up of. Just such a diverse community.”