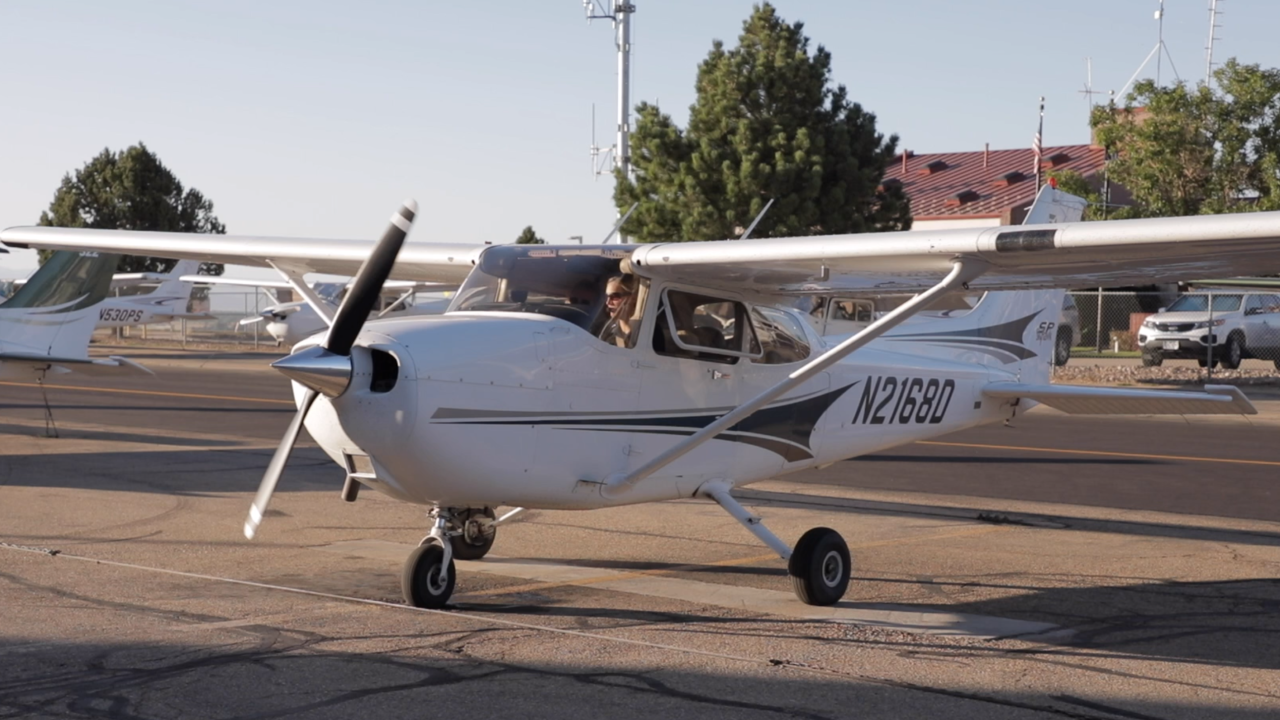 A record number of air passengers are expected to hit the skies by the end of this year, according to the International Air Transport Association. The association estimates a record 3.59 billion, and expects that number to climb to 8.2 billion by 2037.

Aerospace company Boeing predicts 645,000 more commercial pilots will be needed over the next 18 years if that happens.

However, not everyone believes the supply won’t be able to keep up with the demand.

“I think that that’s why they put that out there, because there are a lot of retirements coming up,” she said.

According to the Federal Aviation Administration, there are currently 115,776 licensed commercial pilots in the United States as of December 2018. More than 8,500 of those are between 55 and 59 years old. Another 9,127 licenses pilots are between 60 and 64.

An aging pilot pool is one of the reasons the University of North Dakota’s pilot forecast predicts there will be a shortage of 2,500 pilots by 2020. A mandatory retirement age is just one of the many regulations put in place by the government.

“The pilot shortage is a real thing and I think it’s something that the industry is looking hard at,” Sarah Lion, a student pilot at McAir Aviation in Broomfield, Colorado said. “Less pilots, less flight routes available to passengers.”

Lion made a career change after spending time in the military and the medical field.

Data collected by ISWAP shows that just under six percent of commercial airline pilots in the U.S. are women. FAA data shows more than 12 percent of student pilots are women.

“I don’t necessarily see that ratio of male to female difference because so many women are influxing into the world of aviation,” Lion said.

“Women don’t know about it. You step onto an airline and you’re greeted by a male, usually,” McAir Aviation flight instructor Erin Anderson said. “I didn’t know about it until my early 20’s that it was even an option for me.”

The process from flight school to regional airlines to commercial airlines can take anywhere from two to six years depending on flight hours. Getting flight hours under your belt can cost money.

“Financing can be tough,” Lion said.

More scholarships have been made available for women over the years. For example, the nonprofit Women in Aviation started out by giving two $500 scholarships in 1995. Since then, they’ve tracked almost $12 million in scholarship money for women.

“I think there are a lot more scholarships out there then there used to be,” McCullough, who was hired to be a Delta pilot in 1981, said. “When I was hired, even when I was training, I never even thought about getting a scholarship. That was the furthest thing from my mind.”

ISWAP has given over 200 women scholarships. “It’s still a drop in the bucket,” she said. “It’s so expensive to become a pilot.”

Commercial airlines are actively focusing on recruitment efforts for women. For example, the Hawaiian Airlines pilot pool is now almost 10 percent women, the most of any domestic U.S. airline. United Airlines has 7.49 percent women and Alaska Airlines has 6.64 percent, according to ISWAP.