'Thank you, Cincinnati, for the past 9 years'; Dallas-bound Dalton bids farewell to Cincinnati 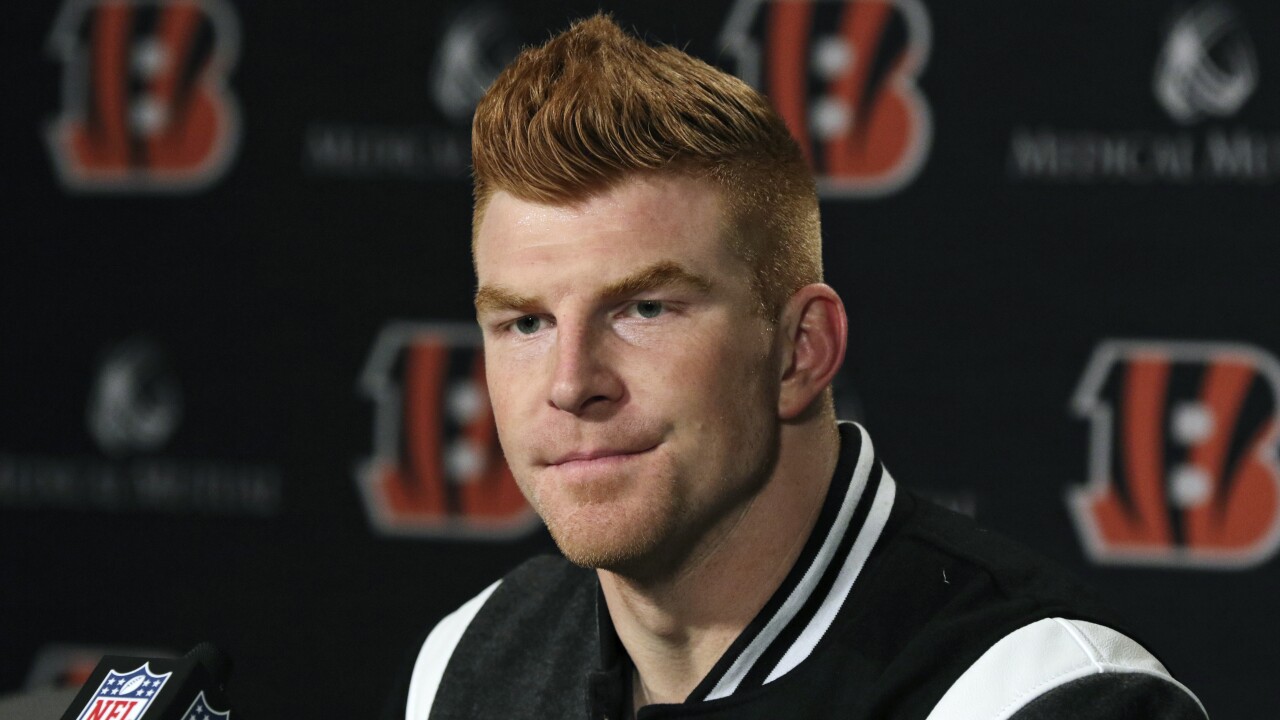 Gary Landers/AP
FILE - In this Dec. 29, 2019, file photo, Cincinnati Bengals quarterback Andy Dalton answers questions after the Bengals defeated the Cleveland Browns 33-23 in an NFL football game in Cincinnati. The Bengals cleared the way for Joe Burrow to lead the team by releasing quarterback Andy Dalton, who holds several of the franchise's passing records but couldn't lead the woebegone Bengals deep into the playoffs. The move Thursday, April 30, 2020, gives Dalton, who had a year left on his deal, a chance to compete for a job with another team. (AP Photo/Gary Landers, File)

Andy Dalton is going home to Texas to be Dak Prescott's backup for the Dallas Cowboys, bidding Cincinnati farewell after nine years as the Bengals' quarterback.

The Cowboys confirmed in a Saturday night tweet that the team and Dalton have agreed on a one-year contract.

The deal guarantees the former Cincinnati starter $3 million and could be worth up to $7 million.

Dalton was born in the Houston area and led TCU to its only undefeated season in the past 81 years in 2010. The Bengals released their nine-year starter after drafting LSU's Joe Burrow first overall.

On Sunday, Dalton issued a thank you on his Instagram page to the city he called home for nearly a decade.

"Thank you Cincinnati for the past 9 years," he wrote. "There are countless memories that will be with me forever. I am thankful for the friendships, my teammates, coaches, and the organization. Y’all pushed me to be better everyday."

Thank you Cincinnati for the past 9 years. There are countless memories that will be with me forever. I am thankful for the friendships, my teammates, coaches, and the organization. Y’all pushed me to be a better everyday. Thank you to the Cincinnati community for supporting the @ajdfoundation. We could not have made the impact we did without y’all. Thank you @jjdalton5 for always supporting me and being by my side every step of the way. I am blessed that we are on this journey together. We will always cherish our time in Cincinnati. Who Dey!