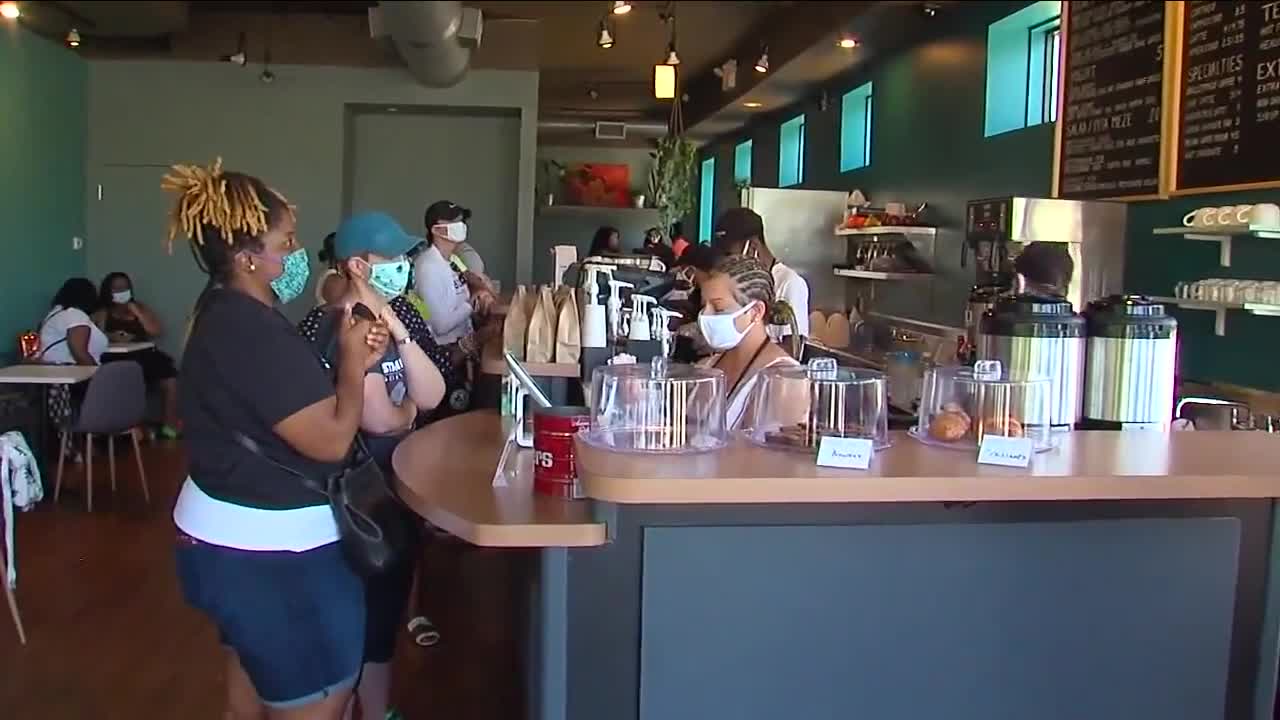 Dozens of Black business owners who responded to the latest survey by the Greater Cincinnati and Northern Kentucky African American Chamber of Commerce said they are in need of more aid money amid the COVID-19 pandemic and Black Lives Matter protests that have fueled the recent economic downturn. 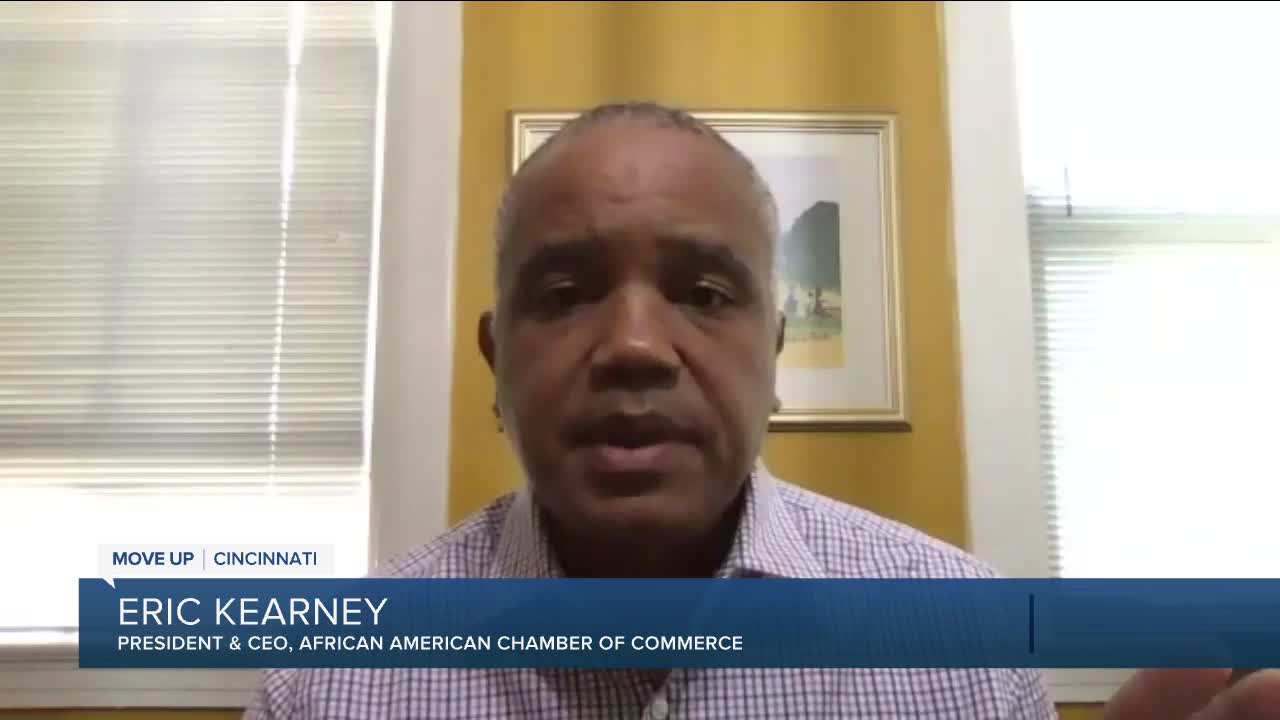 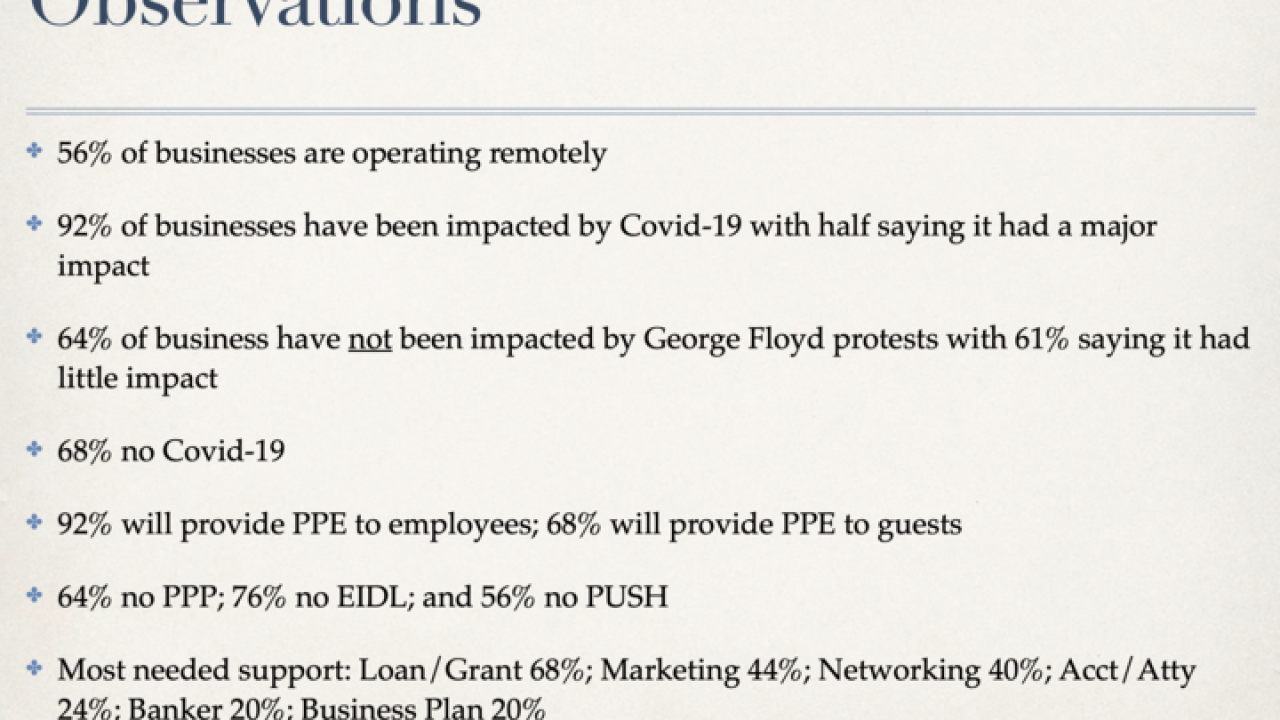 CINCINNATI — Dozens of Black business owners who responded to the latest survey by the Greater Cincinnati and Northern Kentucky African American Chamber of Commerce said they are in need of more aid money amid the COVID-19 pandemic and Black Lives Matter protests that have fueled the recent economic downturn.

Only 16% of respondents received money from the Push Grants coordinated by a number of local enterprises, including the AACC, to give eligible small businesses between $2,500 to $5,000 to help offset financial hardship brought on by the pandemic and recent unrest. Another 28% of respondents were not aware of the grants’ existence.

Aside from loans and grants, business owners said they also needed support with marketing and networking to last through adversities in the market.

“People are anxious for economic activity to return,” said Eric Kearney, the president and CEO of the African American Chamber. “Money's not coming in the way that it was, but bills are still there.”

The survey was issued to the AACC’s membership of approximately 600 businesses with a 9 percent response rate. The questionnaire was open during the last week of June up until July 3; respondents shared their answers to multiple choice and essay entries. The AACC’s membership largely consists of owners between the ages of 30 and 45.

Kearney pointed out the various elements that make Black-owned businesses especially vulnerable in the current climate. He notes that most of the respondents have small companies with fewer than 10 employees, and that Black business owners are at greater risk of problems like non- or late payments for services from clients.

Kearney, a lawyer, had suggestions for Black business owners who are struggling to stay afloat during these unprecedented times.

“If you fought to get open, I would say stay open and try as best you can to continue,” Kearney said.

He upheld the importance of building a support system through cultivating relationships with bankers, accountants and lawyers. Communicating with people to whom business owners owe money — such as landlords, suppliers or vendors — is also crucial. Kearney was also emphatic about the importance of owners being able to adapt to the technological trends and demands that have transformed the way society engages and conducts business.

“If your laptop or your hard drive, whatever you've got, is not meeting your needs, you've got to get rid of it," he said. "You got to get on board. I mean, you just have to do it if you're going to stay in business.”

Kearney said the AACC is working on a program to help their Black owners overcome technological divides that have left them at a disadvantage in comparison to other business that are more savvy and better-resourced. Still, he credited owners he sees who are taking on their challenges in stride.

“There's a resolve, a determination, that is found in our membership, that is really admirable,” Kearney said. “People are fighting the good fight.”