'They're fighting for generational wealth' 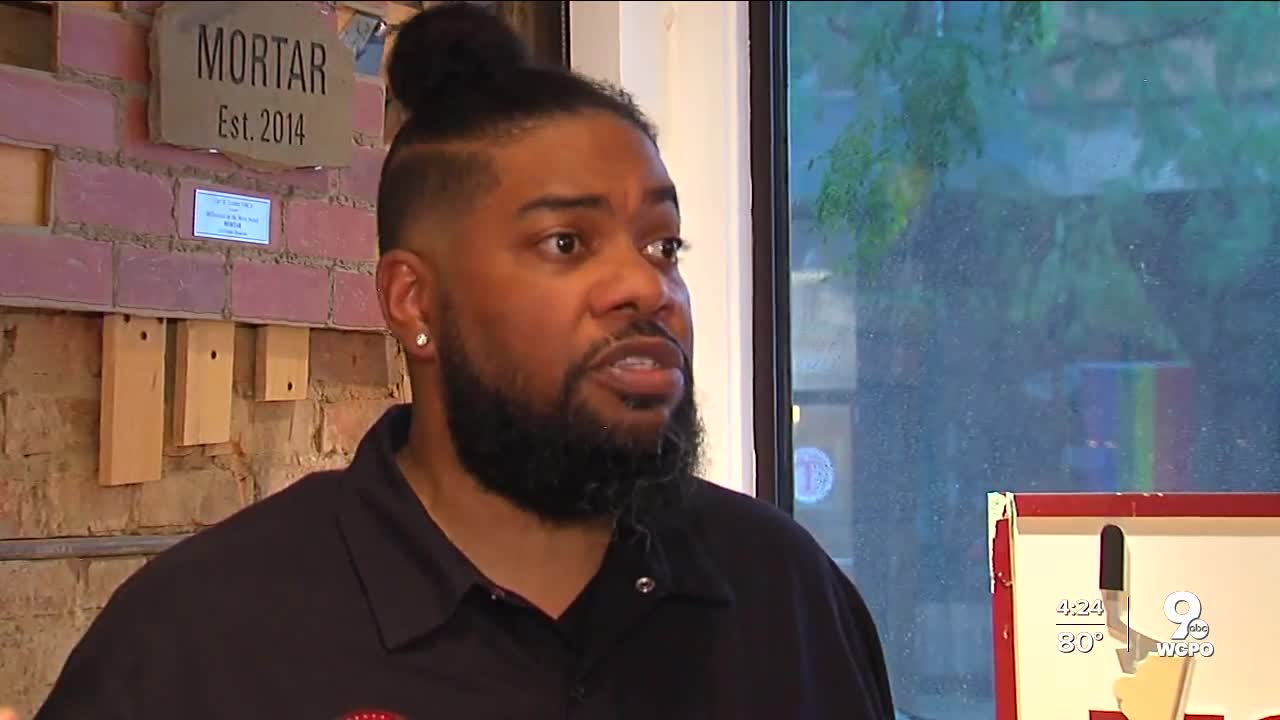 The coronavirus pandemic has made these last few months difficult for businesses of all kinds. But the economic crisis has been especially tough for black business owners. Seeing damage to black-owned businesses on the heels of protests demanding racial justice has compounded the pain. 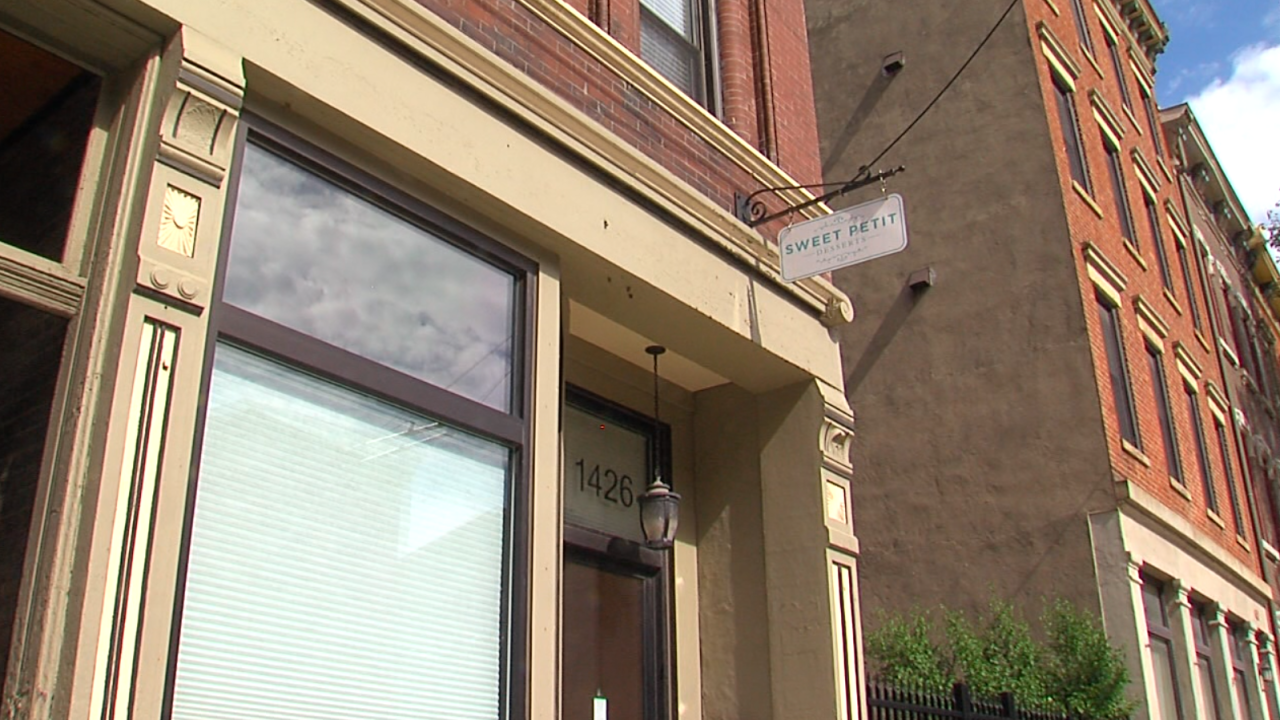 CINCINNATI — Taren Kinebrew’s allergies were bothering her the evening of May 30, so she went to bed early, hoping to feel better in the morning.

Instead she woke up the next day to find a series of missed calls, frantic texts and Facebook messages on her phone, with the same questions over and over: Was she OK? Was her Over-the-Rhine bake shop, Sweet Petit Desserts, OK?

Kinebrew asked her husband what had happened, and he explained that some businesses in Over-the-Rhine and Downtown had been damaged and looted overnight following protests over the police killing of George Floyd. Some of the damaged businesses were black-owned.

Hoping for the best, Kinebrew got to her bake shop as quickly as she could. Sweet Petit Desserts was fine, but she was shaken.

“It’s just been a very weird time, and I can speak for many black people,” she said during an interview with WCPO 10 days later. “We’re tired. We’re angry. We’re exhausted, you know. We just want to live our life just like everybody else.”

The coronavirus pandemic has made these last few months difficult for businesses of all kinds. But the economic crisis has been especially tough for black business owners.

A working paper released last month by a researcher at Stanford University found the early effects of the pandemic resulted in the largest drop in business owners on record. The number of active business owners in the United States dropped by 22% overall from February to April, according to Robert Fairlie, a visiting professor at the Stanford Institute for Economic Policy Research.

African American business owners, though, experienced a 41% drop, more than any other demographic group Fairlie reviewed.

Seeing damage to black-owned businesses on the heels of protests demanding racial justice has compounded the pain for many African American entrepreneurs, said Allen Woods, co-founder and executive director of MORTAR, an entrepreneurship training organization.

“We were hand-holding through COVID, and then now we’re still navigating this particular scenario,” Woods said. “It’s just a lot for us as an organization. But it’s a lot more for those individuals to know that they’re doing this, and they’re fighting for their freedoms, their legacy. They’re fighting for generational wealth.”

‘Engine of employment’ that struggles to get fuel

Studies have found building a strong, sustainable business truly is a fight for many black entrepreneurs.

A 2002 study commissioned by the U.S. Department of Commerce’s Minority Business Development Agency, for example, found access to capital was “the most important factor limiting the establishment, expansion and growth of minority-owned businesses.”

“Minority-owned businesses continue to be the engine of employment in emerging and minority communities,” states a summary of the study on the Minority Business Development Agency’s website. “Without adequate capital minority-owned firms will fail to realize their full potential.”

All these years later, that struggle to get capital persists, especially for black-owned businesses, Woods said.

Black entrepreneurs often don’t have the friends or family members who can lend them money to get started the way many white entrepreneurs do, he said.

“My great-grandparents were literally not legally allowed to purchase a home,” Woods said.

Not owning a house means there is no way to borrow against it to help a relative start or grow a business, he added.

One or two people often run the businesses, he said, whether that’s a husband-and-wife team or two friends or partners. They typically average total revenue of about $100,000 per year, Kearney said, and businesses that small are less likely to have strong banking relationships or accountants on staff to help prepare loan applications.

The African American Chamber provides support and programs for those businesses, of course.

And MORTAR helps train people who want to become entrepreneurs to build wealth for themselves and their families. Woods said 89% of participants in MORTAR’s program are black.

The Cincinnati business community has spent years working to grow bigger black-owned businesses, too, through the Minority Business Accelerator housed at the Cincinnati USA Regional Chamber.

The accelerator was born from the aftermath of the riots in 2001 after a Cincinnati police officer fatally shot Timothy Thomas, an unarmed black teenager.

Charlie Luken, who was Cincinnati’s mayor at the time, formed a commission called Cincinnati Community Action Now, known as Cincinnati CAN, to determine root causes of the riots. The group concluded economic disparity was among them.

Cincinnati CAN recommended forming the Minority Business Accelerator to help sizable black-owned businesses grow larger in order to increase employment, build wealth and help reduce that economic disparity. The accelerator started in 2003 and later added Hispanic companies to its mission. It also works with local corporations, which set goals for spending with local minority-owned companies.

Kearney says the accelerator has made a difference, as have many of the African American Chamber’s programs and MORTAR.

But, he said, the region still faces challenges.

“Overall as a community, Cincinnati is segregated, and we have to break down those walls of segregation as it applies to business,” Kearney said. “Some of the things that we can do to tear them down is to work with these businesses or frequent these businesses or tell people about them.”

Black customers have rallied around black-owned businesses reeling from COVID-19 and damages after the protests last month, Woods said.

After Black Coffee on Elm Street Downtown got hit during the unrest, owner Means Cameron decided to leave his coffee shop’s broken window uncovered a while to show what had happened, Woods said. It has since been covered with plywood.

Cameron could not be reached for this story. But Woods said Black Coffee got so many contributions to help fix the damage, Cameron was able to use some of the money to help other black business owners.

“That’s what it’s about,” Woods said. “It’s about building community.”

As difficult as it has been for Kinebrew to keep Sweet Petit Desserts going through COVID-19 – and now to deal with the emotional weight of the protests and unrest – she said she won’t give up.

She and a business partner just opened their own coffee shop – Cream + Sugar – in Evanston. And she’s hoping the support the broader community has displayed during the protests will translate to supporting black-owned businesses like hers, too.

Lucy May writes about the people, places and issues that define our region – to celebrate what makes the Tri-State great and shine a spotlight on issues we need to address. She has been reporting on minority-owned businesses in Greater Cincinnati for more than 20 years. To reach Lucy, email lucy.may@wcpo.com. Follow her on Twitter @LucyMayCincy.