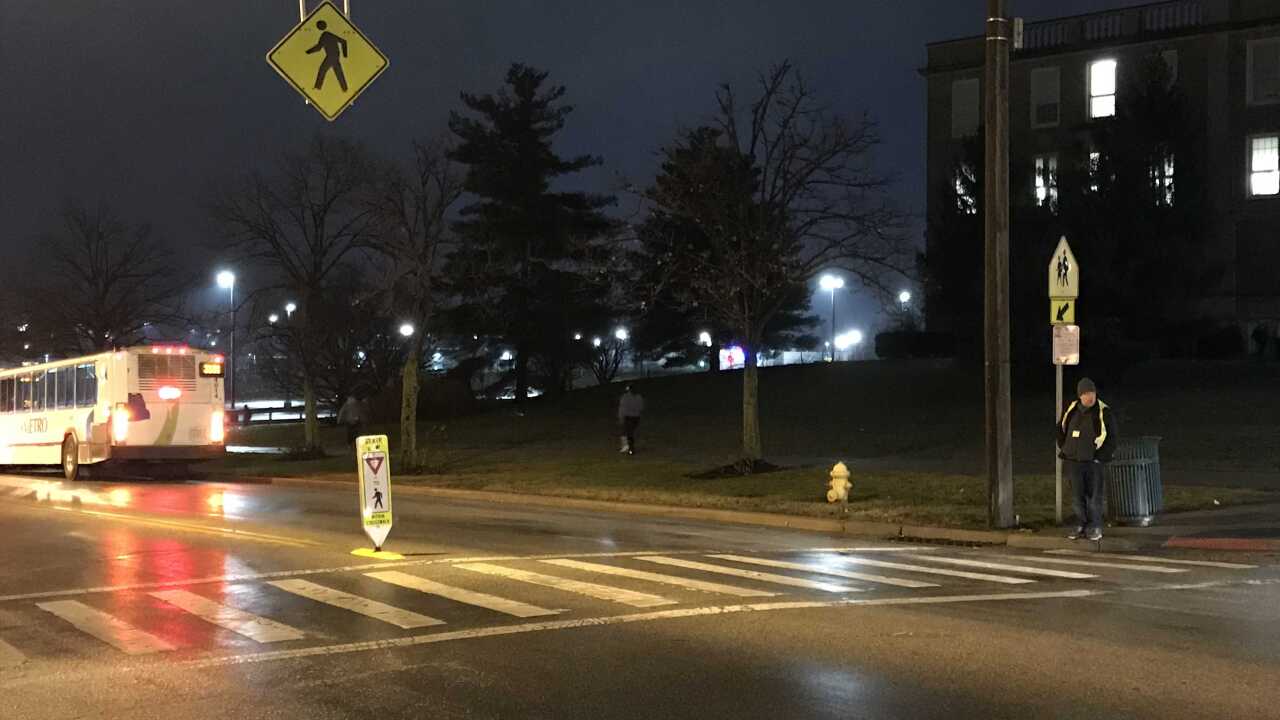 "No child should ever have to fear for his or her life when simply trying to walk to school," said City Council member P.G. Sittenfeld in a news release Friday. "There are a number of solutions we can and will implement, and I am glad we could deliver improved lighting on a quick timetable."

In a special meeting of Council's Law and Public Safety Committee Thursday, school officials and parents bemoaned poor lighting on the stretch of Ferguson Road outside the schools as among the major hazards students face walking to school each morning.

The lighting conditions were highlighted a week ago, when parents rallied before sunrise outside the schools to get drivers to slow down .

This is what it looks like on winter school day mornings on Ferguson Rd. at West High and Dater, ~ 7am. Very low visibility, even w/ buses lining the street & a police unit flashing its lights. All the eye-level lighting, headlights make it even harder to see students. @WCPO pic.twitter.com/fqih9qe6Y1

City Traffic Engineer Dennis Lechlak initially said Thursday that it could take four to six weeks to work with Duke to get new lights installed.

He also cautioned council members against thinking of new lights as an "end-all, beat-all solution."

"What we struggle with is, people have been going to school in the dark for a long time. The clock hasn’t changed," Lechlak said. "So, although lighting may be improved, what’s the real problem we’re trying to solve? What are the issues? Is it the location of the lighting? Is it the amount of the lighting? Is it driver behavior? Clearly it’s probably a combination of all those things, not just one of those things."

The city's director of transportation and engineering, Joe Vogel told council members Thursday that he would convene a task force next week, consisting of officials from his department, Cincinnati Public Schools, Cincinnati police and the transit authority.

Vice Mayor Christopher Smitherman -- who chairs the Law and Public Safety Committee -- said he expects a follow-up report from the Department of Transportation and Engineering at the committee's next meeting, scheduled for Jan. 7.