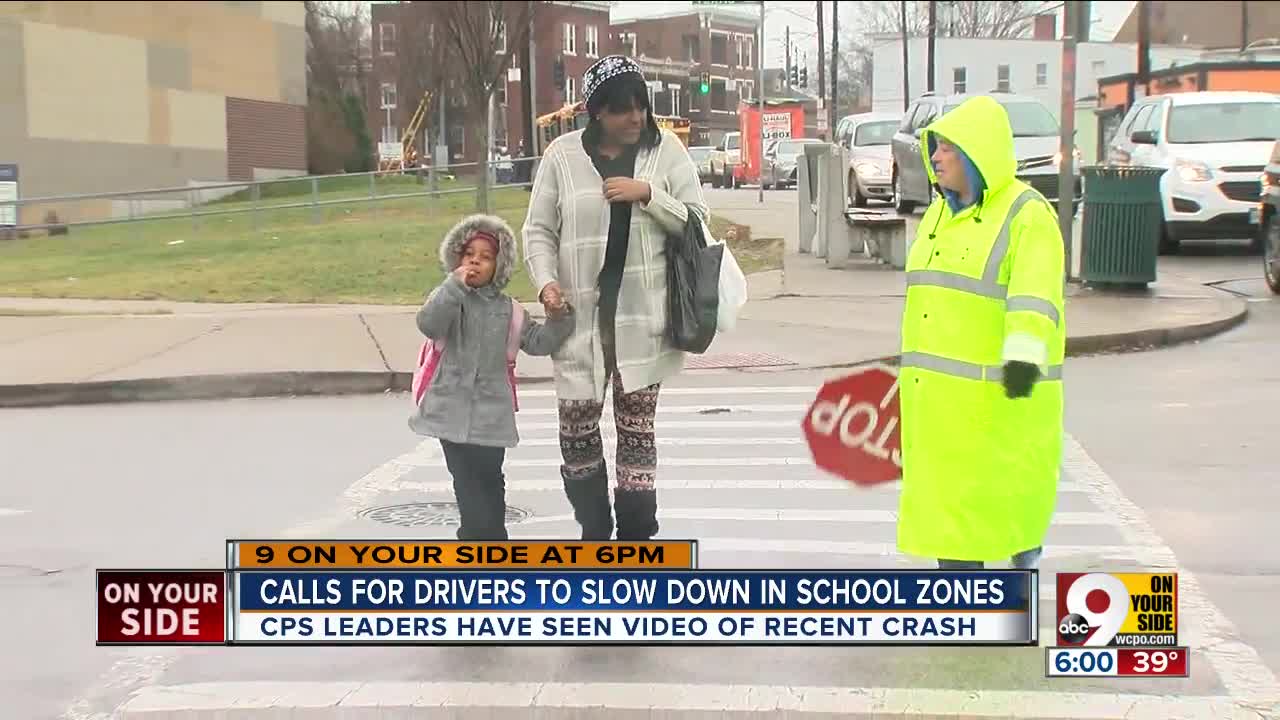 Parents gathered before dawn Friday outside Western Hills University and Gilbert A. Dater high schools, brandishing neon signs with a simple request to drivers on Ferguson Road: Slow down. Shawna Rodriguez wiped away tears as she addressed reporters and the crowd of gathered parents. Her daughter, Gabby -- then a freshman at West High -- died in September after two cars struck her on Harrison Avenue on her way to school. "We cannot continue to have our children crossing four lanes of roadway," she said. 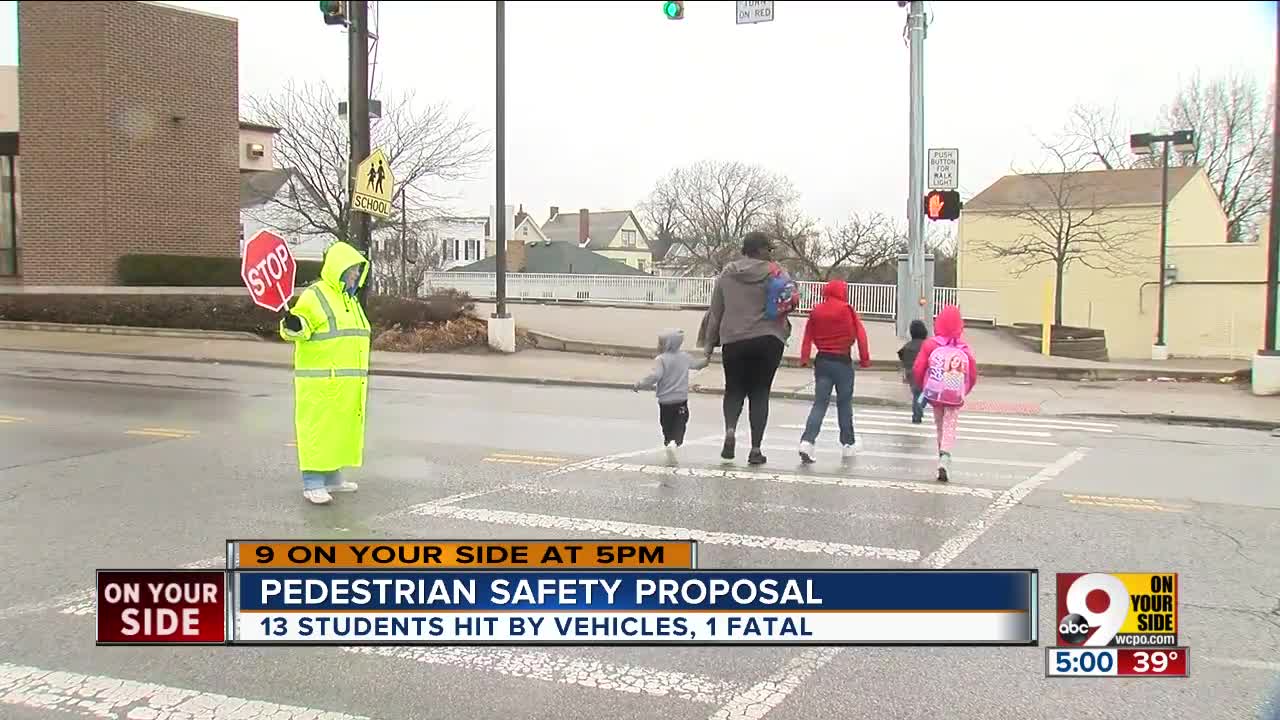 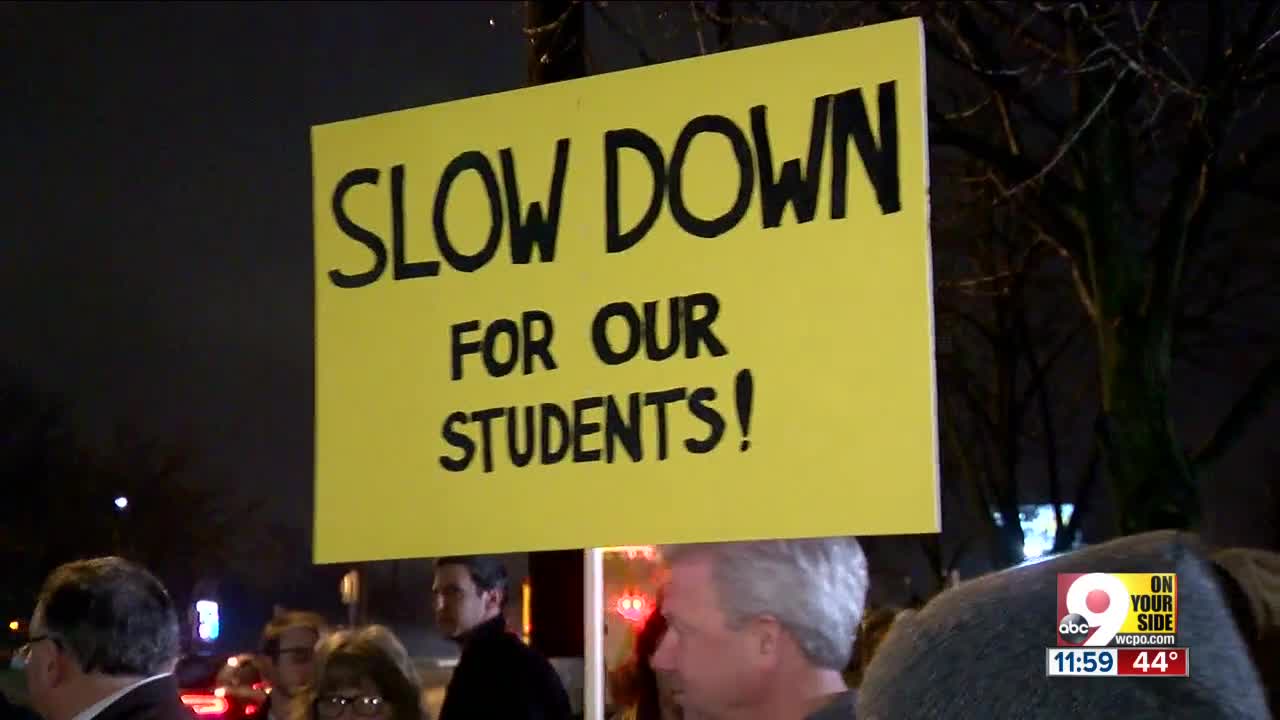 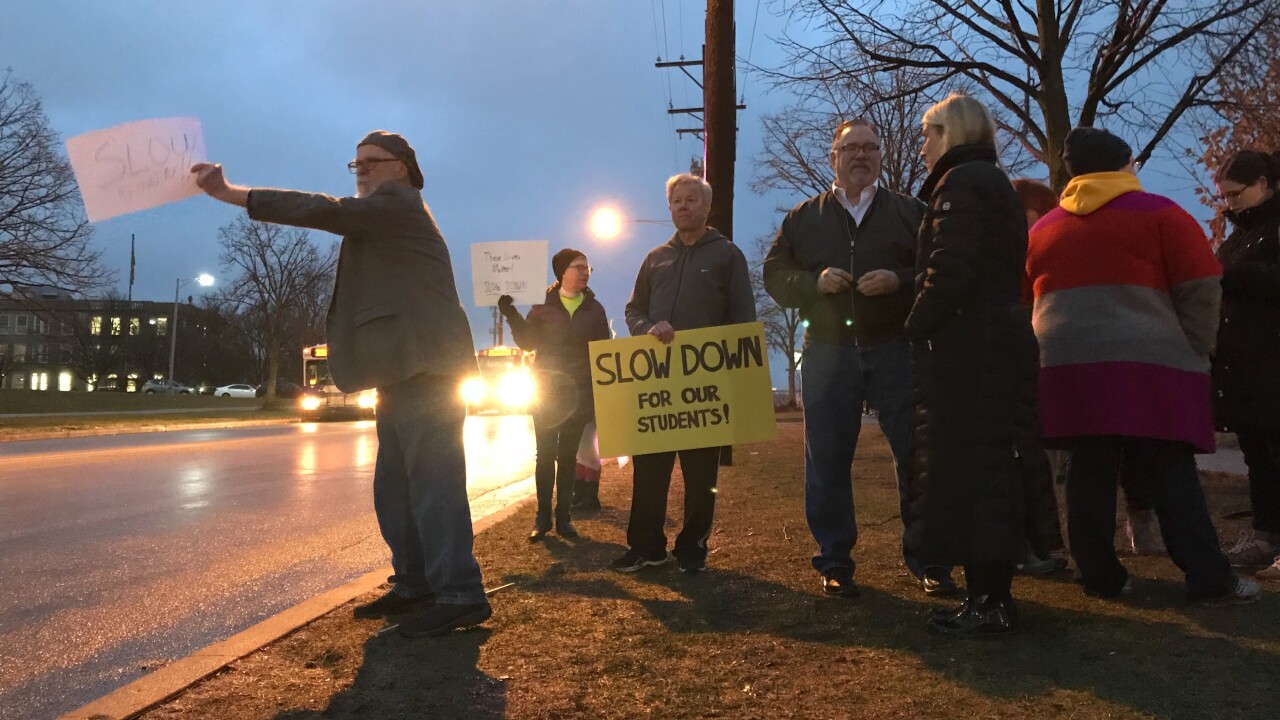 CINCINNATI — Parents gathered before dawn Friday outside Western Hills University and Gilbert A. Dater high schools, brandishing neon signs with a simple request to drivers on Ferguson Road: Slow down.

Shawna Rodriguez wiped away tears as she addressed reporters and the crowd of gathered parents. Her daughter, Gabby -- then a freshman at West High -- died in September after two cars struck her on Harrison Avenue on her way to school.

"We cannot continue to have our children crossing four lanes of roadway," she said.

Standing behind Rodriguez was Dater mother, Asia Allen, whose daughter, Kenya Austin is recovering from a fractured femur after a driver struck her at the nearby intersection of Ferguson Road and Prosperity Place. That crash occurred just a week prior to Friday's rally.

Two more students went to the hospital this week with injuries after drivers struck them on their walks to school through West Price Hill.

READ MORE: Why are so many drivers hitting students around West High?

Allen also addressed the crowd, mourning Gabby and the roughly dozen other Cincinnati Public Schools students across the district who have been hit this year while walking to school.

"I'm deeply saddened that it took this many injuries to raise awareness about the dangers our children are facing on a daily basis while attempting to navigate the innocent task of arriving safely to school," she said. "As a community, we have to start caring enough for each other's children to use caution while our children are in the crosswalks."

In the three cases over the last week, police said all three students were using crosswalks when they were hit. In one case, a police cruiser was only 20 feet away from the collision.

This has some calling for a "comprehensive approach" to pedestrian safety that includes more infrastructure like flashing lights and signs and narrower streets with fewer lanes, in addition to increased enforcement by police.

"It could be something as simple as needing a better LED light that could provide better lighting on the street, or updated lighting," said Lauren Worley, the chief communications officer for CPS. "That's something we're hoping the Department of Transportation engineering will help us with as we look at this.

The call to action is being heard by people like Worley. The school district has 94 crossing guards, mostly at elementary schools. But more could be hired.

"We'll be adding three new crossing guards when students return to Date High and West High in the new year, in that area, and then we're going to continue to look at those areas," she said.

"What we're calling for is a comprehensive approach that includes all the stakeholders -- not just the schools, not just the city, not just Metro, not just the police department -- everybody," he said.

Bauman pointed to the national "Vision Zero" program that includes a roster of cities committed to reducing the number of fatal crashes to zero in their communities over a certain number of years. Austin, Texas; Boston; Chicago; Los Angeles; Portland, Ore.; and Seattle are among the Vision Zero focus cities that have made such a pledge through pursuing what they call "people-first" policies.

"Other cities across the country do this," he said. "How do we do that? Everything needs to be on the table. Every option."

City Councilman P.G. Sittenfeld stood with the CPS parents Friday morning. He told WCPO that Ferguson Road exemplifies all the different facets of what makes a road hazardous for people walking.

"Obviously now, this corridor has to be triaged in a sustainable way, but this is a whole-city issue," he said. "We're standing under lights right now that are pretty damn dim -- getting new, bright LED lights in there. One, you can't put a price on a child's life, but, two, there are meaningful solutions that fit well within our budget.

"The reality is that one student, one kid getting hit by a car, one is too many. A comprehensive approach like Vision Zero is the way that Cincinnati has to go."