Transportation systems scaled back, others suspended amid spread of coronavirus 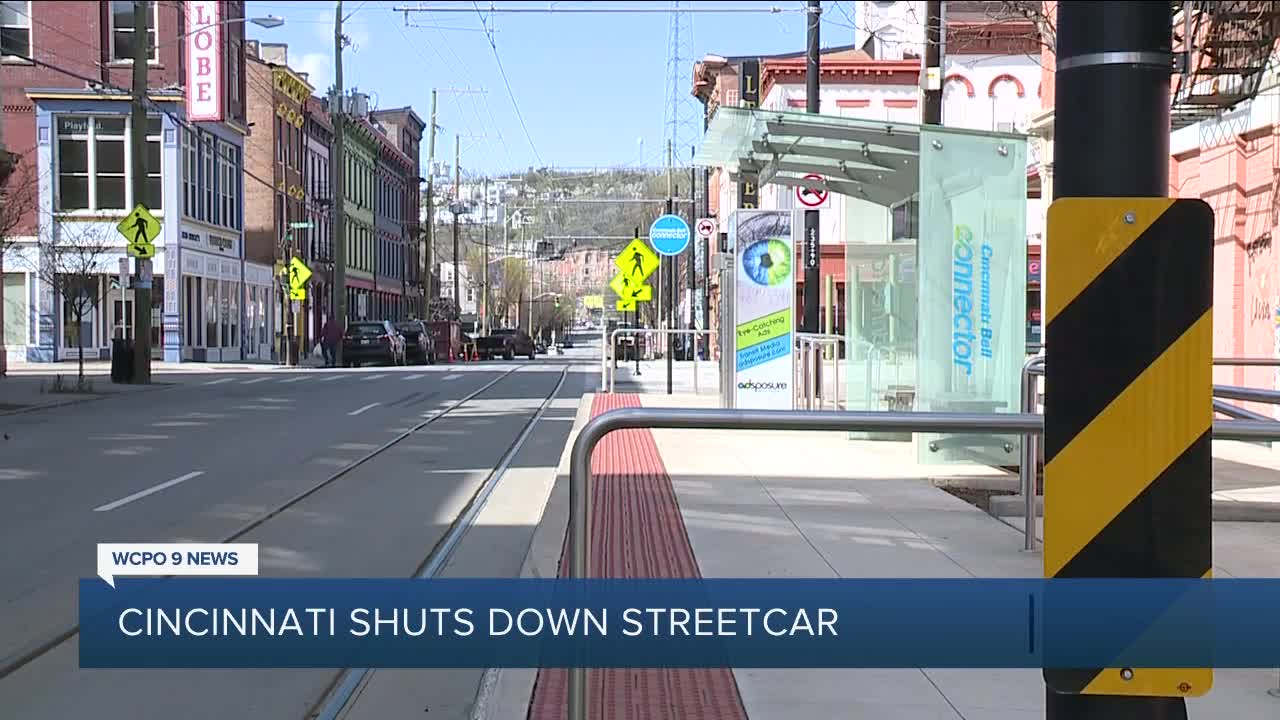 Mayor John Cranley announced the city would temporarily shut down the Cincinnati Bell Connector, bike shares and electric scooter rentals to prevent the spread of COVID-19.

CINCINNATI — The city's streetcar, bike share and electric scooter rental joined other public transportation systems that have taken a hit as the coronavirus continues to spread throughout the Tri-State.

In his daily briefing Monday afternoon, Cincinnati Mayor John Cranley announced he and Health Director Melba Moore decided to suspend the three services "until this emergency is over," amid concerns that using them could perpetuate the virus' spread.

"We are closing the streetcar during this time to protect the public from increased exposure risks to COVID-19, which can survive on metal surfaces that are routinely used by streetcar riders," Cranley said. "Similarly, we are shutting down bike share and scooters because it is virtually impossible to make sure they are clean between each ride."

Streetcar crews had initiated additional cleaning protocols, but the potential risk as well as a steep drop in ridership pushed Cranley to close it down.

Red Bike -- the city's nonprofit bike share system -- operates more than 50 stations throughout the city of Cincinnati as well as in Covington, Newport and Bellevue, Kentucky. Bird and Lime scooters arrived for users to rent using a mobile app in 2018.

While Cincinnati Metro and Transit Authority of Northern Kentucky buses remain in operation, both agencies recently announced they would scale back their service to weekend schedules. Both transit systems took massive ridership hits in the days following coronavirus-related shutdowns of non-essential industries and businesses and are now facing budget gaps due to lost fare revenue.

"We understand that essential employees must sometimes use public transportation, which is why we're thankful for Metro's leadership to make our buses free, for those who need it during this crisis," Cranley said. "We encourage those who would otherwise use the streetcar or Red Bike or scooters to take advantage of our buses during this time, which covers all of Downtown."

Cranley's decision to suspend streetcar operations also traces back to a looming $60-80 million budget gap the city is facing due to the coronavirus. Also during Monday's briefing, he announced that nearly 1,700 city employees would be furloughed at least until the end of the fiscal year in June.

Over the weekend, Vice Mayor Christopher Smitherman announced on Twitter that he would introduce a motion calling on the administration to suspend streetcar operations for at least 90 days.

"We cannot justify any loss of jobs while continuing to operate the streetcar at this level of ridership," he said.