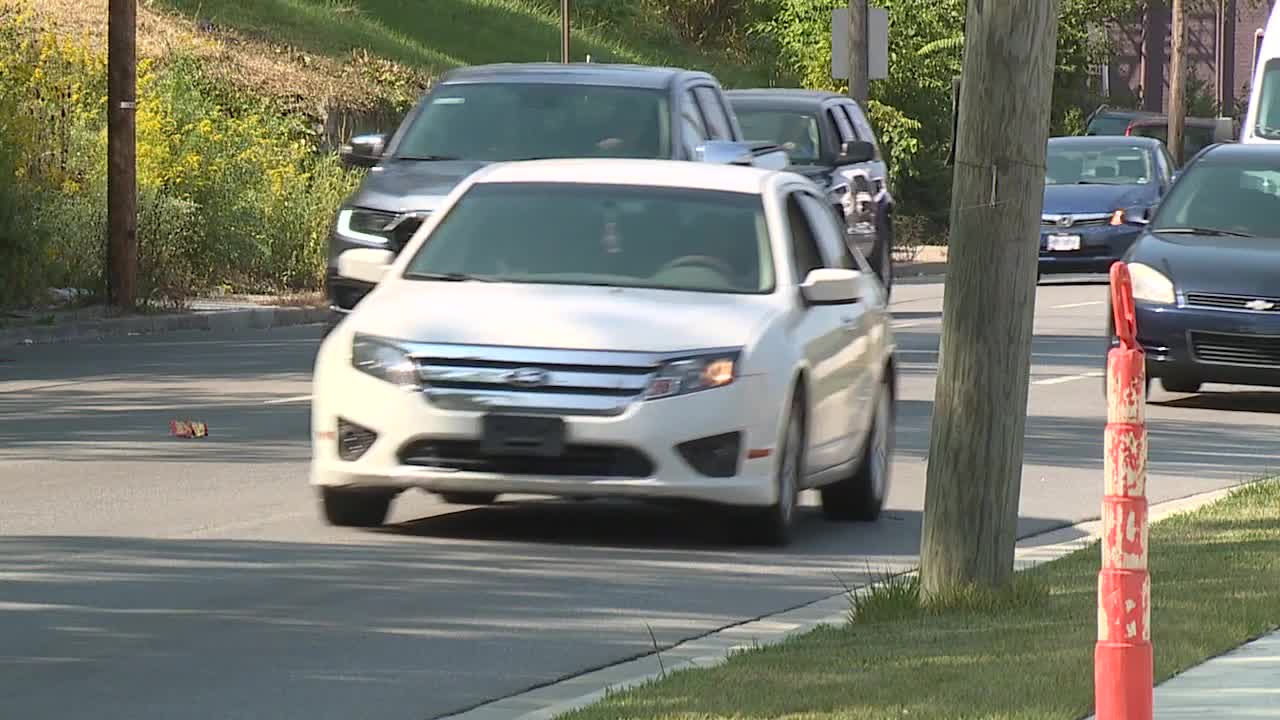 With thousands of students across the region transitioning back to in-person learning, that means a lot more kids walking neighborhood streets in the early morning hours... and the pandemic may have created a learning curve. 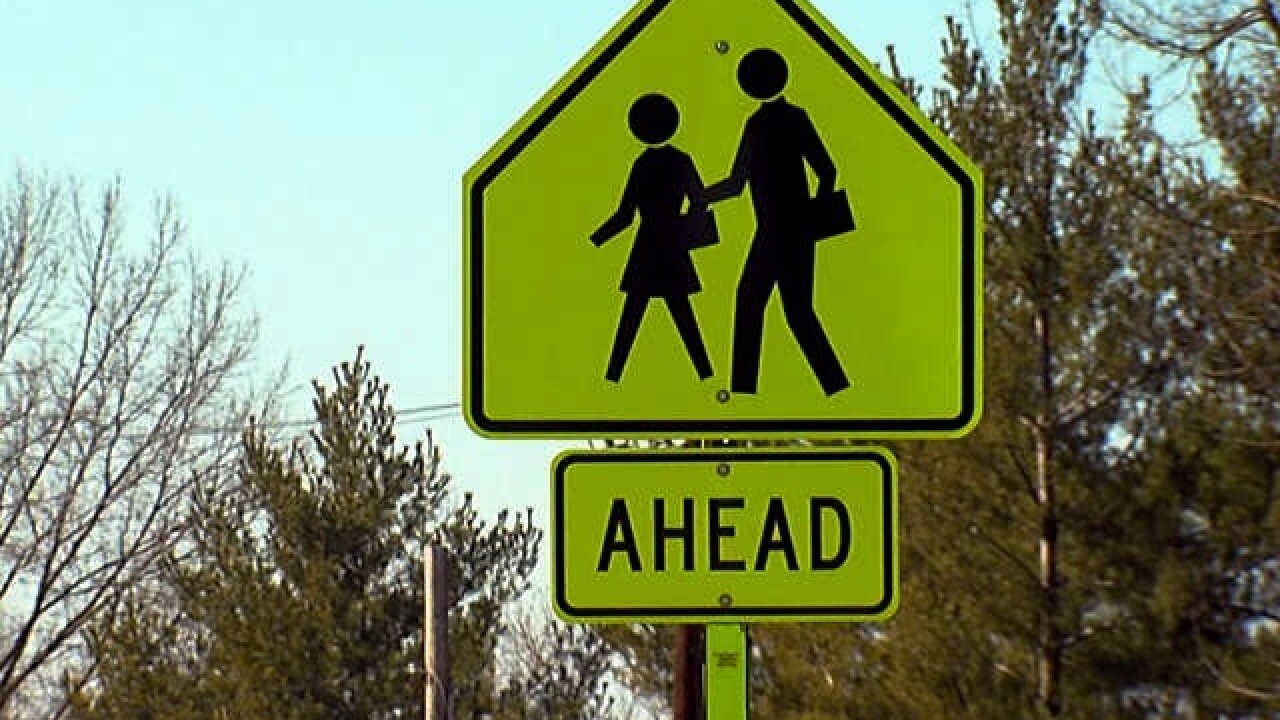 CINCINNATI — Jennifer Hansel spent the last weekend getting her children ready to return part-time to their various classrooms across multiple Cincinnati Public Schools campuses. The Westwood mom, who has five children and stepchildren enrolled in CPS this year, said everyone is thrilled to get back to the classroom, but she still has some concerns.

Taking a short break Saturday from last-minute back-to-school prep, she told WCPO via Zoom, "I'd rather [my kids] be in school than at home because they're not getting the teachers' one-on-one. They're not understanding because some kids can't understand from computers."

But, like parents across the country, she's nervous. "The numbers [are] going up. There's just too much going on," she said. "Kids ain't going to wear a mask all day long. I'm really looking forward to see what this turn-out's like on the bus, in the school."

Beyond the potential for contracting the virus while riding a bus and sharing a classroom with other schoolchildren, she's had another worry on her mind far longer than the coronavirus pandemic: Her overnight job at a medical center in Harrison prevents her from being able to drive her kids to school in the morning.

"I don't want them standing at a bus stop in the morning where it's real dark," she said.

Hansel isn't alone with this concern. As WCPO has reported extensively, the last five years have shown an overall increase in the number of drivers striking people while they're walking through their neighborhoods, a trend that has gained the attention of community leaders and elected officials. While safety improvements have increased as a result, the coronavirus pandemic -- and the way it has impacted traffic patterns and driver behavior -- might create new or enhanced risk for people walking, especially for children and other more vulnerable road users.

WCPO first spoke with Hansel about her concerns nearly a year ago. At the time, she said four of her children attend Western Hills University High School and adjacent Gilbert A. Dater High School just a mile up Queen City Avenue. Despite the relatively short distance, she wouldn't let her kids walk in the mornings.

She said she worried they might leave and never come home.

Hansel's concerns are founded in recent events. In 2018, West High freshman Gabriella Rodriguez was crossing Harrison Avenue in Westwood to catch her Metro bus to school when two separate drivers struck her with their vehicles. The 15-year-old softball star did not recover from her injuries. During that school year, CPS reported that drivers had struck at least 13 students walking to or from school.

In the two years since Rodriguez's death, both Cincinnati City Council and the CPS Board of Education adopted Vision Zero, making the city one of 40 across the country to commit to pursuing policies toward the goal of reducing traffic deaths to zero. CPS was the first U.S. school district to adopt it, and 2019 saw the first statistically significant drop in pedestrian-involved crashes since Cincinnati police began compiling crash data.

Still, Hansel said she remains reluctant to let her kids walk to school in the mornings when part-time, in-person learning resumes this week.

"It's a racetrack," Hansel said over the weekend, referring to Queen City Avenue. She said she thinks that as restrictions have loosened, people are actually driving more aggressively as more drivers get back out on the road more often.

"Trying to, you know, get off the street and watching your turns is hard because some people are trying to beat you to the punch. Like, 'I'll get there faster than you.' It's dangerous," she said.

There might be something bigger behind Hansel's sense that the speeding on Queen City is worse than ever.

Like nearly every aspect of everyday life, the coronavirus pandemic has had a visible impact on traffic trends and driver behavior. Specifically, while Ohio commuters are driving less overall due to pandemic-related unemployment and work-from-home policies, speeding has increased.

The study found not only that drivers are speeding more now that roads are emptier, but that they're also speeding to a greater degree. Ohio crash data indicate that, despite the reduced number of cars on the road, traffic deaths have increased in 2020 from last year.

"There are less cars, but I feel like people are driving faster," said Mike Moroski, Downtown resident, new father and CPS board member. On his nearly daily walks through the urban core and Uptown, he said, the study's findings match what he's observed as more dangerous driving.

Today is 6 months of walking every day w/ James. I lost 100 lbs, he gained 20. I am unsure of impact this will have on our relationship, but I know enough abt childhood brain development 2 know it‘ll be positive. It‘s def done something positive 2 my brain.

"What I've noticed is people going faster because there are less cars, and it's easier to run through red lights because you know that probably nobody's coming from the other way."

Moroski also worries students and drivers will need to get used to watching out for each other in the early morning hours now that school is back in session for the first time since March.

"You're in a routine, you don't do it for six months, you're going to fall out of that routine," he said. "The students have not been accustomed to walking to school during this time; people have grown out of the habit of looking for kids. Not that they did before, but now I fear that it could be even less."

Delays in starting in-person learning has meant thousands of students across the district and the region will make their first walk to school for the year in the dark.

AAA spokeswoman Jenifer Moore said this is a time of year the auto club watches closely as sunrise gets later and later in the morning leading up to the end of Daylight Saving Time.

"We already see changes in the season where it's darker outside," Moore said. "Everyone needs to be extra vigilant about what they're doing while traveling."

According to a 2019 WCPO analysis of crash data, nearly a third of crashes involving children walking occur in the dark or in the morning or evening twilight hours. At the time, three out of six children killed in a pedestrian-involved crash since 2015 were struck in the dark.

Moore recommended, especially during the darker mornings this season, that parents whose children walk to school attach reflective patches to jackets and or backpacks and to take practice walks with students to reacquaint them with their route to school.

AAA offered these additional safety tips for parents, drivers and students when walking or driving near a school zone: