Will 'Reinventing Metro' do enough to offset consequences from food deserts?

Experts say gentrification and displacement can be hidden results of grocery stores shutting down. 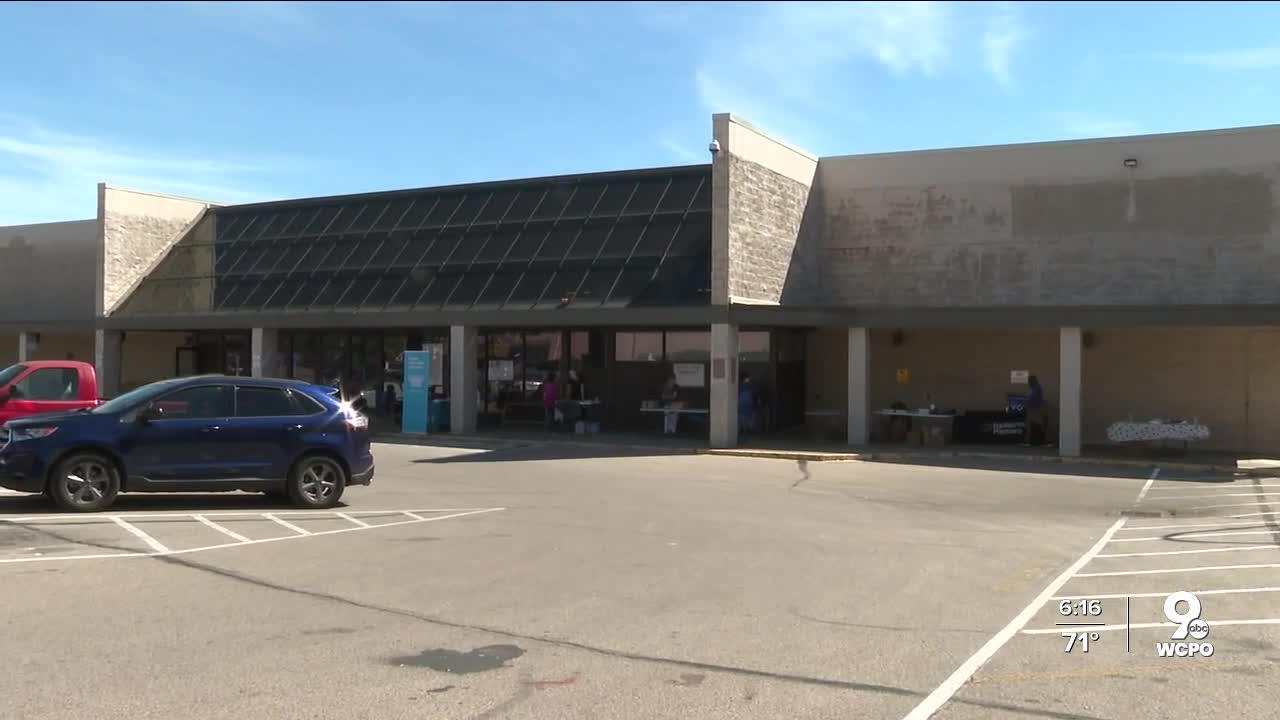 Experts say gentrification and displacement can be hidden results of grocery stores shutting down. 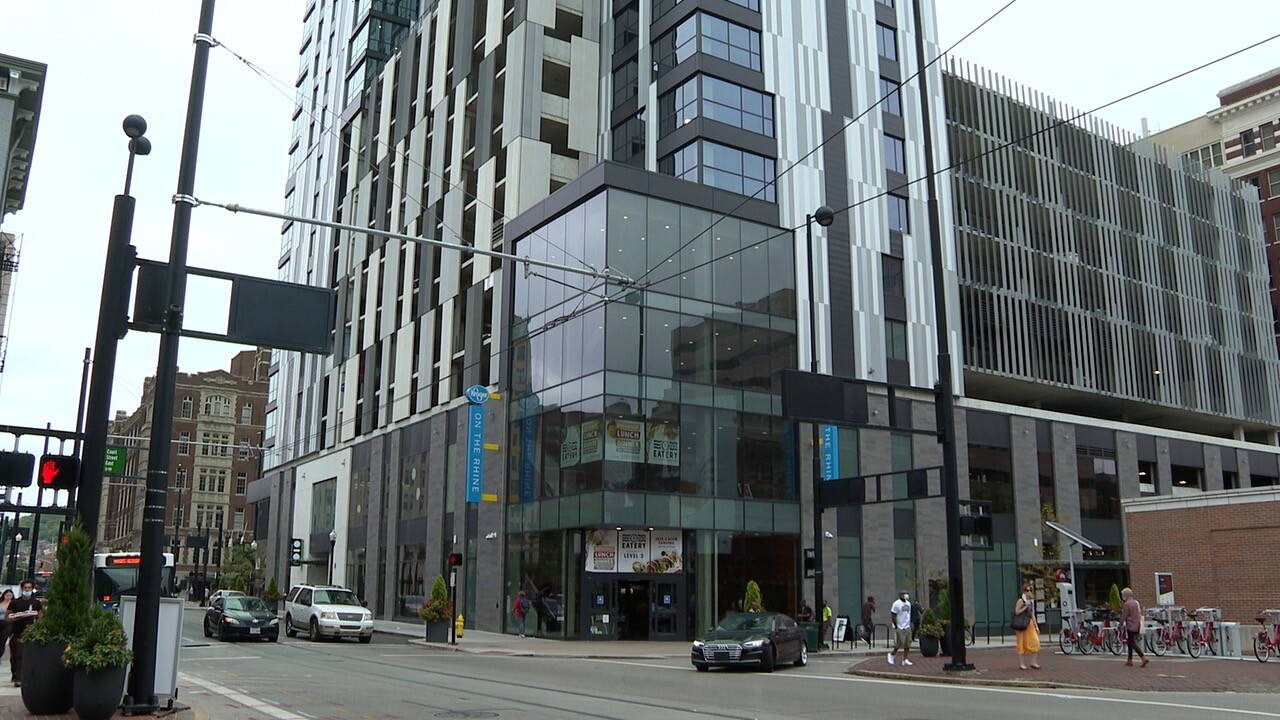 CINCINNATI — Despite high hopes from organizers, a new Cincinnati Metro program meant to connect lower-income areas with job and health-care resources might fall short of addressing the need for food access among Cincinnati's most vulnerable residents.

Experts say that displacement and gentrification can be unintended consequences in areas where disadvantaged groups who rely upon public transit have had grocery stores shut down.

Quality public transportation service can be a tool that protects low-income families from having to relocate — but because Cincinnati's new initiative was largely developed with jobs and health care in mind, it’s unclear just how much of an effect it will have on locals’ struggles to get fresh, nutritious food without grocery stores in walking distance.

Metro representatives and organizers behinds the forthcoming Reinventing Metro improvement plan say they are aware of their shortcomings as a public transit service and how those issues can exacerbate underprivileged shoppers’ challenges in getting to and from grocery stores.

“We wanted people to know that they didn't have to leave their neighborhood in order to access all of the things they need to live their lives,” Jared Kamrass, whose agency Rivertown Strategies helped design the initiative, said. “I can't control, you know, whether or not a grocery store moves into a certain neighborhood,” he went on, also acknowledging that he couldn’t control where companies would hire new talent and create jobs, either. “But what we could do was work to make where you where you live more accessible to all those places.”

Kamrass was the chief strategist on Issue 22 and Issue 7, the ballot measures that created a funding shift that created a pathway for Reinventing Metro to be implemented. He said taking into account the unique needs of the socioeconomic groups who use Metro in varying neighborhoods was crucial to devising the plan.

After spending years collecting feedback from local leaders and entities like businesses, churches and schools, Metro officials set out to expand hours by creating a late-night service, in addition to providing more weekend and 24-hour service on various routes for riders’ various work shifts.

The plan also seeks to offer locals more frequent ride options, as well as to have technological features like its app to make riding the bus more convenient and easier to plan around. Metro officials and organizers explain that the plan's improvements were largely designed to enhance locals’ access to jobs in different neighborhoods, including Clifton, where a number of companies are hiring.

“With the 15-minute frequency on many of our routes, and then the routes that will have 24-hour service, we're making that option of accessing your grocery stores, or food banks or what have you, a lot more accessible for folks,” said Brandy Jones, the Cincinnati Metro’s vice president of external affairs. “If our service goes where people needed to go at the time they need to get there, then it's much more accessible, and it helps you improve their quality of life as a whole. And that really is the foundation of what the Reinventing Metro plan is based on.”

The plan’s rollout has been delayed from fall 2020 until June 2021 due to delays stemmed from COVID-19, meaning it will be a while before riders see improvements in their commutes.

Jones said Metro lacks data identifying which parts of Cincinnati have the greatest need for food access, but that improvements will cover all of Hamilton County.

However, the neighborhoods in Cincinnati that have been recognized for their problems in food access including West End, Bond Hill, Lower Price Hill, Walnut Hills and Avondale, are not on Reinventing Metro’s list of neighborhoods with proposed changes.

More elderly and low-to-moderate-income shoppers are dragging their Kroger bags through different neighborhoods on foot or while riding the bus because of grocery store closures in recent years.

Once the Walnut Hills Kroger closed in 2017, Metro riders and people with special needs told WCPO they resorted to commuting to the Krogers in Norwood and Corryville. Over-the-Rhine residents said they have been traveling further south to the Kroger on Court Street since the one on Vine Street was shut down last year. Mt. Airy shoppers now ride over to Krogers in Monfort Heights and Colerain since their store closed earlier this year.

“If the amenities of accessible grocery shopping is one of the reasons why you moved into the neighborhood, if that amenity is no longer available, one might be likely to leave the neighborhood,” said Littisha Bates, the associate dean for inclusive excellence and community partnership at the University of Cincinnati.

Bates pointed out that large brands like Kroger may not be directly trying to drive gentrification, but that it can be a “latent consequence” of their stores’ shutdowns because of the voids they leave in communities.

When they leave, new amenities such as restaurants and boutiques — ones less likely to appeal to vulnerable, low-income residents — arrive. The replacement of essential services with luxuries can incentivize residents to move out, Bates said. She also believes that rising costs of rent and the limited number of locations residents can reach via Metro marginalizes disadvantaged populations even further.

That, coupled with the fact that Freestore Foodbank projects that over 19% of families are suffering from food insecurity in Hamilton County this year, can be a lot to bear.

“If we think about the setup of suburbs, the setup of affluent areas, and we map that onto transit maps, we see very clearly that there's gatekeeping happening,” Bates said.

“And as we map the closure of Kroger stores, and we map them to these bus line, we can see a trend,” she continued, explaining that the routes can hint at who is more easily able to get to certain stores if Metro is their only form of transportation.

Bates used her own affluent community of Mason as an example, noting that there is only one bus that comes to her city. Her Kroger has upscale products and services like wine tastings that may not be found in other Krogers that are in less wealthy areas.

Tony King of Walnut Hills remembers being able to walk to his nearby Kroger without having to turn off his oven.

“It was really convenient. I could walk from my house up here in three minutes,” King said. “But now, since they’ve done moved, the convenience is not there anymore.”

He now shops in Corryville but doesn’t enjoy the experience as much.

“It’s a lot more congested over there,” he said.

Kurt Reiber, the president and CEO of Freestore Foodbank, said being mindful of transit options and gentrification trends plays an important role in the organization’s work in providing food to food-insecure areas.

He said that when placing its 600 food pantries in the Tri-State area, Freestore Foodbank makes an effort to locate them along bus routes and — as of this year — in areas disproportionately impacted by the pandemic. The organization’s connection center has also given Metro passes to families in need.

Reiber said Freestore Foodbanks’ decisions to house its main office Downtown and its customer connection center in Over-the-Rhine are intentional. Having a strong presence in areas where food insecurity coexists wuth waves of development makes it easier to stay rooted in the community’s needs, educate developers and foster cooperation with corporate partners.

“It's really a hand-in-glove type of opportunity there, so people can really get the foods that they need but also try to maintain their neighborhood identity,” Reiber said. “And that's really critical when you think about everybody working together and being part of a community that we can all live work and raise a family in.”

Although some of Freestore Foodbank’s work is meeting needs for food access where Kroger stores have been shut down — such as its Healthy Harvest Mobile Market, which is held each week at the former site of the Walnut Hills Kroger — Reiber says that Kroger partners with them to provide food that they give away to families.

The organization works to identify disadvantaged, food-insecure areas through partnering with 84.51, a data analytics and marketing company that provides customer insights and strategy for Kroger and a number of other consumer-goods companies. He also acknowledges Kroger’s work in combating waste and hunger through the Zero Hunger/Zero Waste Initiative.

Kroger had yet to respond to requests for interviews at the time this article was published.

Bates said she can’t tell for sure where vulnerable residents displaced by gentrification and frustrations with food deserts are going. No one's collected definitive data on current trends yet.

However, Bates said history shows disadvantaged shoppers who have to leave their homes are likely moving to other low-income neighborhoods that are predominantly populated with people of color, like the population shifts that once occurred from West End to Over-the-Rhine.

“I'm willing to bet they're relocating to other predominantly marginalized communities,” she said. “Because you have to be able to afford where you live.”