How to fix food deserts, according to those who must commute for fresh food

'I’d just like to see them have an easier way for people like me to be able to get to the things they need.' 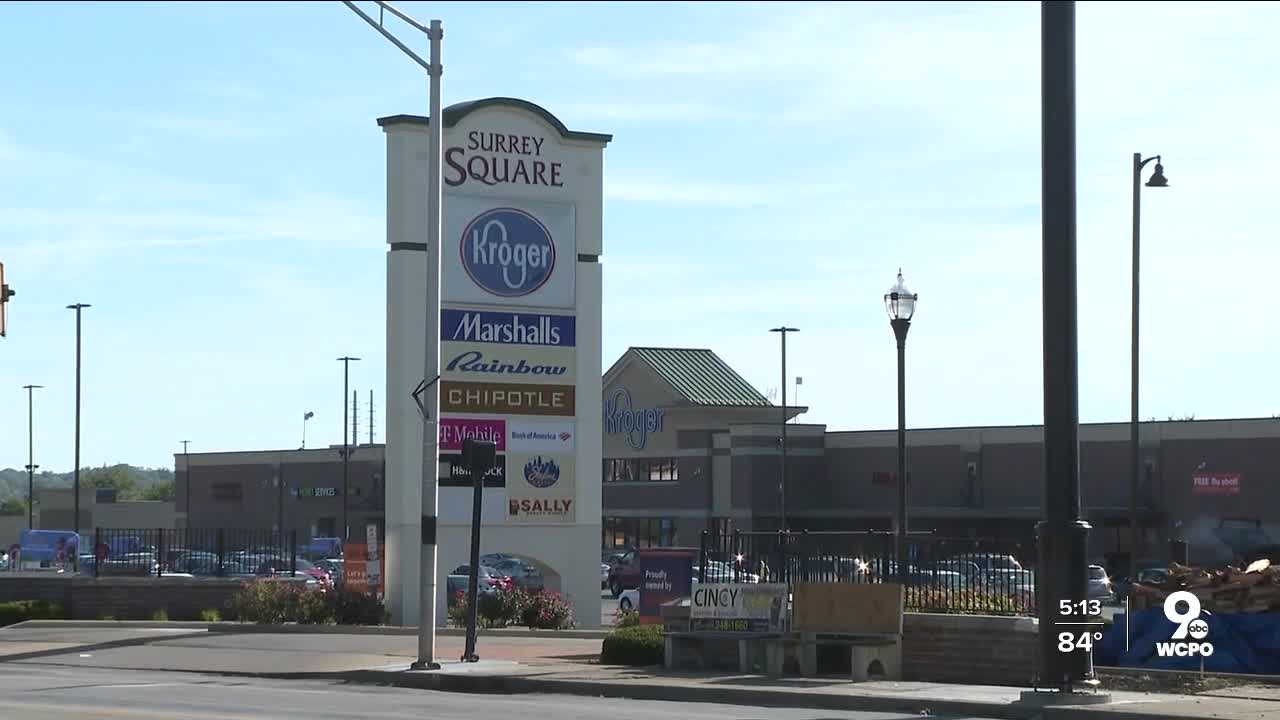 Over-the-Rhine resident Nicole Holloway used to shop at the Kroger location that once stood on Vine Street multiple times a day. Not anymore. 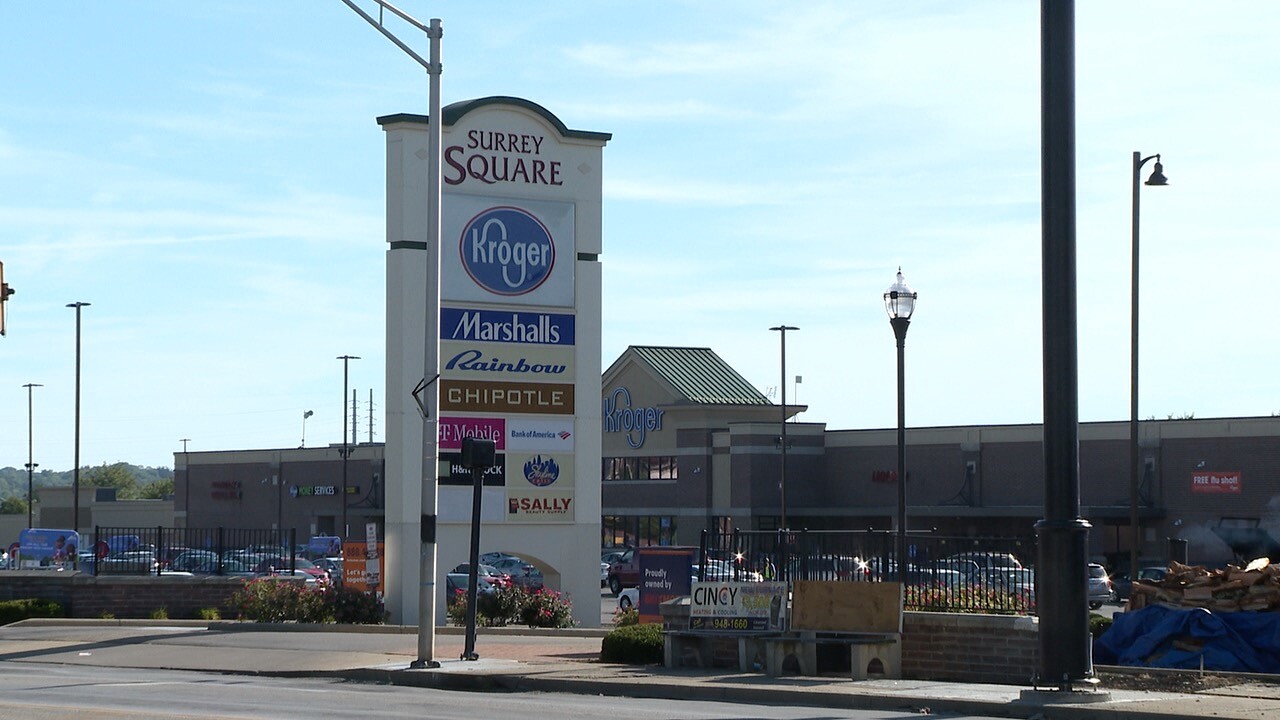 CINCINNATI — Over-the-Rhine resident Nicole Holloway used to shop at the Kroger location that once stood on Vine Street multiple times a day. It was virtually just steps away from her home on Elm Street.

“I probably was a little obsessive with it," Halloway said. "I would go about three or four times a day, just to go back and get milk, or juice or eggs.”

However, the number of trips she now makes to Kroger each month has decreased dramatically since that Vine Street location was closed down last year. These days, she shops at the Kroger store that opened Downtown on Court Street soon after the Vine Street location closed. Holloway says she does not have a car and has generally had to go to the grocery store on foot, using a cart to lug all of her groceries back home. What was once a convenient 5-minute run in her own neighborhood is now a tedious production that takes her at least 30 minutes to walk across town each way.

“I kind of just load up on the things I need for a couple [of] weeks or so,” Holloway said. “The wagon gets very heavy.”

Kroger shut down a number of its Cincinnati stores in recent years -- stores in neighborhoods with significant populations of low- to moderate-level-income residents and people of color. The company states that shutdowns in areas like Over-the-Rhine, Walnut Hills and Mt. Airy were a result of these stores’ inability to make a profit. The shutdowns brought backlash from the public, including notable figures like the Rev. Jesse Jackson, who decried the food deserts that would inevitably spread through marginalized communities.

People like Holloway were forced to adjust to commuting longer distances to access fresh, healthy groceries. Many without cars have had to resort to using buses and cabs to make it to stores. Residents WCPO spoke with said the changes have not only made it harder for them to get food on the table, but has also led them to shop in locations that lack certain things they frequently had bought in the past. In some cases, it has also meant going to stores that lack the familiar, neighborhood-centric tone that defined the Kroger locations they had shopped at in years past.

One of Holloway’s neighbors, Al Sanks, used to frequently shop at the Vine Street Kroger as well. He says he would buy and carry more groceries when the supermarket was just around the corner. Sanks also has to walk to the grocery store Downtown, but similarly struggles to travel with all of the items he needs from the store to his apartment.

“I’m still capable of doing that, but it’s longer and I’m not that young anymore myself,” said Sanks, 64.

The neighbors expressed concern for their older and disabled neighbors who are unable to leave their homes and must rely on relatives or delivery services to pick up their groceries.

Walnut Hills resident Vennie Lyons moves around in an electric wheelchair and shares Holloway and Sanks’ frustrations in finding the groceries he needs. He said is still upset that the Walnut Hills Kroger shut down in 2017, and that he does not have anyone to turn to for help in picking up his groceries for him.

That means he has to travel year-round on the Cincinnati Metro to Krogers in Norwood or Oakley anytime he wants to stock up his kitchen. He said he dreads having to commute in inclement weather during the wintertime and dealing with long wait times just to grab something as small as a loaf of bread. He and the other residents also observed that different locations had varying conditions, amenities and products available.

“The Norwood Kroger, as big as it is, a lot of the things they don’t even have,” Lyons said. “You have to go through that, not being able to get the food that you need or want, where this [Walnut Hills] Kroger, I never had that kind of problem.”

Lyons said that the Norwood location often runs out of lunch meat and that it doesn’t sell certain products that were once sold in Walnut Hills. He also said particular milk brands are unavailable at the Krogers that are now closer to him.

Similarly, Nicole Holloway regrets not being able to buy custom meals from the food counter that once was located in the Vine Street store. She and others in the neighborhood, such as construction and service workers, frequently relied on it for hot lunches.

“The new Kroger doesn’t have [that],” Holloway said. “They just have it where it’s already packaged and you grab it as you go. So, I don’t really like that. I kind of like having that personal experience talking with the lady or the man behind the counter that’s preparing the food, being able to point out what I want, how much of what I want, and that kind of thing. I miss it.”

Holloway and Sanks also said that the character and cultural dynamics in the new Downtown Kroger feel colder and more impersonal than shopping at the old one on Vine Street. They knew the employees at the old supermarket, which made for part of the experience of shopping there.

“It had more of a family feel,” Sanks said of the old Vine Street Kroger. He noted that the one on Court Street appears to have fewer options for products and services than other Krogers in the area. “It feels congested to me, even though they have three floors.”

Sanks said he is not complaining about the changes, though it has taken some time to adapt to the new Kroger. Out of concern for elderly and disabled residents who cannot make it out to the store, he said Kroger should make more accommodations for seniors and handicapped shoppers outside of the franchise’s early bird hours to better serve those who cannot leave their homes.

“I think they’re doing what they can do,” Holloway said of the Kroger chain and the city’s public transit system when accommodating vulnerable shoppers. She recognizes that reducing bus and streetcar fares for these groups could be one solution to alleviate the stress of shoppers having to use public transit to travel farther for groceries.

“I’d just like to see them have an easier way for people like me to be able to get to the things they necessarily need,” Lyons said, “that you don’t have to try to go all over town to try to get what you need.”

Kroger did not respond to requests for an interview for this story.

The opening of a new grocery and other food shops in Walnut Hills in the near future is a possibility. Gary Dangel, the Food Access Coordinator of The Walnut Hills Redevelopment Foundation, said RF is working with The Model Group to revitalize the property where the Walnut Hills Kroger once stood into a multi-use complex including affordable housing and commercial space. The groups have 3 1/2 acres for the $100 million development.

“We have a very active and thriving business district,” Dangel said. “There are a lot of amenities that we need, as well. So within this three-and-a-half acre development, we will be able to have everything that we need.”

In years past, Dangel said, RF has hosted community meetings to field residents’ requests for food access in the space in years past and will continue to engage locals to inform their development plans for the place. Locals have previously expressed interest in bringing in other grocery store franchises as well, like ALDI and Trader Joe’s, which would be smaller and have affordable prices. There has also been interest in creating a co-operative model for the next grocery store that might open in Walnut Hills.

Dangel said their redevelopment plans will also be informed by the experience the RF has gained from organizing a healthy harvest mobile market every Friday in the former Kroger parking lot. There, neighbors have been able to buy fresh foods and enjoy free giveaways from neighborhood vendors and non-profits. He says keeping residents' interests and cultural backgrounds are at the center of the plans for the new complex to resolve issues of food access in the area.

“It really needs to be reflective of this diverse neighborhood that we have in Walnut Hills," Dangel said. "We have diversity of age, income, level, race. It’s one of the things that makes Walnut Hills special.”

The RF and the Model Group will host in-person meetings for the community to hold listening sessions where locals will be able to continue to talk about what they want to see in the area. The groups will also make trips to neighborhood establishments like churches, recreation centers and playgrounds to seek out input in their plans.