Where would an intrastate outer loop go in Northern Kentucky? 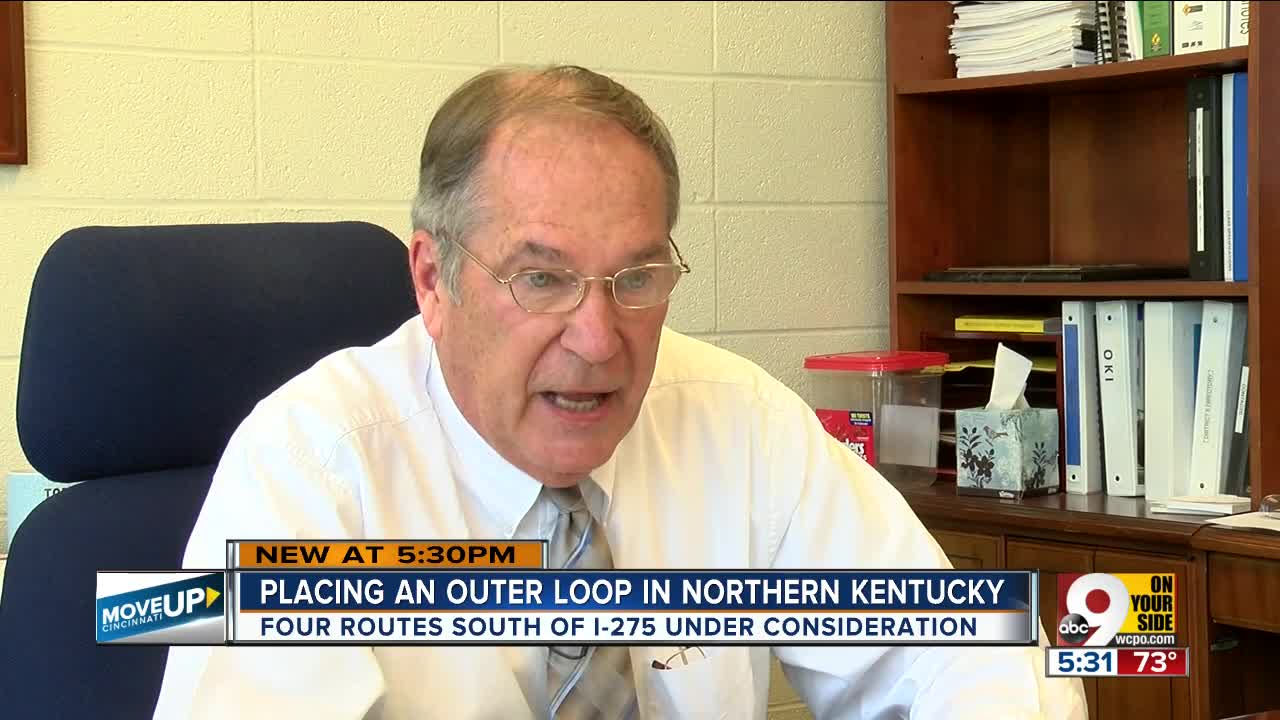 An outer loop highway, somewhere south of I-275 in northern Kentucky, may come to fruition after years of speculation. 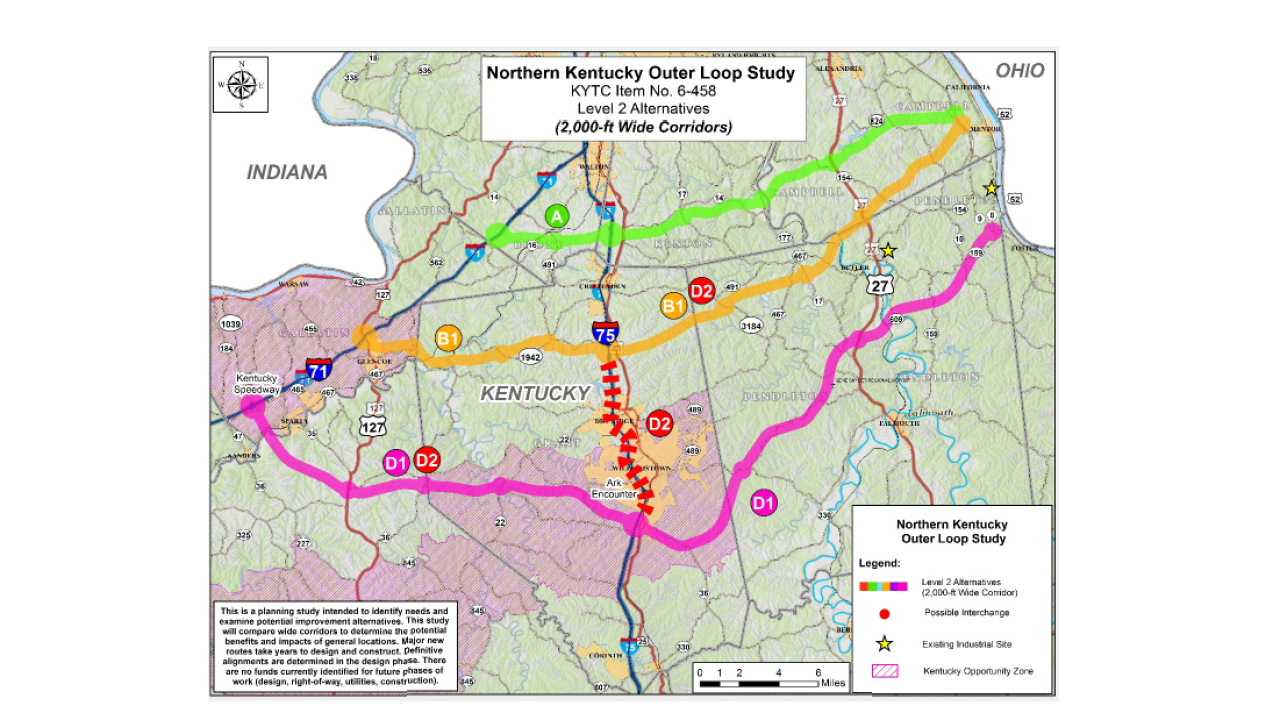 COVINGTON, Ky. — An outer loop highway, somewhere south of I-275 in northern Kentucky, may come to fruition after years of speculation.

The Kentucky Transportation Cabinet is looking at several routes citing northern Kentucky as one of the fastest changing regions in the Commonwealth. The Northern Kentucky Outer Loop Study is examining easier ways for traffic to get from east to west.

"Most of our major roads in this area run north-south," said Bob Yeager, chief engineer for the Kentucky Transportation Cabinet District 6. He noted that U.S. 25, U.S. 27, Interstate 71 and Interstate 75 are all north-south arteries.

"If you're looking at connections, the best way to do that is some kind of connection to connect those all together," Yeager said. "And, where do you do that?"

The $2 million Northern Kentucky Outer Loop Study has asked that question and many more as part of the planning phase for the project. The idea is to generate better traffic flow and economic development opportunities with the addition of an east-west connector.

"If you're looking for something for the future, you certainly ought to be looking at a concept that's 20-30 miles from the downtown point," Yeager said.

Meetings have already been held with public officials from various municipalities and agencies in Boone, Kenton, Campbell, Gallatin, Owen, Grant, Pendleton and Bracken counties to get their feedback on different route alternatives. They started out with seven route proposals and narrowed them to these four:

"The one thing we would have to consider jointly (with Ohio) would be where the (Ohio River) crossing would be," Yeager said.

He added that the information from the study has also been shared with Ohio officials. Communities and counties east of downtown Cincinnati have talked for years about developing an eastern bypass as an alternative to the current bridges over the Ohio River.

The outer loop study does not specifically determine where the highway will be built. But, Yeager said there are no discussions about demolishing anything in the path of roadway.

"We're nowhere close to any of those kinds of things in a concept like this," he said. But, the concept does work with the idea of a 2,000-foot wide corridor.

"With a 2,000-foot corridor, you could move something from one neighborhood to another if that became a real issue," Yeager said. The study has tried to work around some areas like parks and rivers, he said.

Meanwhile, the planning comes at a time when northern Kentucky is anticipating strong growth with the arrival of the Amazon air hub by 2021. The highway could open up growth potential further south of the Cincinnati-Northern Kentucky International Airport.

"Amazon could certainly affect people traveling or wanting to travel up here," he said. "In addition to Amazon, they're growing other businesses. So, this area is booming regardless of this study."

The next step of the study involves more detailed engineering studies and cost estimates for design and construction.