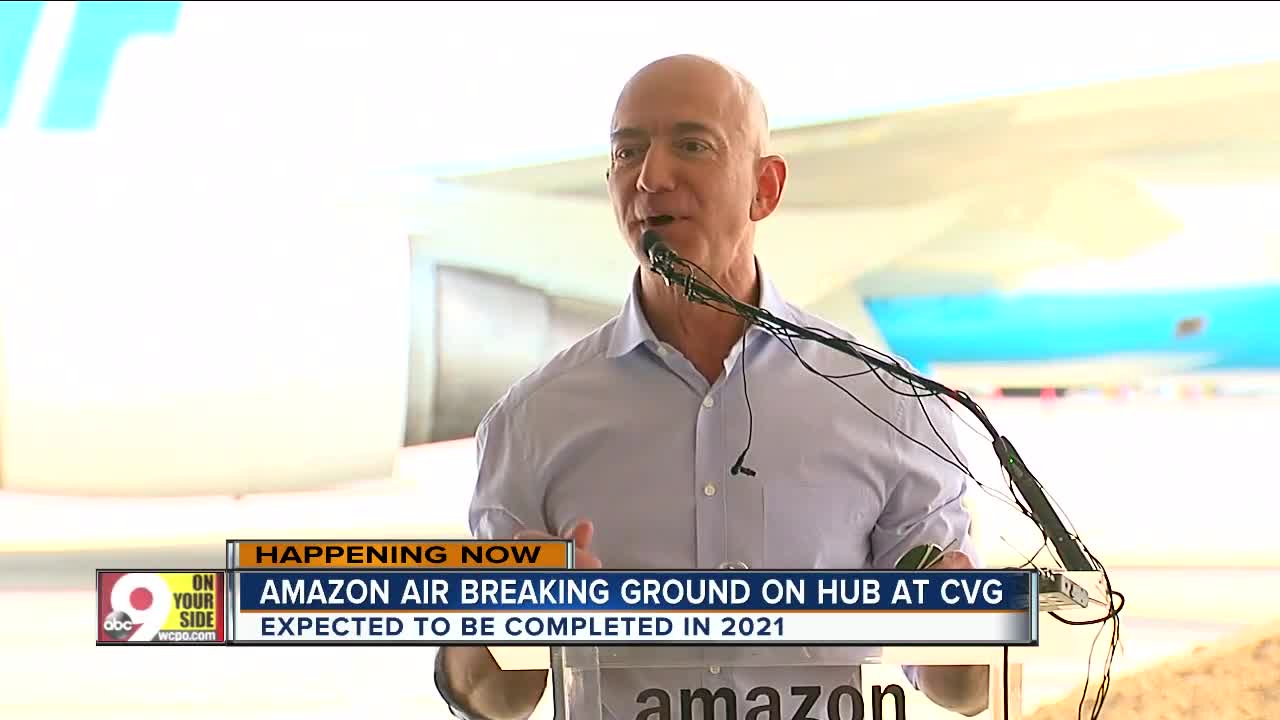 "This hub is going to allow us to get packages to customers faster, and that's a big deal," Bezos said during Tuesday's news conference. "We're going to move Prime from two-day to one-day, and this hub is a big part of that. We're super excited about that."

Last month, Boone County officials referred to the new air hub as a "mega project for the region." Airport officials estimate the facility will add 2,700 jobs to CVG's already-existing 10,000 jobs.

"We could have well over 100 other companies locate here in our region to be near the Prime Air hub," he said.