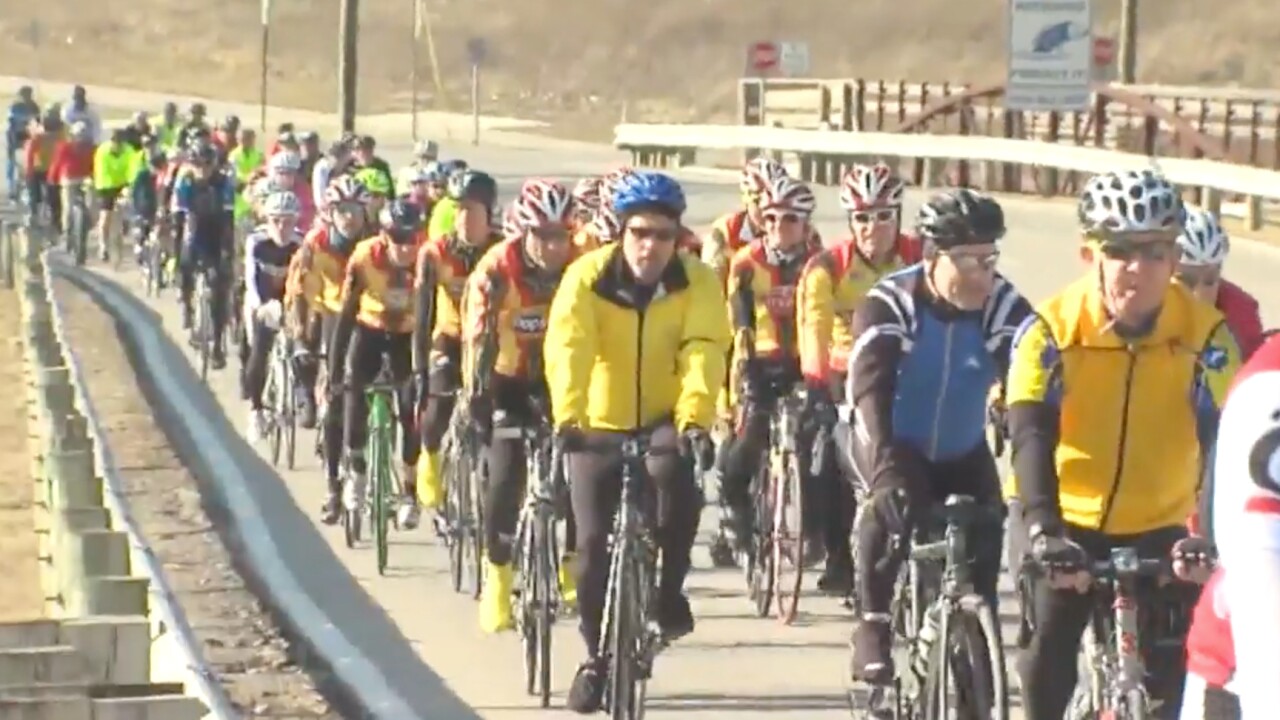 CINCINNATI — Cyclists from all over the Tri-State will gather Wednesday evening for an event that is both a solemn reflection and a display of a community's strength.

Beginning on Wilmer Avenue near Lunken Airport -- a trailhead for the heavily-ridden Ohio River Trail -- cyclists will don black armbands and ride together while silently remembering their friends and family members who have died while riding their bicycles.

In 2018 alone, Ohio saw 21 fatal bicycle crashes. That's the most bicycle fatalities the state has seen since 2015, which saw 25, according to Ohio Department of Public Safety statistics. The average over the last 10 years is slightly fewer than 18 fatal bike crashes statewide. Statistics are spotty for 2019 so far, but less than two weeks ago, 34-year-old Stephanie Vesper cyclist died from injuries sustained in a crash in Harlan Township of Warren County.

The grief felt after a bicycle fatality is still fresh among Greater Cincinnati's bicycle community. While the Ride of Silence honors all cyclists killed on the road, this year's ride will pay special tribute to Vesper, given the recent timing of her death.

"When somebody gets killed locally, whether you knew them or not, you really feel that," he said. "It's a gut-punch to the community."

"The ride itself sort of acts as a reassertion to the public of our right to ride on the roads," he said. "It can be a very optical thing to see all these riders just riding at a slow pace, taking their lawful place on the road."

Wednesday's Ride of Silence leaves from the intersection of the Ohio River Trail and Wilmer Avenue at Lunken Airport. It will proceed in a slow 12 mph procession to Kellogg Park. It is roughly an 18-mile ride, round trip. Helmets are required and lights are recommended due to the possibility of rain.