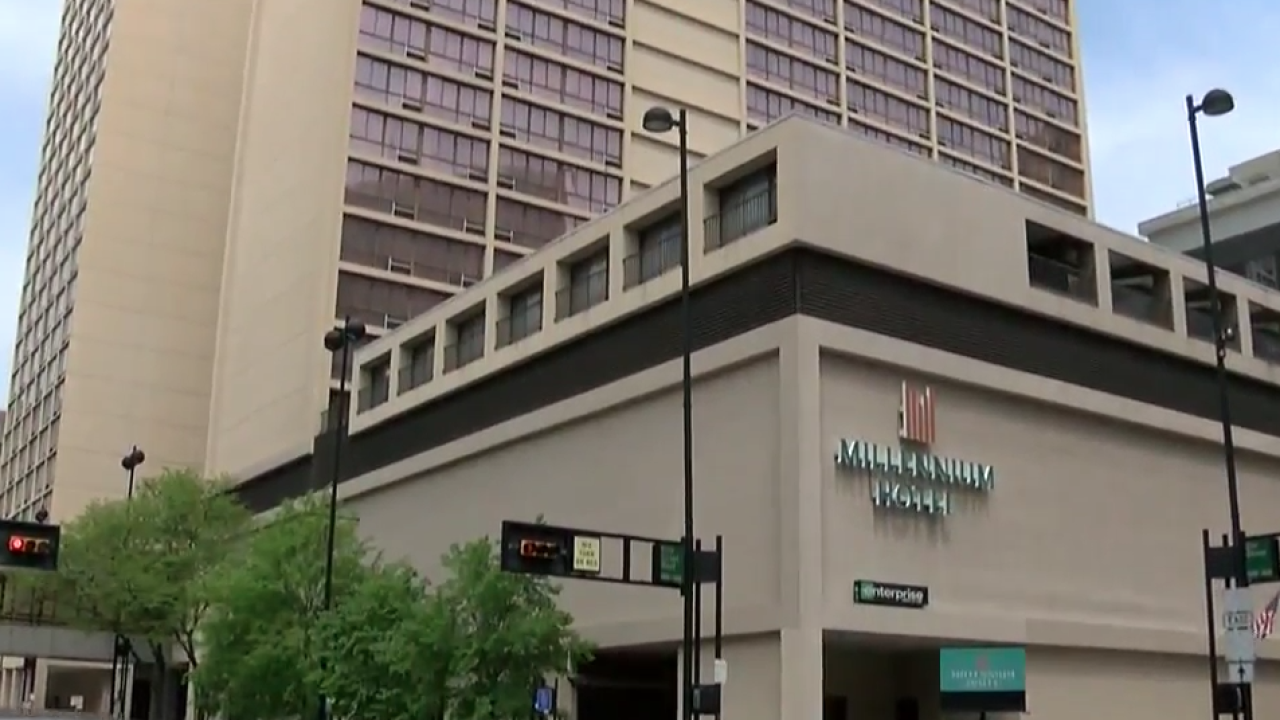 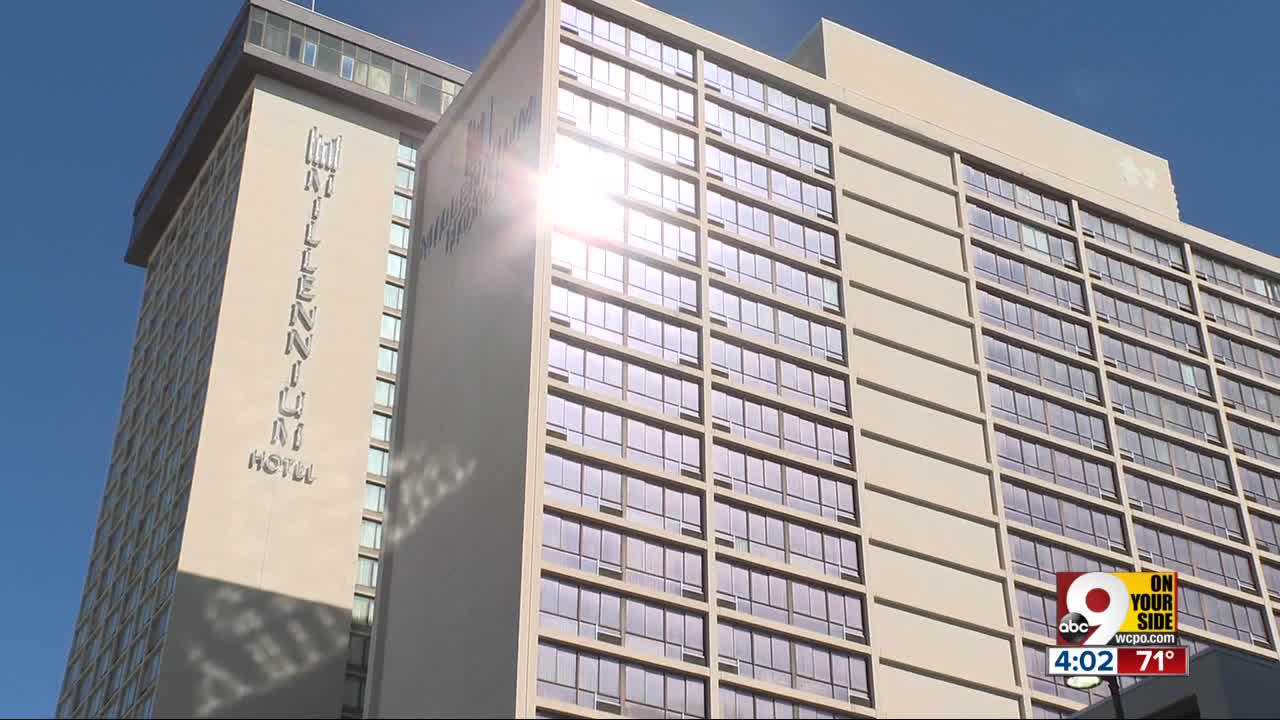 CINCINNATI — The Hamilton County Commission on Friday paid $1.3 million to redevelop the Millennium Hotel in downtown Cincinnati, according to county officials, the developer and the Port of Greater Cincinnati Development Authority.

Julie Calvert, president and CEO of Cincinnati USA Convention and Visitors Bureau, called the sale agreement of the blighted hotel a “watershed moment.”

“Development of a headquarter hotel has long been identified as a top economic priority for our region,” Calvert said in a statement. “For our CVB, our Board of directors and our hotel community, it has been the priority.”

In a statement, Laura Brunner, president and CEO of The Port, said the deal serves as an example of how public-private partnership should work. She also thanked the officials involved, who “have had the vision to recognize how important this asset is to growing our economy.”

The county gave the funds to The Port, and The Port sent the money to the hotel's owner, a Singapore-based investment group. The Port is working with developer Vandercar to buy the 872-room hotel and redevelop it. If the project moves forward, the county will eventually be repaid. The developer has signed purchasing rights over to the Port; the Port will eventually purchase the hotel for $36 million. The county needed to send the $1.3 million as a sort of deposit.

Officials have plans to demolish the Millennium and build a luxury hotel. Next, officials will complete a 120-day “due diligence process” to determine:

The Hamilton County Commission voted Sept. 26 to spend money in pursuit of a redevelopment deal for the blighted hotel.

Commissioner Denise Driehaus considers it an investment, she said after the 2-1 vote. If the Millennium were converted into a well-maintained, upscale hotel — one that’s not, as Mayor John Cranley described the current model, “a terrible place to stay” — it could attract more out-of-town visitors and boost business in the area.

Mayor John Cranley said in March that he wanted to “officially tell people not to stay there because they will have a bad experience in Cincinnati.”

Cranley had also talked with Hamilton County Prosecutor Joe Deters about filing a public nuisance lawsuit against the owners of the property. The hotel is part of the London-based Millennium & Copthorne Hotels chain.

Because Cincinnati doesn’t offer a new, modern hotel adjacent to its convention center, it has lost out on plenty of meeting business that went to other cities.

The tourism and convention industry contributes $5 billion to the regional economy, said county administrator Jeff Aluotto, who pointed out that 30 percent of the county’s occupancy tax revenue comes from guests at the five largest Downtown hotels, including the Millennium.

“If we have an 800-bed hotel that is functioning at a level of half that, or less than half that,” that’s an issue, “ Aluotto said. “You’re deteriorating our ability to attract conventions.”