$1.3M deal might be Hamilton County's only chance to redevelop Millennium Hotel 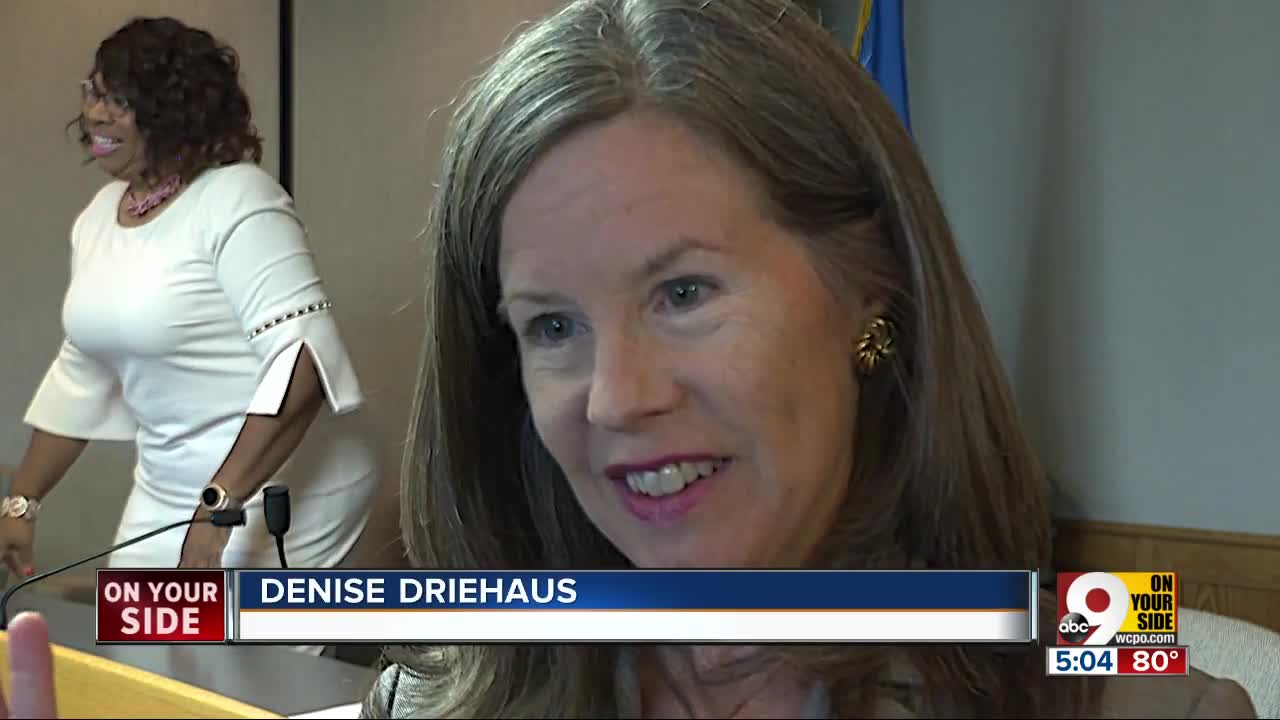 It's located on prime real estate, but it's been a thorn in the city's side for years. The Hamilton County Commission is looking at options to transform it into something better — but one member thinks the process is moving too fast.

CINCINNATI — The Hamilton County Commission voted Thursday to spend $1.3 million in pursuit of a redevelopment deal for the blighted Millennium Hotel in downtown Cincinnati.

Commissioner Denise Driehaus considers it an investment, she said after the 2-1 vote. If the Millennium were converted into a well-maintained, upscale hotel — one that’s not, as Mayor John Cranley described the current model, “a terrible place to stay” — it could attract more out-of-town visitors and boost business in the area.

“The property is right across from the (Duke Energy) convention center,” she said. “It’s key to the development and expansion of the convention center and really all of the business that’s generated through that.”

Driehaus and Commissioner Todd Portune voted to commit the money over Commissioner Stephanie Summerow Dumas’s objections. According to Dumas, spending over $1 million on the Millennium is tantamount to throwing the money away.

The money earmarked Thursday comes from taxes raised through tourism, referred to by the commission as TOT dollars. The county will give the funds to the Port of Greater Cincinnati Development Authority, which is working with developer Vandercar to buy the property and redevelop it. If the project moves forward, the county will eventually be repaid.

Dumas called it the worst deal she’d seen since joining the commission. Driehaus characterized it as a down payment.

“It buys us enough time to do the due diligence and make sure the finances and the legalities of the deal are in place and work,” she said. “If we don’t put down the down payment the deal goes away and we are stuck with the Millennium where it sits for we don’t know how long.”

The prospect of keeping the Millennium appeared to worry Portune, too. According to him, the Vandercar deal is likely the county’s last chance to do something about it.

“I think the reality is, this is our only opportunity,” he said.

A Port spokesperson said the organization will spend upcoming months discussing the development with Vandercar before deciding on next steps.

City leaders announced in April that they hoped to redevelop the Millennium. Weeks earlier, Cranley and Hamilton County Prosecutor Joe Deters publicly weighed the possibility of filing a public nuisance lawsuit against its owners.

“I don’t stay there, but I’ve heard that it’s really bad,” Deters said at the time. “That location is great. But the property itself is in such disrepair and has been such a problem.”