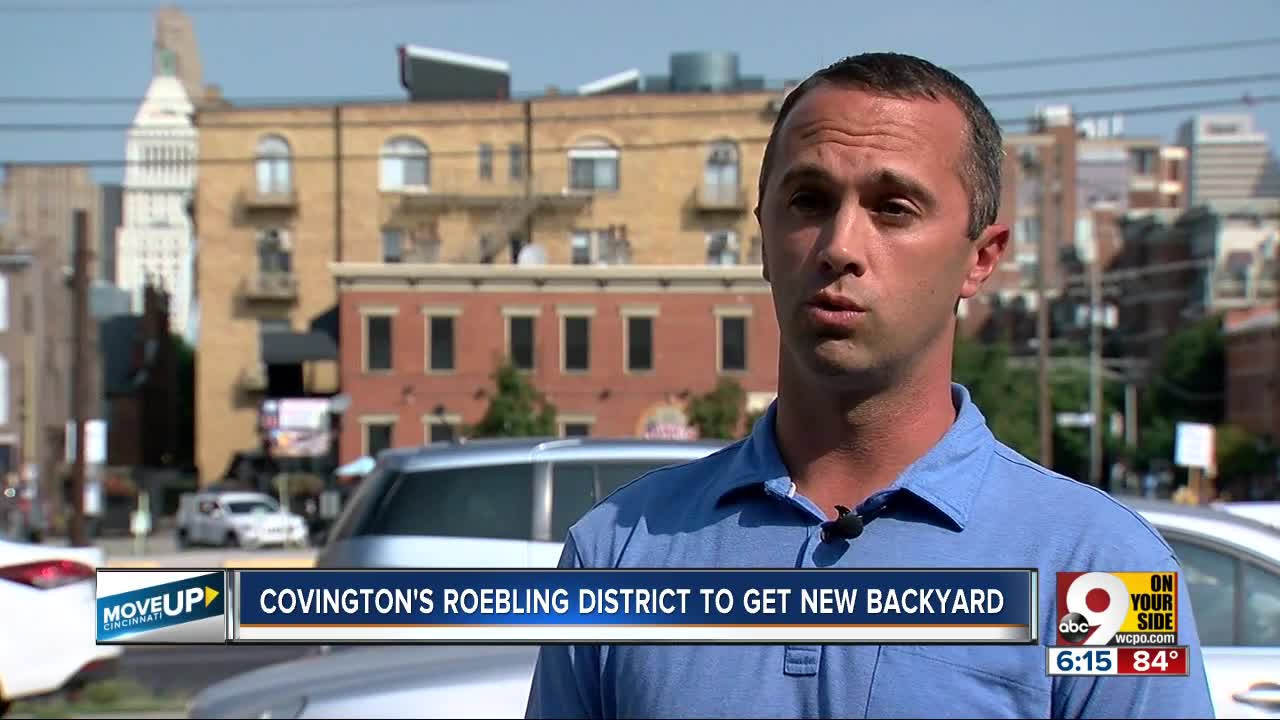 In a dense, urban neighborhood like Covington's 'Roebling Point' district, most residents don't have much in the way of outdoor space to enjoy. One real estate developer wants to change that. 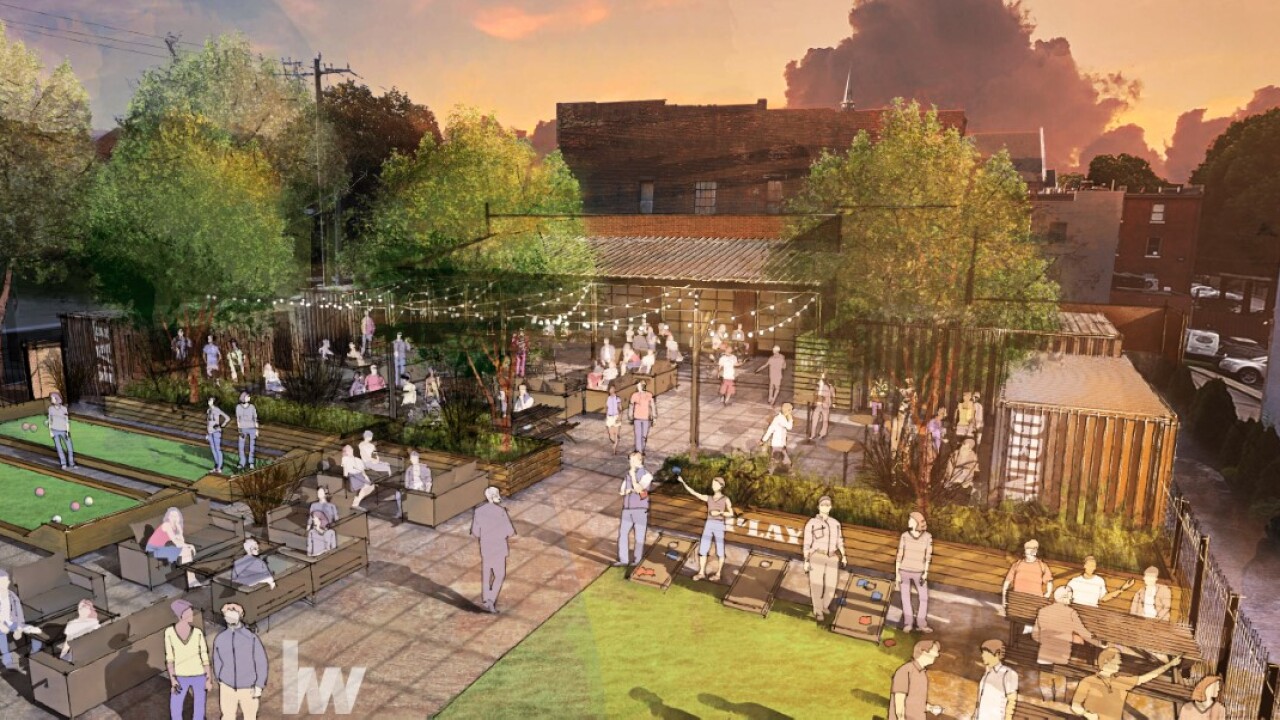 "I live in the area, but also wanted to improve some of the vacancies here," he told WCPO.

Niederhelman is a principal at Covcor Real Estate Investments, a commercial real estate group based in the neighborhood more commonly known by its unofficial moniker, "Roebling Point," nicknamed for its proximity to the iconic John A. Roebling Suspension Bridge.

Covcor's latest venture, Niederhelman said, will be an outdoor event space at 401 Greenup Street, currently the location of the former Foster's Garage and now home to a vacant building and surface parking lot. He and his group are calling the project "Covington Yard."

"Covington Yard kind of came about as an opportunity for us to create a sense of community for the people in Covington," Niederhelman said. "A lot of residents don't have a backyard or really any yard at all."

Once completed, the lot will have transformed into a space with outdoor seating, patches of grass and newly planted trees, all boxed in by repurposed ocean shipping containers that will house food and drink options to serve the public as well as private event programming.

The Foster's Garage lot was one of 19 parcels Covcor acquired in the Roebling Point area earlier this year. A little more than half of those are residential properties, which Covcor is working to sell quickly. The remaining commercial properties, Niederhelman said, the group is working to develop. He hopes Covington Yard will be the first to come online, by March of 2020.

The acquisitions were Covcor's move to build on momentum already picking up in the historic neighborhood, to revitalize some of its long-vacant properties in anticipation of some 600-plus new apartments coming to the district over the next several months, Niederhelman said.

In addition to redeveloping the area's empty buildings, another part of Covcor's motivation in acquiring the properties, Niederhelman said, was to bring ownership back to the neighborhood. Previously, many of these properties were sitting underutilized by owners who do not live in the area.

"One of the big hurdles was actually, with the portfolio we bought, the sellers were all out-of-town owners and controlled a lot of the property in the area," he said. "So it was difficult to make things happen when they weren't willing sellers. So that was a big hurdle for Covington and Roebling Point to get over."

Niederhelman and his team ultimately hope to tap into the neighborhood's already well-established reputation for being walkable and easily accessible to other nearby redevelopment areas.

The neighborhood is also a short walk from Mainstrasse Village as well as The Banks across the Ohio River.

"We're going to have a real demand for services -- all kinds of things that you typically find in an urban setting that are not necessarily already in the immediate Roebling Point area," Niederhelman said. "I think in the next 18 months people are going to come to this corner of Covington and really shake their heads and say, 'Wow.'"