New Richmond wants to transform half of this 4-lane highway into a walking, biking trail 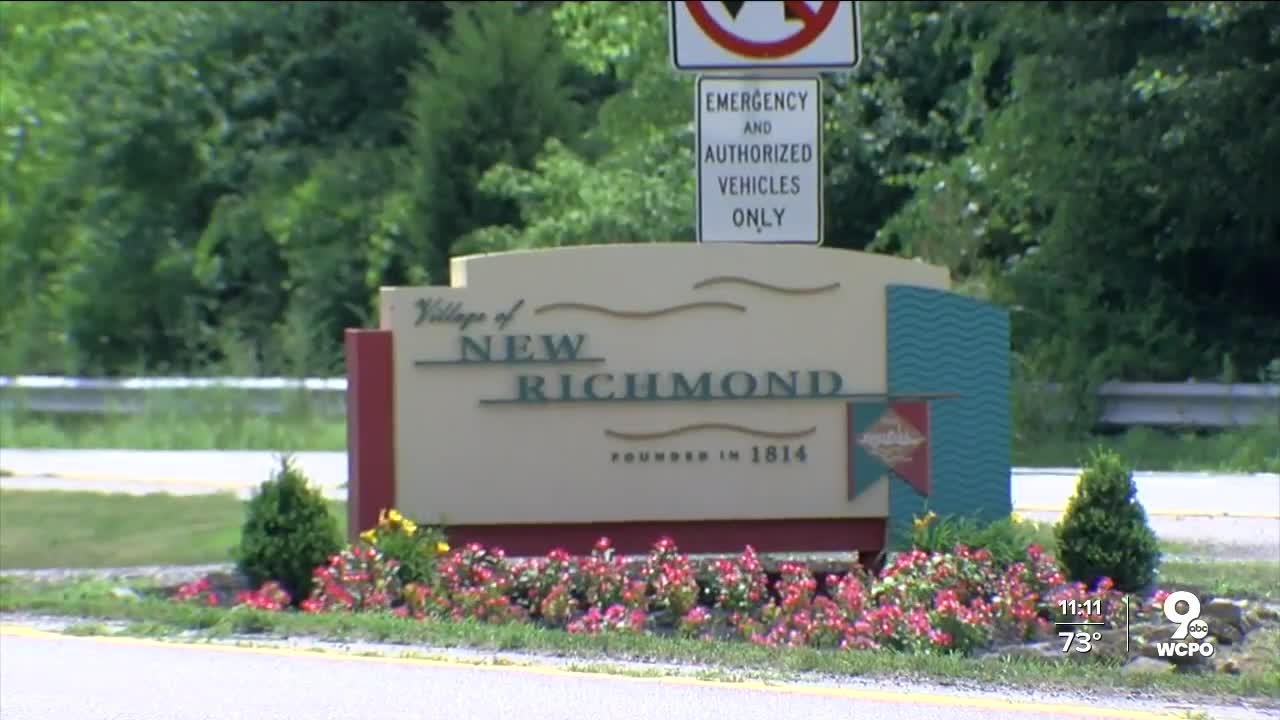 New Richmond officials have been working for years to address how U.S. 52 divides the village and makes difficult terrain for residents and visitors who want to walk or bike through the neighborhood.

NEW RICHMOND, Ohio — Aly Stacy has lived in the small, riverfront village of New Richmond in Clermont County for the last 16 years, raising a family and working as a self-employed artist. She lives on the hill that ascends up from the river basin east of U.S. 52 -- a four-lane, divided highway that effectively cuts the village in half.

From east to west down the hill to the Ohio River, the trip is rarely more than a mile and a half. Despite the relatively short distance, it's also one that almost always requires a car, Stacy said.

"It's just too busy, and it's too fast," she told WCPO, describing the 50 mph or faster traffic that zips along the highway separating the village's two halves. "I would not let my kids bike along 52 at all, or even cross it."

A long (and widening) road

New Richmond officials have been working for years to address how the highway divides the village and makes difficult terrain for residents and visitors who want to walk or bike through the neighborhood.

"(It's a) highway that really has no business being four lanes through a village of only 2,600 people," said New Richmond Planning and Zoning Administrator Andrew Gephardt.

U.S. 52 recently has gained a reputation for being dangerous for anyone not traveling by automobile. In the last five years, drivers struck and killed two bicyclists further north up the road, one in Pierce Township and another in Anderson Township. Since those crashes, the Ohio Department of Transportation has installed bike lane stripes along portions of the highway, including along the stretch through New Richmond.

Gephardt said they make a "good first step," but, because the lanes aren't protected, they still can feel dangerous to bicycle riders who don't ride frequently or are just trying to ride for fun or visit a different part of the neighborhood.

He hopes that might change, though, with a proposed redesign of the highway. As WCPO has previously reported, the village is partnering with ODOT to install four roundabouts along its stretch of U.S. 52, in an attempt to slow traffic and reduce congestion. An additional portion of ODOT's recommendation is to reduce the highway to two lanes and convert the western two lanes -- closer to the riverfront and the Front Street business district -- into a walking and biking trail.

ODOT has recommended $6 million in funding for the redesign.

'A walk along the river'

The idea of a major U.S. highway transforming into walking and biking trail is symbolic of a larger effort by officials like Gephardt, business owners and developers to turn New Richmond into a destination where visitors can park their car once and walk the whole village -- and where residents might not need their cars at all.

In late June, the village council voted to designate 140 acres along the riverfront as a designated outdoor refreshment area -- similar to other recent designations in other Tri-State cities -- to encourage residents and visitors to visit multiple businesses on foot over the course of an evening.

"Things are definitely on the up-and-up," said Joby Houck, a New Richmond resident who is developing multiple properties along Front Street and throughout the village's river basin neighborhood -- including the converted church that is now home to Stacy's business, The Collective.

As for Stacy, she has a doubly-vested interest in the proposed walking and biking trail just 160 feet from her storefront.

"If you slow it down and everybody's going 35 (miles per hour), you know, I think (visitors would) be able to enjoy the village more and see more of it," she said. "As a whole, since there are people biking and doing stuff in the village, it's going to be a lot safer."