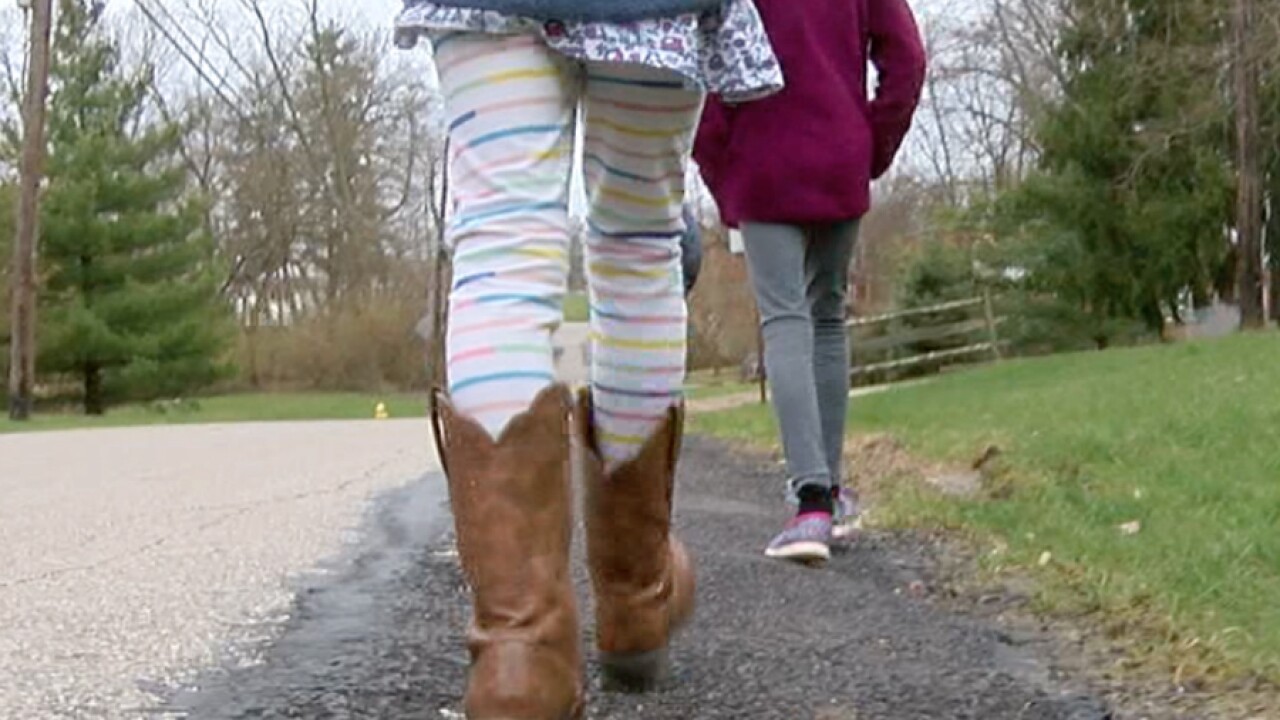 CINCINNATI — After years of lobbying, a Mount Washington elementary school student has found the money to install a new sidewalk along her daily route to school.

Mayor John Cranley's phone call to 10-year-old Madelyn Gerker on Friday informed the soon-to-be sixth grader that her school, Sands Montessori, had won a grant of $400,000 through the Ohio Department of Transportation "Safe Routes to School" program. The grant, along with approximately $50,000 pitched in by the city, will cover all the costs to install the new sidewalk along Sussex Avenue.

Madelyn's mother, Heather, told WCPO that her daughter's efforts for a new sidewalk have been years in the making, but Madelyn's advocacy gathered strong momentum when she mailed a handwritten letter to Cranley and City Council, requesting money for the sidewalk.

COLUMN: A child's eyes gave us a new perspective on safer streets

"I am writing to you because we need a sidewalk!" Madelyn wrote in her March 22, 2018 letter. "My family and me walk to school every day to and from school. It's not safe! A couple months ago, my brother Henry almost got ran over by a bus!"

Madelyn Gerker letter to Ci... by on Scribd

The biggest challenge to getting the new sidewalk installed, the Gerker family quickly learned, is that Sussex is one of the city's older streets and does not have the curb and drainage infrastructure to accommodate a new paved surface, according to city engineers.

That prompted Madelyn to go looking for other ways to pay for the sidewalk, including the Safe Routes to School grant program. Upon soliciting the Cincinnati Public Schools district for assistance, the Gerkers learned that the district had to update its Safe Routes to School plan before the state would award any funding.

That didn't stop Madelyn: In August of last year -- mere days into the new school year -- she addressed the district's Board of Education, asking for the update.

"It would really help if you would update your plan so children and families all over the city would have a safer route to school," she said at the Aug. 27, 2018 meeting. "Without a sidewalk, it is very unsafe because a lot of cars go past the speed limit, the road is very rocky, and there is no safe place to stand when there are many families in cars coming."

In a letter to Cranley and City Council, ODOT officials said they expect to disperse the $400,000 grant as soon as 2021.

But Madelyn's work is far from over, Heather said:

We are excited! Our work certainly doesn't stop here. I asked Madelyn what's next and she said ”get safe routes to school plan updated for entire city, help other kids get their sidewalks and run for president” 😂 https://t.co/As0oamHbsa