9-year-old to Cincinnati City Council: 'We need a sidewalk' 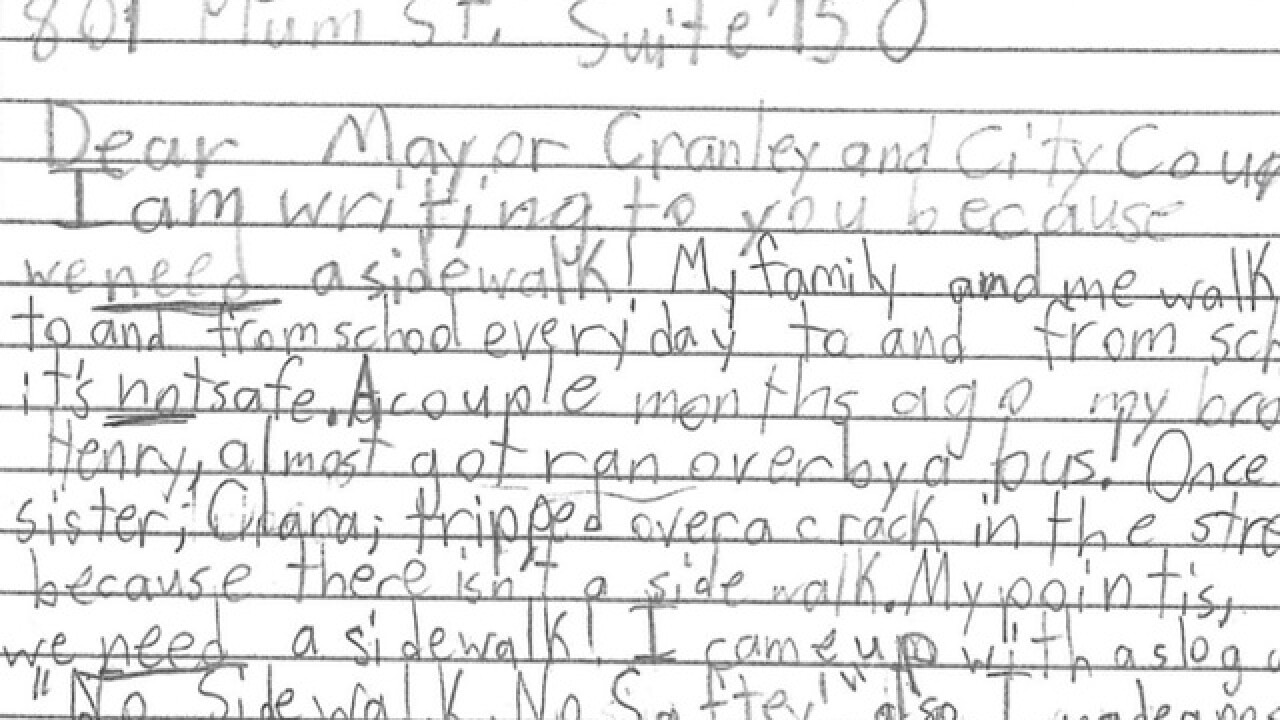 Copyright 2018 Scripps Media, Inc. All rights reserved. This material may not be published, broadcast, rewritten, or redistributed.
<p>Madelyn Gerker, 9, wrote a concise, straightforward letter to her elected officials in Cincinnati about her experiences walking to school.</p> 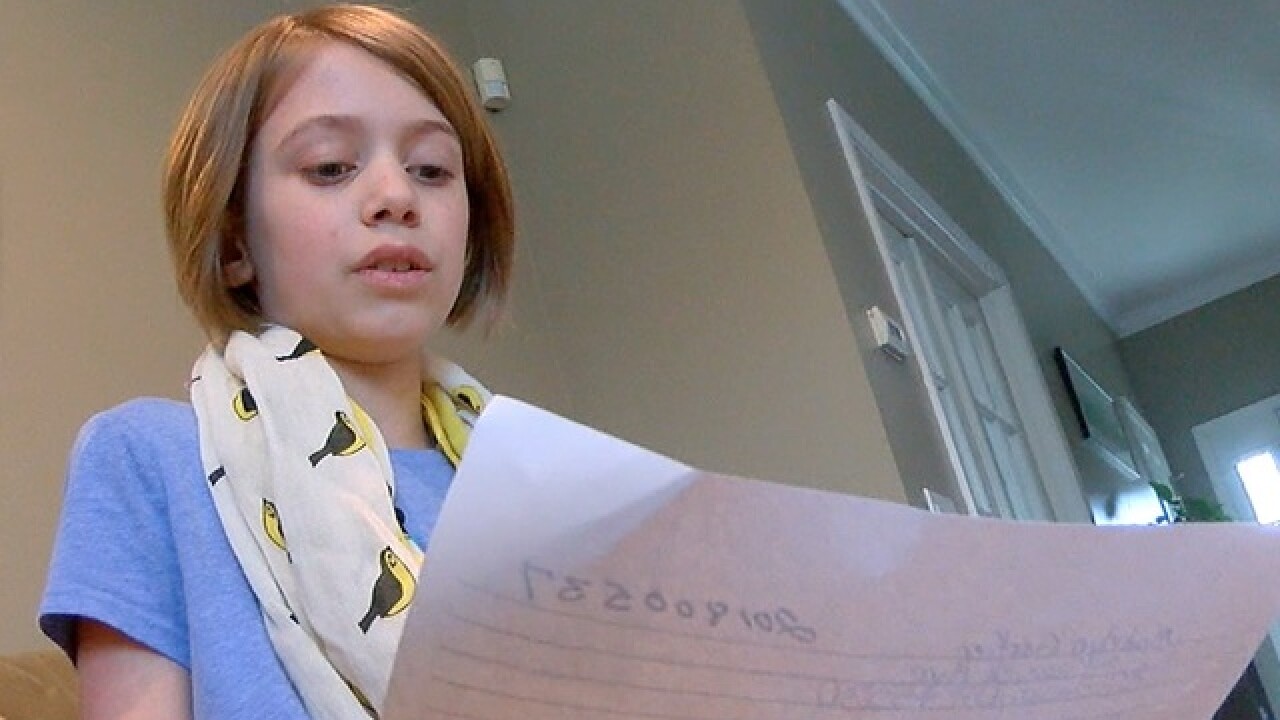 CINCINNATI -- Madelyn Gerker has to improvise on her walk to school every day.

The 9-year-old goes to Sands Montessori, in Mount Washington. So do her brother and sister. They dodge speeding cars and broken pavement.

Gerker's street is close to the school, but it has no sidewalks. To her, that's unacceptable.

She made sure Mayor John Cranley and Cincinnati City Council knew how she felt, too: She wrote them a letter last week. It's carefully hand-written, addressed and dated like any formal business letter.

In politics, people can have ulterior motives, with speeches that are longwinded and and sometimes circumspect. Gerker's letter is concise and direct: "I am writing to you because we need a sidewalk." The word "need" is underlined. Twice.

Her sister has tripped on a crack as they walked down the street. "A couple months ago my brother Henry almost got ran over by a bus," Gerker wrote.

Councilman P.G. Sittenfeld, who's been pushing for safer streets , formally filed her letter in the council record. It's part of a committee agenda Tuesday.

In Mount Washington, the overall plan for years has been to make it easier for people to walk places. But Gerker's father, Matt, said not much has changed.

"A lot of people do recognize that kids are walking and slow down, but there's just as many that don't. They'll just get down farther to the side, but they don't slow down at all," he said.

RELATED: How you can report dangerous streets

Not far away, in the city's Pleasant Ridge neighborhood, people are fed up with speeding, too. And like Mount Washington, they also want their community to be more walkable.

Still, there's a lack of traffic enforcement: Mackenzie Farmer Low, in Pleasant Ridge, wrote to Cincinnati City Council about that problem earlier this month. Traffic enforcement stops by the Cincinnati Police Department have decreased by roughly 60 percent over the last five years. Cincinnati also has the worst per-resident crash rate among Ohio's big three cities, according to WCPO's review of crash data .

The city has already set aside $500,000 for pedestrian safety projects in dozens of neighborhoods. That includes new crosswalks, adding flashing lights to existing crosswalks and installing pedestrian crossing "paddles" in the middle of the street.

But Gerker and her family believe there's much more work to be done.

"The neighborhood stretches much beyond here," Matt Gerker said, "There's all kinds of kids that walk to school, not just our family."