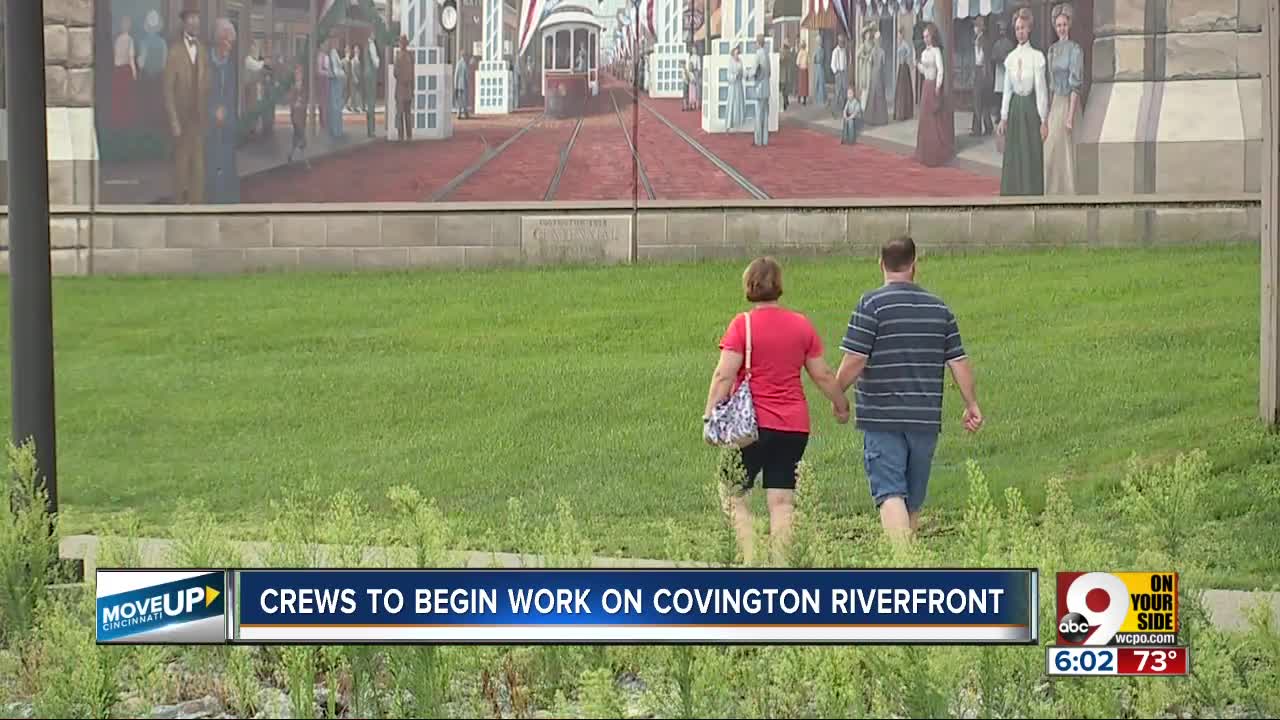 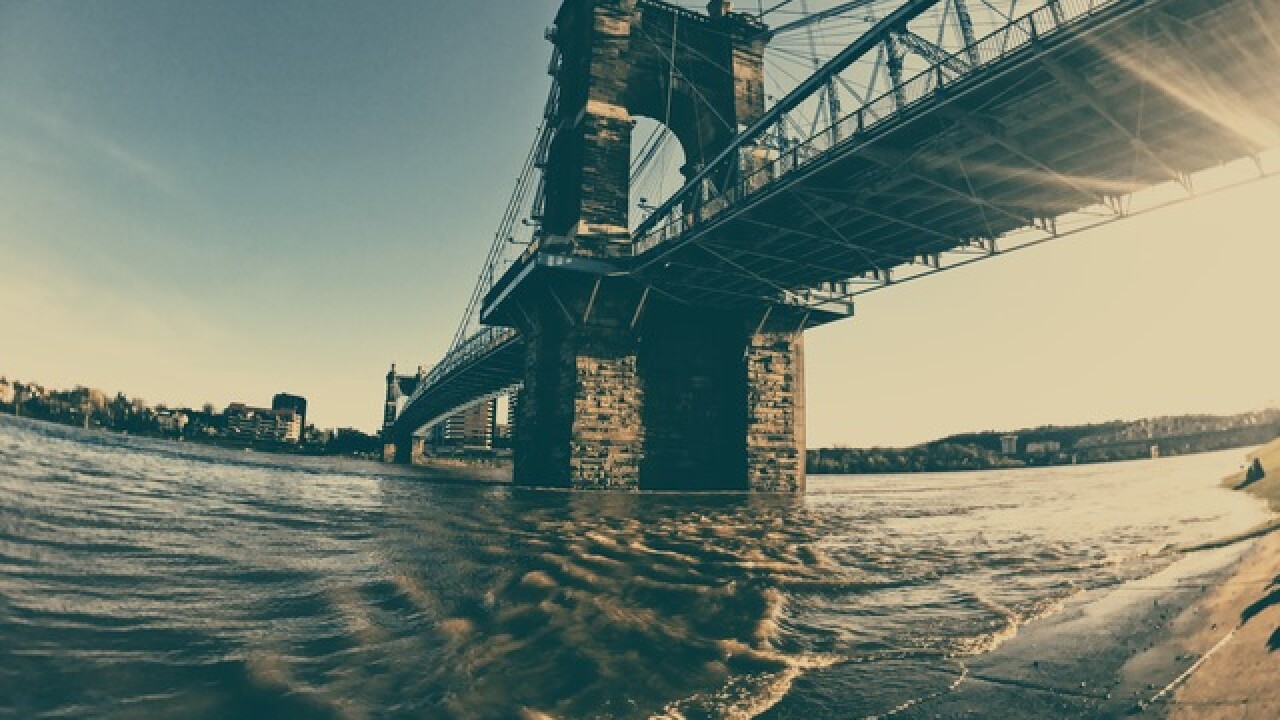 COVINGTON, Ky. — Northern Kentucky's largest city is about to trade in mud and river debris for a new mixed-use trail, amphitheater and kayak entry point, and officials hope it will mean a rebirth for the long-neglected piece of riverfront real estate.

Richard Hunt has had a front row seat to the steady vacating of Covington's riverfront near the John A. Roebling Suspension Bridge. Hunt owns Roebling Point Books and Coffee, a shop that first opened its doors about 12 years ago.

"It's a great community," he said, but he also said he looks forward to plans for revitalizing the space once known as "Covington Landing."

"For people who are from outside of the neighborhood, visitors -- whether it be from out of town or across the river -- they might be a little wary when they see vacant spaces," he said.

That's where, Hunt and others hope, the Riverfront Commons development project comes into play.

Spearheaded by Southbank Partners, the Riverfront Commons trail development will span more than 11 miles when completed, connecting Ludlow on its western edge to Fort Thomas on the east, passing through Covington, Newport, Bellevue and Dayton in between.

Covington's portion will make up just short of 3 miles of the trail. Crews have already completed a short segment of trail -- a little less than a mile -- north of Covington's floodwall, which stretches west from Madison Avenue to Crescent Avenue near the city's western edge. Other portions in Newport and Bellevue already have been designed or completed.

When Rick Davis joined the city of Covington administration as a city engineer, the Riverfront Commons project had already been at least six years in the making.

"This goes back probably 12, 14 years now, when that initial idea came into place of putting trails along the river throughout Northern Kentucky," Davis said. "We’re finally seeing the fruits of that 12 years later."

The biggest cause for the delay in moving forward with Covington's portion, Davis said, was that initial plans were too ambitious.

"It ballooned up to a $40-50 million job at one time," he said. "We have $6 million to work with. Start the trail. Start the amphitheater, the kayak entry point -- kind of the basic form of the trail project, and then at a later time we'll do the betterments."

Initial plans for the area included a digital light show projection system, which would project images onto the Roebling Suspension Bridge, as well as steel canopies, a man-made waterfall and other water features.

"We've kind of scaled this back down and made it into a foundation project," Davis said.

Crews will begin construction next week between the Madison Avenue overlook -- formerly home to Covington Landing -- and Greenup Street, including an area now being used as a public surface parking lot under the Roebling Suspension Bridge. Davis said the plan originally called for work to begin in August, but officials decided to delay that work until after the Labor Day holiday weekend and Riverfest.

The amphitheater will seat roughly 1,300 people, Davis said, and plans include a kayak entry point near where Greenup Street meets the river. The whole area will go from underused space and a surface parking lot to an entirely pedestrian-friendly zone.

"So this whole entire area is now such that vehicles can kind of come in and out," Davis said. "This will be pedestrian-friendly only starting in a couple weeks."

For Hunt, appealing to walkers and cyclists is critical because those are the folks who visit his shop the most.

"Probably over half of our customers walk here, so those people will be well-served by having a diversity of activity to go on," he said. "We'll be able to get the kayak out of the back room finally."

Like any neighborhood development, though, Hunt knows there could be some growing pains. The project will mean a drop in available parking in the neighborhood, and it could mean property values -- and rental rates for storefronts like his -- might go up.

"I don't know how we're bracing for it yet, but we know that we're going to have to deal with it," he said. "You don't want to be the victim of your own success. You make somewhere that's fun to be and then suddenly you're priced out."

"We've got the best views of anyone in the region right here," he said. "We're looking to take these views and take these opportunities there and bring people down here.

"We're super excited about this. This is our crown jewel of our riverfront."