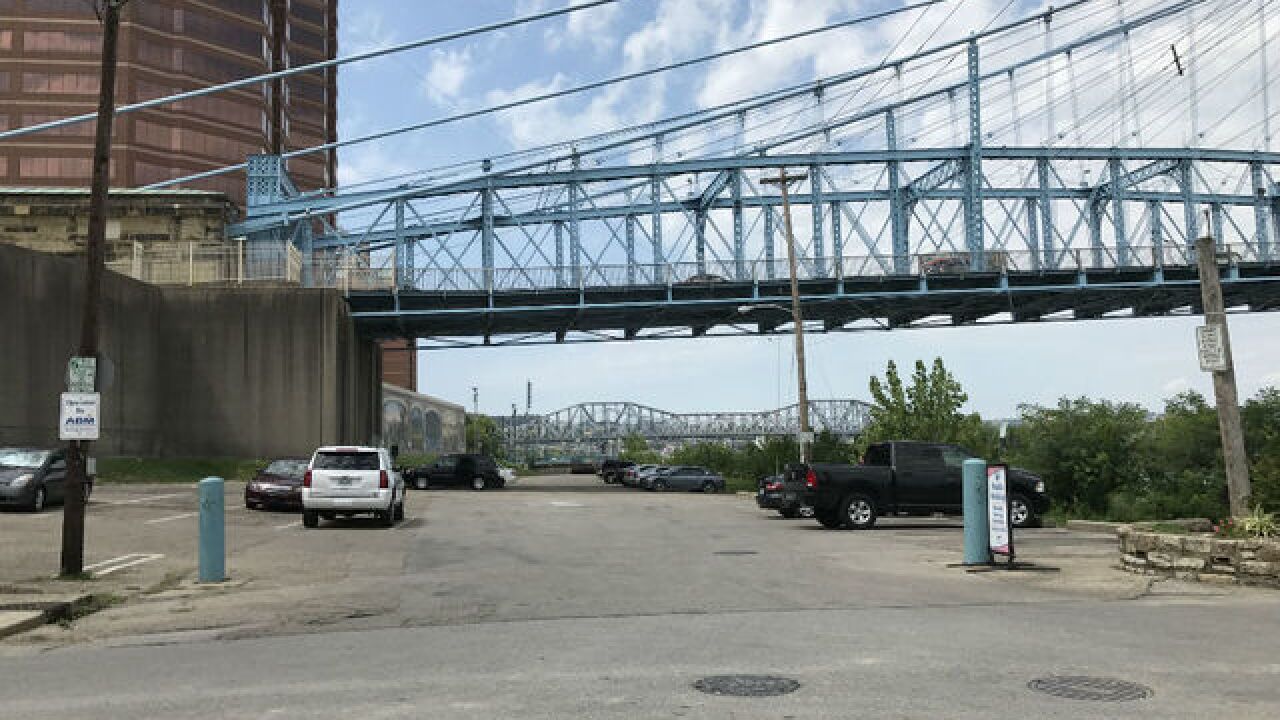 Copyright 2017 Scripps Media, Inc. All rights reserved. This material may not be published, broadcast, rewritten, or redistributed.
<p>The concrete pier on the land side of the John A. Roebling Suspension Bridge will become a screen for Lumenocity-type light shows as part of Riverfront Commons. (Photo by Vickie Ashwill)</p>

COVINGTON, Ky. — A $10 million project that will complete the Riverfront Commons trail between Greenup Street and Madison Avenue in Covington has a $4 million shortfall, said Mayor Joe Meyer.

That means the work will be broken into affordable pieces, with work stretching out two to three years. The pathway itself, however, should be completed by the end of 2018, said Mike Yeager, Covington development director.

Covington officials will apply for a grant by the end of 2017 that could pay for an additional $2 million of work, Yeager said.

Riverfront Commons is a walkway/bikeway that, when done, will connect Ludlow, Covington, Newport, Bellevue and Fort Thomas to Cincinnati trails across the Purple People Bridge. The trail that runs west from Madison Avenue is installed but awaiting lighting, said Yeager.

The stretch from Greenup Street to Madison Avenue is not just any ordinary trail but will include a public park and activity spaces that are designed to complement Cincinnati’s Smale Riverfront Park. This section of amenities, called “betterments” in the city’s plan, is expected to reach a little bit older crowd.

“We want to make it an experience for everyone,” said Yeager.

Chris Manning, principal and landscape architect for Human Nature Inc., said visitors can expect the following features, among others:

A water taxi could also be a part of the final plan, he said. There’s a landing just west of Madison Avenue that today is used occasionally to ferry people to Cincinnati’s public landing. But the new water taxi would operate daily.

Cincinnati architects and engineers Woolpert Inc. and KZF Design are also involved with the project.

Manning said officials hope to complete this section of Riverfront Commons in two or three phases over two to three years. The plan is to complete construction drawings this winter so conduits for data and utilities can be created before the trail — to avoid digging up the work later.

There’s a second part to the plan that has indeterminate costs, said Meyer. It includes connecting more with Covington’s downtown.

Ongoing construction along Riverside Drive near the Suspension Bridge isn’t part of the Riverfront Commons project, said Yeager. That work, to stabilize Riverside Drive and the sidewalk, is done every couple of years, he said. The city is building a wall to keep the earth beneath the sidewalk from moving.