'Our community has failed Black mothers' 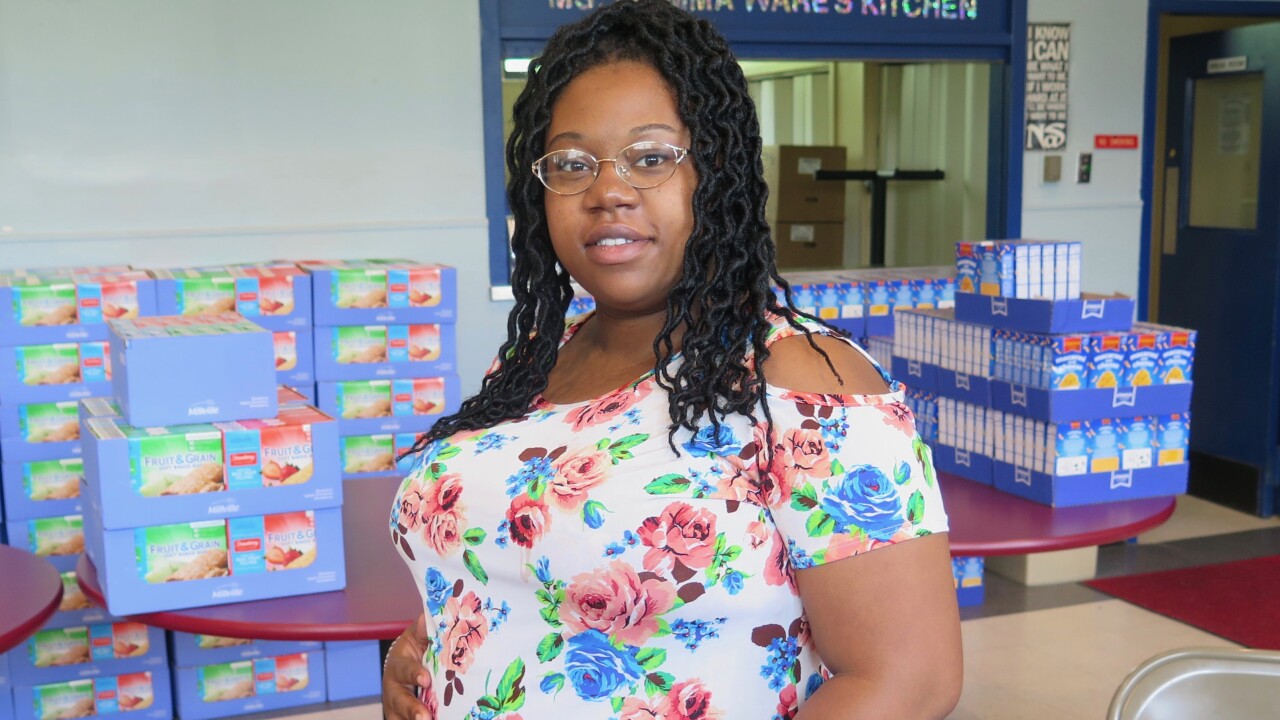 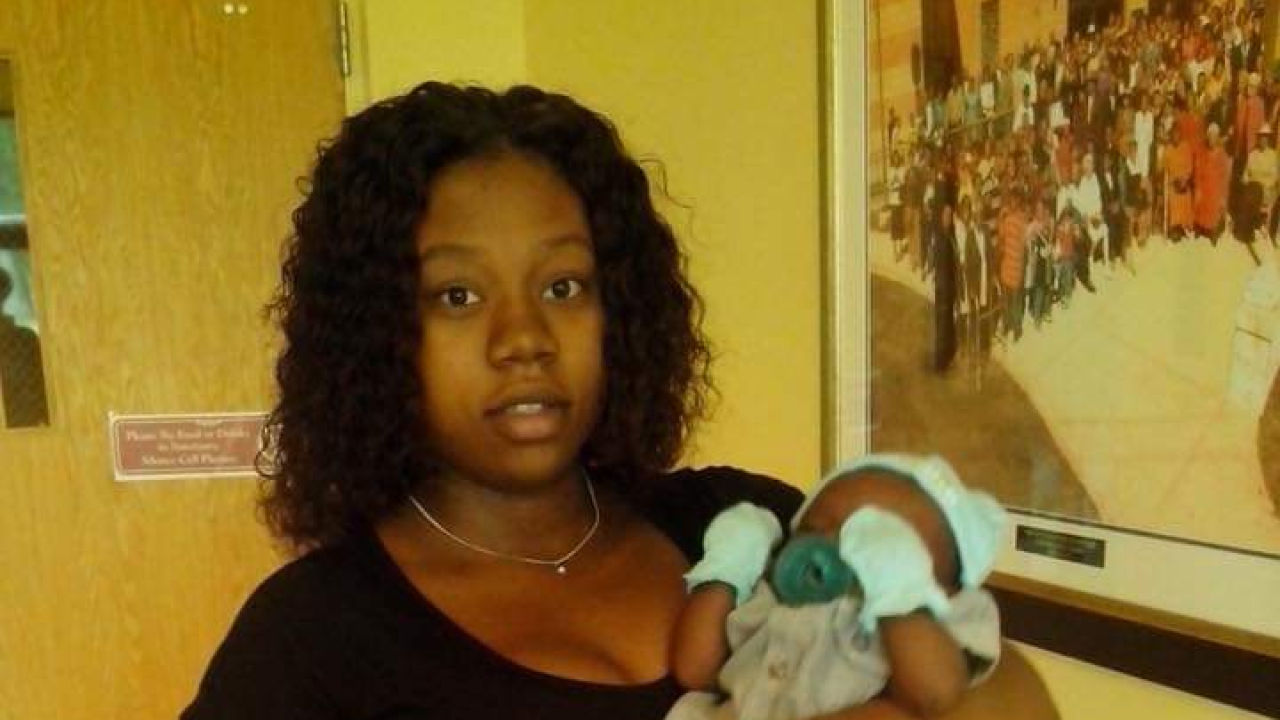 CINCINNATI — Toneja Motley is five months pregnant and feeling good, but that wasn’t the case early on with the baby girl she's expecting.

Motley was working long hours at a construction job and taking care of her busy 4-year-old son, Messiah, when she wasn’t at work.

Women at Villages of Roll Hill, where Motley lives, helped her do just that.

Lisa Hyde-Miller, the community relations coordinator at the subsidized housing development, encouraged Motley to join a walking group to help her relax and get to know other moms. Amy Clasgens with Cradle Cincinnati gave her a portable crib, a car seat and a basket of other gifts to keep her children safe.

“She was like, ‘you don’t have to worry about it -- we’ll make sure that you have everything,’” Motley said. “They pretty much is a great support system.”

Hyde-Miller and Clasgens have been working for the past four years to surround moms at Villages of Roll Hill with the love and support they need to have successful pregnancies and then take the best possible care of their babies through that first, stressful year.

That success is one of the highlights of the 2018 data released Thursday by Cradle Cincinnati, the initiative working to reduce Hamilton County’s higher-than-average infant mortality rate.

A total of 92 babies died before their first birthday in Hamilton County last year. That’s five fewer deaths than in 2017 and the smallest number of infant deaths in the county’s history, according to Cradle Cincinnati.

Although it’s a dramatic improvement over 2011, when Hamilton County had the second worst infant mortality rate in the nation, Cradle Cincinnati executive director Ryan Adcock said it’s not good enough.

“We never want to celebrate any kind of success where children are still dying,” he said. “We have a long way to go.”

The biggest challenge: Reducing the much higher risk of infant death that black families face compared with families of any other racial or ethnic background.

‘Our community has failed Black mothers’

The county had an 11 percent reduction in black infant deaths in 2018.

But black babies still were three times more likely to die than white babies in Hamilton County last year, and the local black infant mortality rate was 32 percent worse than the U.S. rate for black infants.

The report shows that black babies born in Hamilton County today have roughly the same chance of survival as white babies born 50 years ago, despite all the medical advances that have occurred over that time.

One way will be to celebrate black women through a “BecauseWeLoveHer" campaign, which invites local residents to share why they love black women.

Cradle Cincinnati on Thursday highlighted several other strategies for reducing the racial disparity in the county’s infant mortality rate. Those include:

• Community health workers. They work directly with pregnant women to help solve problems related to housing, transportation and job training. With help from the Ohio Department of Medicaid, Cradle Cincinnati and other local agencies and nonprofits have gone from having about 10 community health workers serving pregnant women in Hamilton County in 2015 to having about 30 of them now, Adcock said.

• Group prenatal care. Prenatal care that brings women together in groups has improved outcomes among black women. TriHealth, The Christ Hospital, UC Health and the Cincinnati Health Department all are expanding the group care they offer.

• Implicit bias training. Cincinnati-based Avant Consulting Group is conducing implicit bias training for prenatal care providers to try to improve the experiences of pregnant women in Hamilton County. “If racism is part of the problem, we need to have the bravery to confront it directly as a community,” the Cradle Cincinnati annual report states.

• Policy-based solutions. Elected leaders, locally and in Columbus, are working with Cradle Cincinnati to make policy changes that they believe could help reduce the infant mortality rate. For example, Cradle Cincinnati is advocating for better Medicaid reimbursement for group prenatal care and for improved transportation services for moms, Adcock said.

The county had a slight increase in the number of sleep-related infant deaths and in deaths that occurred as a result of birth defects.

But positive news included the fact that Hamilton County had a significant decline in preterm births in 2018, which remains the leading cause of infant deaths.

The county also had fewer pregnant women than ever before report smoking during their pregnancies, with smoking rates among pregnant women declining for the third year in a row.

Then there’s the success at Villages at Roll Hill.

Each of those neighborhoods had teams working closely with families through Cradle Cincinnati Connections. Funding from bi3, the state of Ohio and HRSA has supported the work, which is now being expanded to 12 other Hamilton County neighborhoods.

For the neighborhood programs to work, Adcock said, people who know the communities best must help create them.

That’s where Hyde-Miller came in.

She’s been at Wallick-Hendy Properties at Villages at Roll Hill for 20 years. She runs dozens of programs to help residents and co-founded Childhood Food Solutions, a nonprofit that provides groceries to children there during their breaks from school.

“That was the piece of the pie that I was missing,” she said. “She was God-sent. That was a God-sent program.”

Most of the moms at Villages at Roll Hill are between the ages of 18 and 25, Hyde-Miller said, and the Cradle Cincinnati program gives them support and resources they might not be able to get from anyone else.

The goal is to surround moms at Villages at Roll Hill with love and support and connect them so they can help each other build on their own strengths, Hyde-Miller said.

“It goes all from the love, which is the greatest gift from God,” Hyde-Miller said. “These babies are our leaders of tomorrow, and the mothers as well. The mothers, they have to feel love.”

If Cradle Cincinnati has its way, more black moms throughout Hamilton County will start feeling that love, too.