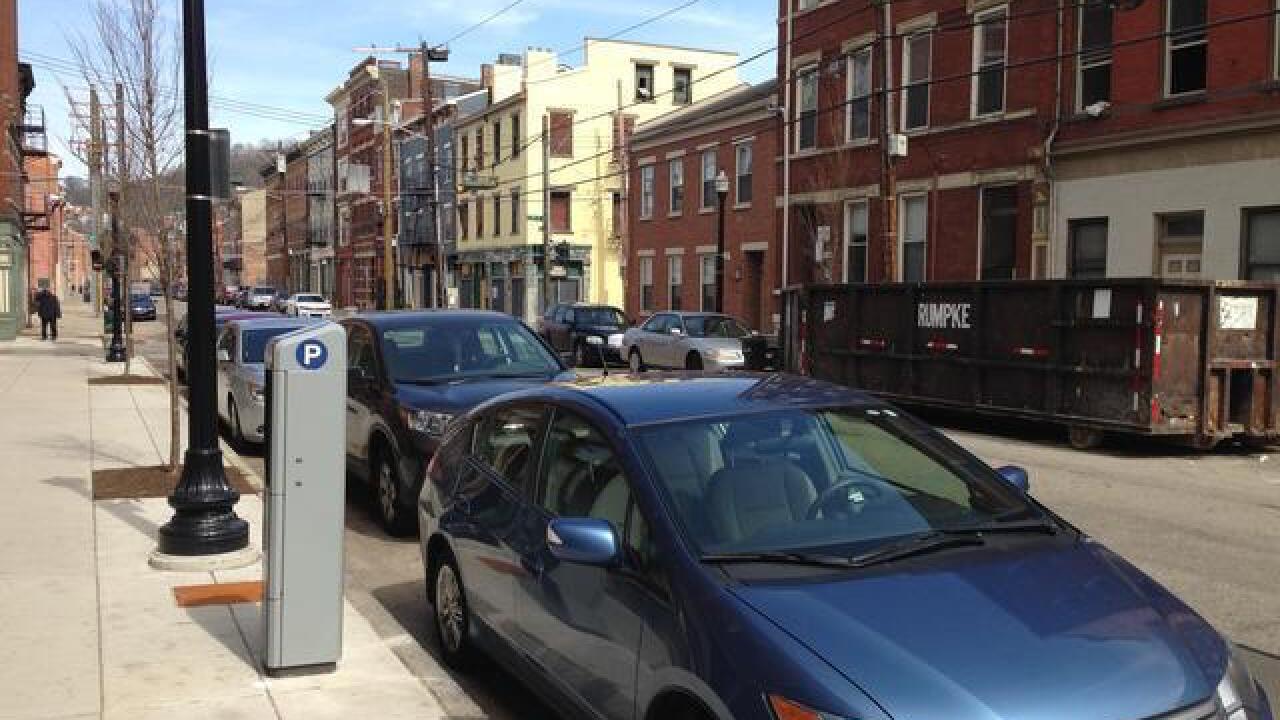 CINCINNATI — Less than a month after the city began enforcing new parking rules in Over-the-Rhine, City Council has moved to change those rules. Meantime, another OTR street improvement plan remains in a confusing state of limbo.

City lawmakers approved Wednesday an ordinance amending a special parking permit area throughout OTR: The plan initially reserved 500 on-street parking spaces for residents who purchased permits. With the amendment, 200 of those spaces will become "flex spaces" -- meaning they will be reserved for permit-holders only during nighttime hours.

The ordinance did not immediately set specific time parameters for the flex spaces, or whether they would be metered spaces or become free parking spaces during the day.

It might not seem like a big change, but OTR business owners and people who work in the neighborhood began lobbying City Hall to amend the rules shortly after January 1, when the plan went into effect. Their worry is that their employees are having trouble finding affordable parking nearby their places of work while many permit-only spots sit unused, especially during daytime hours.

An employee from Taft's Ale House, located on Race Street, brought blown-up photographs of empty on-street spaces along Race Street. He said the plan as it was passed last fall is just as out of balance as the parking situation was for residents before the permit plan.

"We want to work with residents but we think things can be brought back into balance," he told City Council.

As for proposed changes to Liberty Street, Council passed a motion 5-3, urging the administration to begin final design work for a reduction of Liberty Street from seven lanes to five lanes between Sycamore Street and Central Parkway.

Confusion seemed to remain in the air, though, regarding what impact a lane reduction would have on the roughly 100 on-street parking spots along Liberty Street.

The OTR Community Council-approved and Department of Transportation and Engineering-approved lane-reduction plan includes on-street parking lanes between 7 p.m. and 7 a.m., with five lanes of traffic during the daytime hours.

During Monday's committee discussion, Councilman Greg Landsman suggested amending the motion to include exploring the possibility of maintaining 24-hour on-street parking as a component of the lane reduction plan. His rationale was that on-street parking would help reduce drivers' temptation to speed. Twenty-four hour parking lanes on a five-lane road would mean at least one direction would shrink to one lane at some point during the day.

Lack of clarity on the parking impact compelled Councilman Jeff Pastor to reverse his "Yea" vote from Monday, opposing the motion Wednesday. It also prompted Councilman David Mann and Councilwoman Amy Murray to oppose the motion.

"I can't imagine how this would work with one lane each way," Mann said.

As a result, Mayor John Cranley -- who has opposed a five-lane design from the start -- asked City Manager Patrick Duhaney to prepare a report on what 24-hour parking along a five-lane Liberty Street would mean for traffic congestion. He also pointed out that the final design will still require approval from the City Planning Commission.