After one day of 'formal enforcement,' some calling to roll back new OTR parking plan 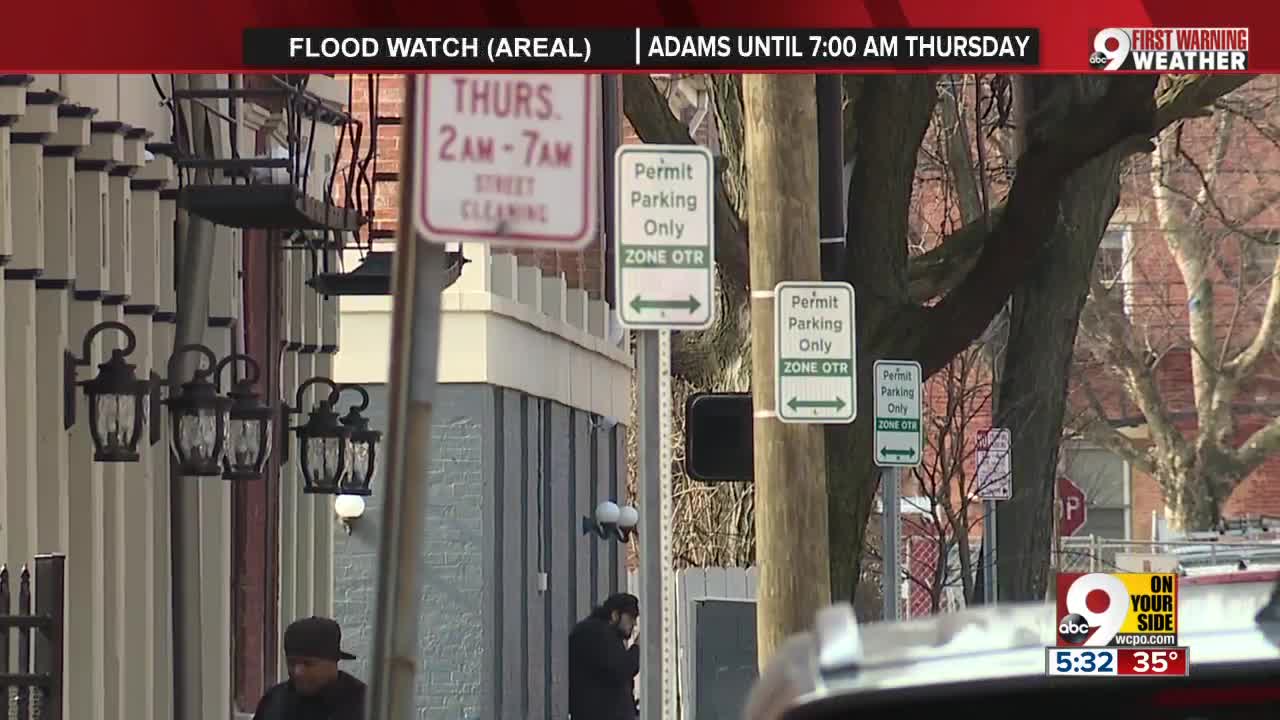 Some Over-the-Rhine residents spent seven years lobbying City Hall for a neighborhood parking plan that included permits and some on-street spaces reserved for residents. City Council finally granted their request last fall, but it's already seeing problems two months in. On one hand, a one-month grace period — so people living and working in the neighborhood could get acquainted with the new rules before the city begins writing tickets — was supposed to end January 31. The city quietly extended that grace period into February, though, to some residents' surprise. 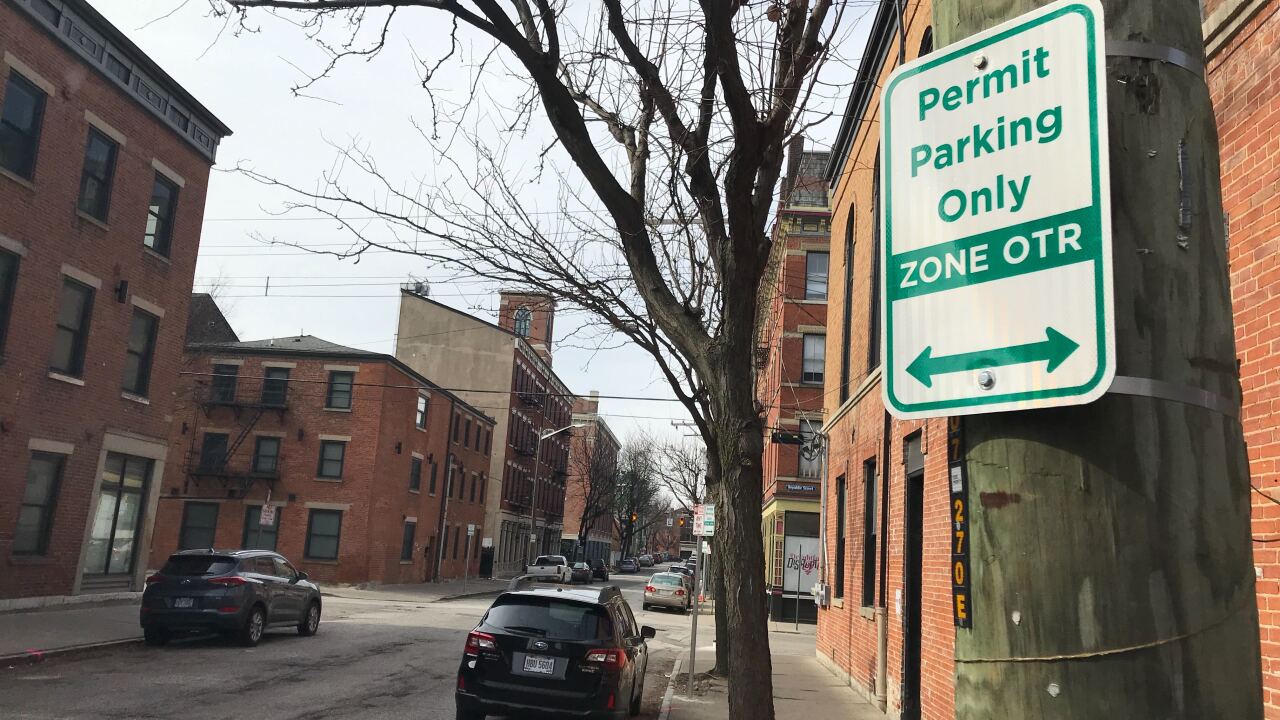 On one hand, a one-month grace period — so people living and working in the neighborhood could get acquainted with the new rules before the city begins writing tickets — was supposed to end January 31. The city quietly extended that grace period into February, though, to some residents' surprise.

"It's been an issue for a long time," said Margy Waller, a seven-year OTR resident and member of the OTR Community Council. "So to have worked for all that time to get a parking permit program, to have finally been able to convince six member of City Council so that it couldn't be vetoed, and now to have it not be enforced is, frankly, disturbing. It really feels like residents don't matter anymore in this neighborhood."

On the other hand, neighborhood business owners are already lobbying City Council at least to postpone enforcement until they can reach a compromise with residents who worked for years to implement the plan.

Kelly Adamson, who heads up the OTR Chamber of Commerce, said the residential permit plan has made it especially difficult for small business employees looking for parking during the day.

"I think the fact that residential is being enforced 24-7 has negatively impacted our small business owners, especially the small businesses and the retention of their small business employees when they're coming down here and they don't have a place to park," Adamson said, adding that some of the neighborhood's smaller businesses had already lost employees in the weeks since the city began issuing warnings last month.

"It's also making it difficult for consumers to find a place to parking during the day, which is a heavy retail hour," she said. "Retail is already a very sensitive market nationally, so that's really affecting our small businesses on a day-to-day basis."

Beginning last December, OTR residents could purchase a parking permit, granting them access to 500 unmetered, resident-only parking spaces throughout the neighborhood. The city sells those permits for $60, or for $25 to residents living in subsidized housing. The new rules went into effect Jan. 1, with the 31-day grace period.

As quickly as Feb. 5 — not yet a week after full enforcement was scheduled to begin — residents began writing to City Council, saying violators still were receiving warnings only, not actual citations, according to documents obtained by WCPO.

Waller confirmed that she still hasn't seen a ticket issued: "I haven't seen a single ticket," she said Tuesday.

Some business owners began writing Council just as quickly, saying the parking restrictions — especially during daytime business hours — were hurting their bottom line and making it difficult for employees and customers alike to find a parking space. One OTR business owner wrote in a February 7 email, "I can assure you that this policy has already had a negative impact, based on our sales being down, our guests verbally telling us...that parking is a massive challenge, and some OTR businesses already planning to move out of the area."

A city spokesman told WCPO that the Parking Enforcement office began "formal enforcement" Feb. 18 but did not say immediately how many fined citations the department had issued. As for why the administration extended the grace period, the spokesman wrote in an email Tuesday afternoon, in part:

Given some of the feedback received immediately following the launch, the city decided to temporarily extend the grace period to allow for continued conversations on the matter and additional educational opportunities for the public.

It was a delay that City Councilman David Mann called confusing.

"It kind of confuses everybody," Mann told WCPO. "A lot of people have paid money for the right to park in residential spots, and we need to respect that."

From his point of view, the plan hasn't been in place long enough to determine whether or not it's working: "It's been a month without enforcement, so we don't know what we have. I just think we should all take a seat, let the new program operate for a while, and if it needs to be tweaked, we'll tweak it."

However, Mann also concedes that friction is part of the process of a major rule change like the OTR special permit parking plan.

"I don't doubt that there are problems," he said. "Let's not declare that the world — the sky has fallen, and we have to throw it out. I don't think that makes sense."

Both Waller and Adamson said they felt the city administration did not do enough to engage and educate the respective populations they represent.

"What I've observed is that some of my neighbors might not even be aware of this yet," Waller said. "There are lots of unanswered questions here. Why wasn't the business community engaged? Why don't we have all the signs and meters in place? Why isn't enforcement happening?"

Lack of engagement from city officials resulted in a pause in the lawmaking process last summer. That was when the City Planning Commission — the proposal's first hurdle — decided to postpone a vote on the plan and a sister proposal to lift minimum parking requirements for new developments throughout certain segments of the urban core after hearing from people living and working in the neighborhood that they hadn't learned enough about either.

Following that pause, the administration held five public hearings, one with each of the following organizations:

Now, both OTR organizations say more discussions and education are needed to find some middle ground.

Adamson said a tweak to the hours the residential permits are in effect could be one solution, but that a compromise needs to be reached quickly. Both Waller and Adamson said both residents and people working in Over-the-Rhine are struggling with the same issue — not enough parking — and are empathetic toward each other's concerns.

"We need to come together for a compromise," she said. "We also respect the residents here. We all co-exist here. Our small businesses, their day-to-day is very fragile. I think it needs to be something where we could collect data but at the same time really need to be quickly pulling together a compromise."

Waller thinks at least a couple months are necessary to really measure how the plan, as it is written now, impacts residents and businesses in practice.

"A couple of months," she said. "And we've actually suggested to the business owners that, if their employees can't afford the Town Center parking garage, could the businesses or the city subsidize those costs for a short amount of time while we figure out what this is going to look like before we start making changes."