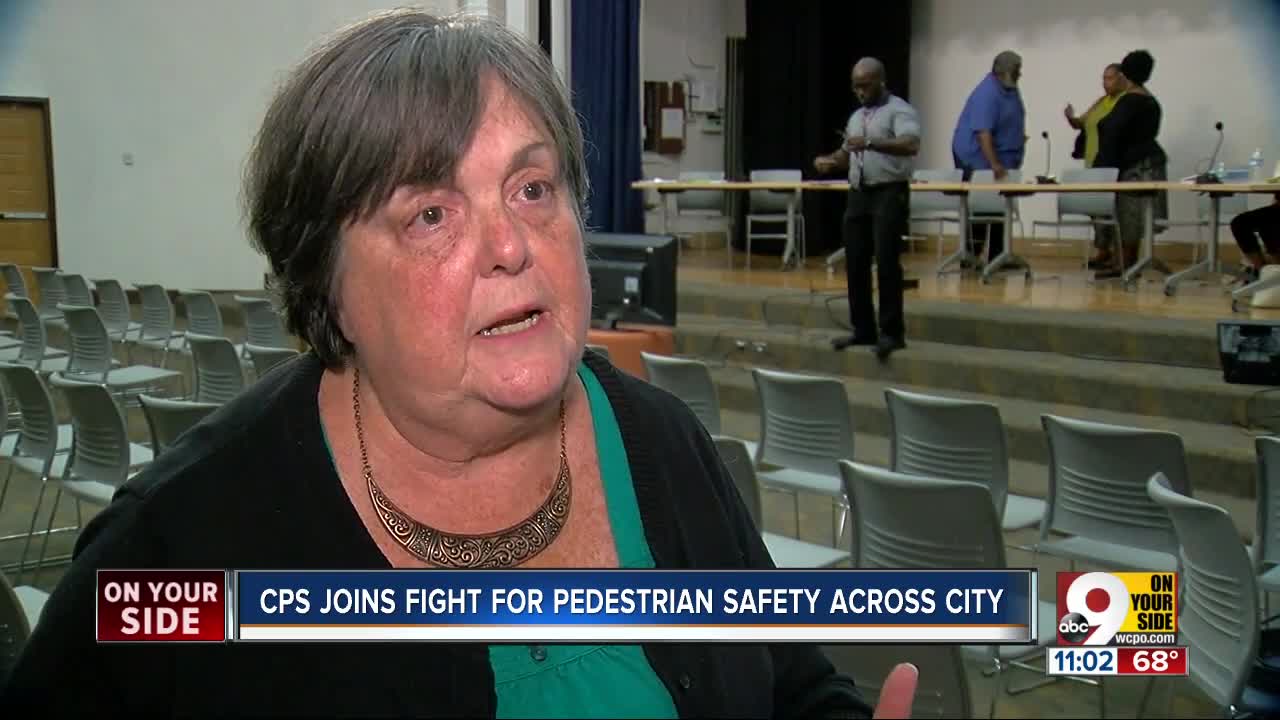 The Cincinnati Public Schools Board of Education can’t control the flow of traffic or the shape of roads within the city, but with a unanimous Monday night vote, its members made a commitment to reducing pedestrian fatalities however they can.

CINCINNATI — The Cincinnati Public Schools Board of Education can’t control the flow of traffic or the shape of roads within the city, but with a unanimous Monday night vote, its members made a commitment to reducing pedestrian fatalities however they can.

The board has a vested interest in “Vision Zero,” the nationwide pedestrian-safety initiative its members voted to join. Its stated goal is to “eliminate all traffic fatalities and severe injuries” — both of which CPS students have experienced on their walks to school.

The vote arrived a little over a year after the death of 15-year-old Gabriella Rodriguez, who was hit twice while crossing Harrison Avenue on her way to a bus stop Sept. 10, 2018. The first car knocked her down. The second rolled over her.

Her mother, who spent the year advocating for a safer Harrison Avenue, spoke ahead of Monday night’s vote.

“Being without Gabby for a year has been pretty, pretty tough,” she said. Of the commitment to Vision Zero: "Any change is better than no change."

The tasks of rearranging Cincinnati’s roadways or installing new monitoring equipment still fall to the city, which moved to begin developing a Vision Zero plan in early summer. The school district’s role, according to board members, which be about education and advocacy.

School board member Eve Bolton said CPS will work with the city to push for safer streets on behalf of its students. Although Gabriella Rodriguez was the last fatality, six students have been struck on their walks to and from school since the beginning of the new school year.

"We also want to begin to be much more proactive in educating our children about how you do cross the street or how you do drive,” Bolton said.

She plans to start immediately.