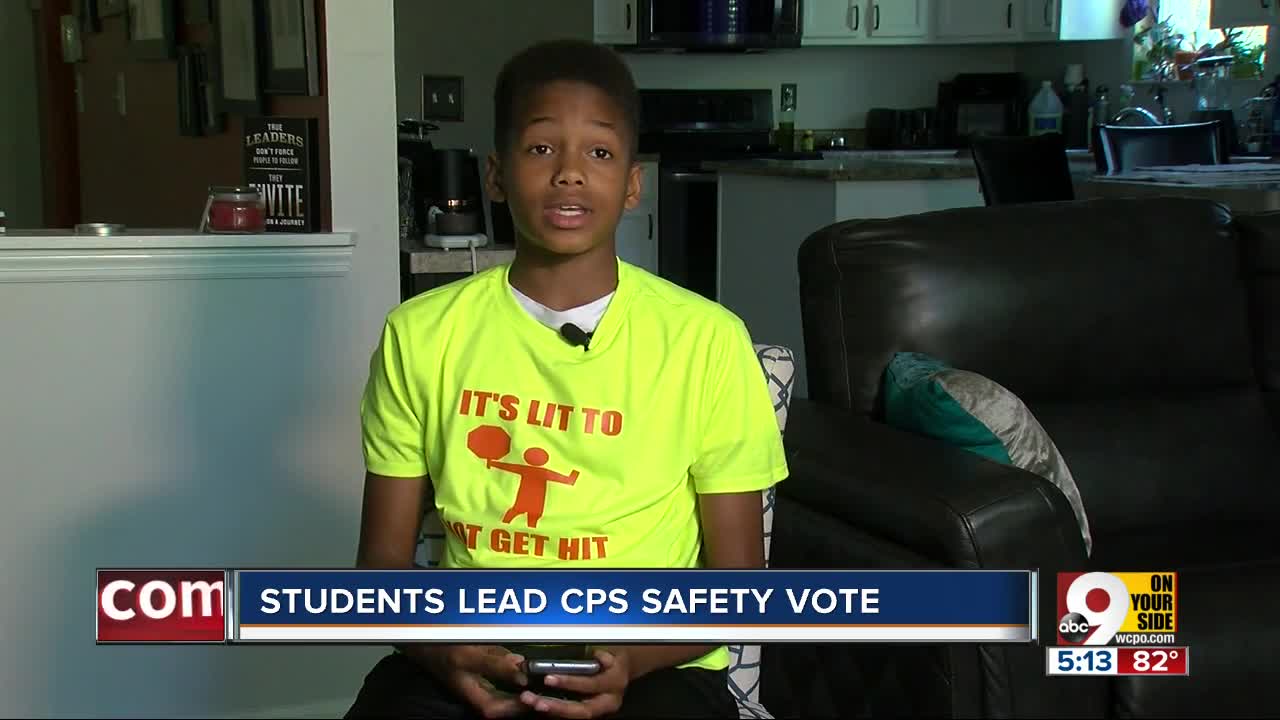 Jeremiah Thornton and Madelyn Gerker took pedestrian safety into their own hands when they realized the city wasn't doing enough. Tonight, they'll be at a CPS board meeting as the district votes to adopt Vision Zero, a plan meant to keep kids safe on their walk to school every day. 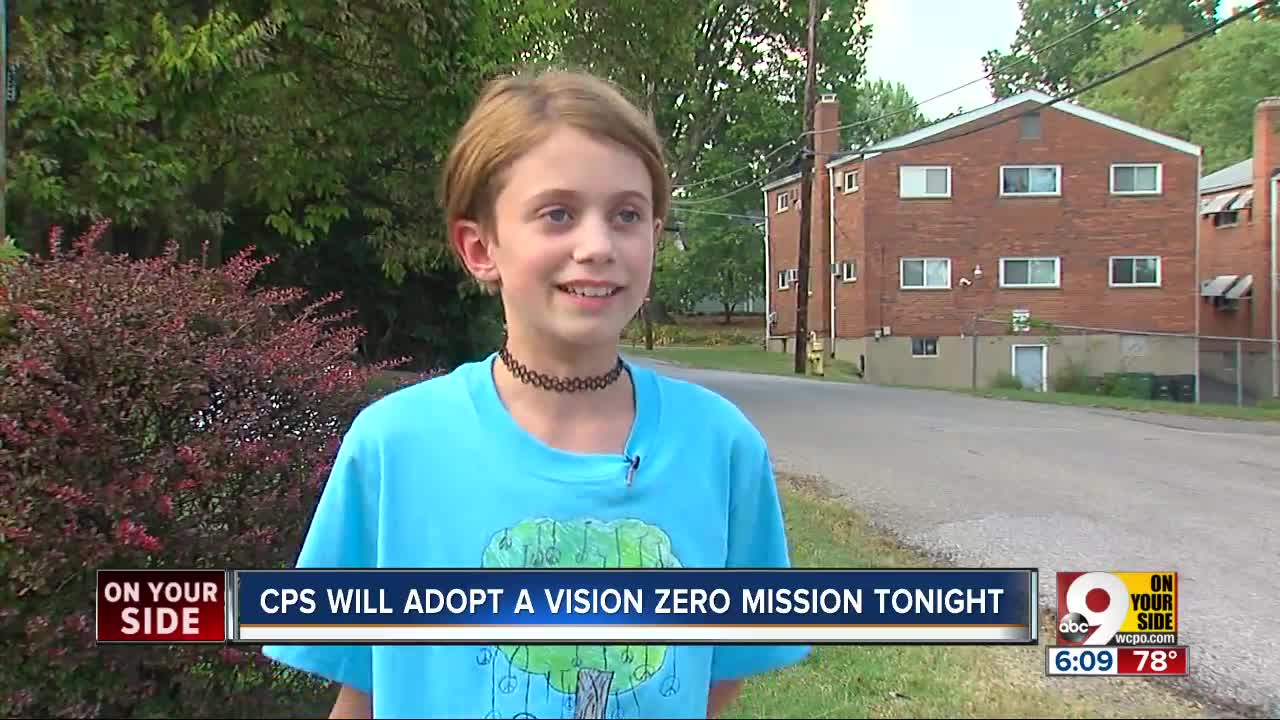 CINCINNATI — Jeremiah Thornton was just trying to get an "A."

He and his Covedale classmates created a rap about pedestrian safety.

Last year, 13 students from Cincinnati Public Schools were hit walking to or from school.

“That really, I was like, ‘Wow!” Thornton said. “People that I've known, people that are my peers are getting hit by cars.”

So Thornton decide to tackle the problem. He didn’t just get a good grade, he ended up winning a national contest and is now a public service announcement called “It’s Lit to Not Get Hit.”

For Sands Montessori sixth-grader Madelyn Gerker, it was her daily walk and a letter to Mayor John Cranley and City Council.

Her street doesn’t have a sidewalk, so she requested one.

“We just go into the grass or go into other people's driveways. We'll just like walk in a single file line to avoid the cars,” Gerker said.

J.T. and Madelyn co-chair the Youth Pedestrian Safety Task Force and were cheering a Vision Zero vote by the school board Monday night.

They’re out to stop students from getting hit, hurt or killed walking to and from school.

“We are looking for more young leaders to help the community,” J.T. said.