Cincinnati Issue 22: Voters take 1st step toward what could be a new way to fund Metro bus service 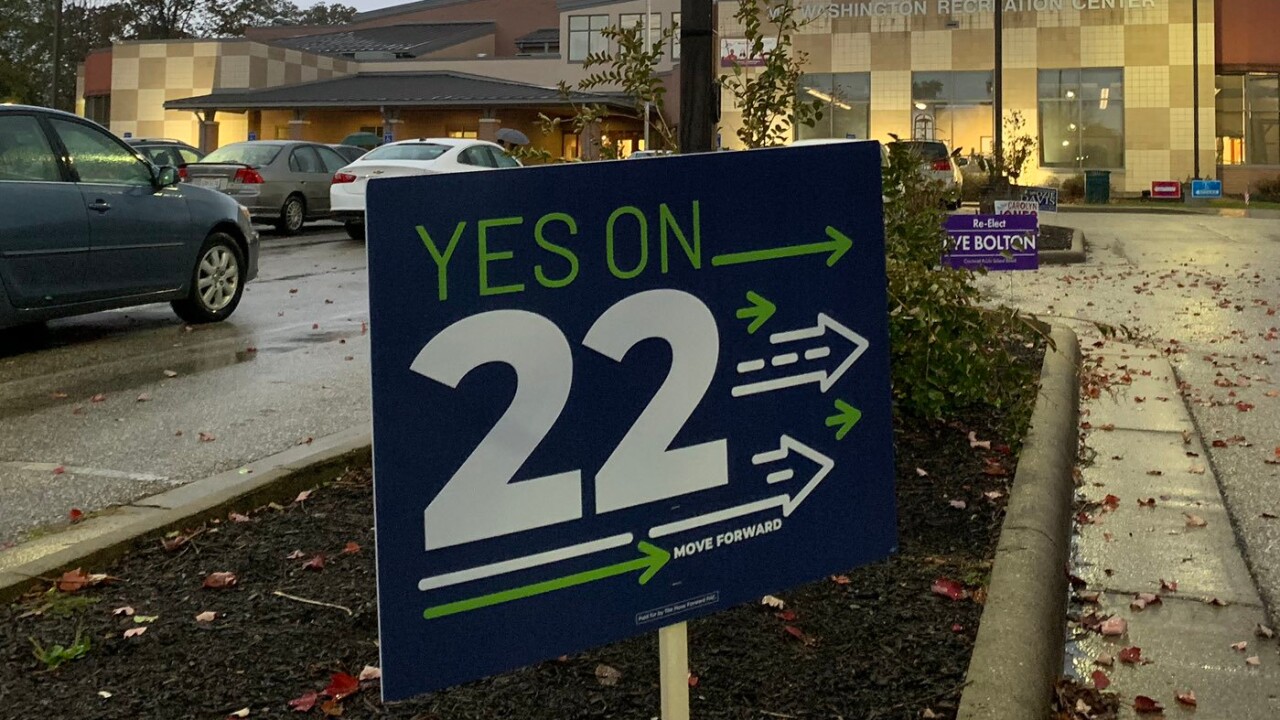 Although most transit-related ballot measures take the form of a tax increase of some sort, voter approval of Issue 22 could actually mean a tax rollback — sort of.

Metro receives 0.3% of Cincinnati's 2.1% tax on earned income. The earnings tax revenue serves as the bus system's only local source of funding, comprising roughly 50% of its annual operating budget. By approving Issue 22, voters decided to eliminate that 0.3% for Metro in anticipation of what transit advocates hope will be a successful campaign in 2020 to replace and enhance that local funding through an increase to the Hamilton County sales tax.

The measure was written so that, even though it won city voters' approval Tuesday night, it will not go into effect unless county voters approve a 0.8% sales tax hike in 2020.

About 75 percent voted to approve the ballot measure.

The next step for bus advocates now is to gear up for a tough battle for voters' support of a sales tax increase for public transit and infrastructure — something Hamilton County electors have rejected four times over the last five decades.

The SORTA Board of Trustees passed a resolution in September expressing its will to put the sales tax levy on one of next year's ballots, but the specific wording for that measure is still forthcoming. That Sept. 30 resolution passed the board with a 12-1 vote. The transit agency has until 60 days before the chosen election to submit the ballot language to the county for review. Leaders have committed to proposing a tax levy that would devote 75% of its revenue to Metro operations and the other 25% to infrastructure improvements on roads, bridges and sidewalks that would benefit Metro service.

The lone nay vote among the transit trustees was Allan Freeman, who represents Clermont County on the board. After the resolution passed, he told reporters that he rejected it because of his concerns over SORTA's relationship with Cincinnati's streetcar.

The streetcar has proven to be a thorn in the transit authority's side since SORTA began overseeing its operations on the city's behalf in 2016, with low ridership levels and technical and operational difficulties persisting for the three years it has operated throughout Over-the-Rhine, Downtown and The Banks. The city owns the streetcar; private transportation firm Transdev operates it, and SORTA oversees Transdev's management of the rail system on the city's behalf.

Cincinnati City Council and the SORTA Board passed a motion or resolution, respectively, stating their mutual intentions to remove the SORTA administration from the streetcar's management structure by the end of this calendar year, but those negotiations remained in progress come Election Day. Both governing bodies have committed to "divorcing" the transit agency from the streetcar by Dec. 31.

Critics of the proposed sales tax levy worry that, if the streetcar "divorce" does not come to fruition, there will not be a guarantee in place to prevent the sales tax revenue from going toward streetcar operations. The SORTA Board's Sept. 30 resolution specifically states the sales tax revenue would go toward bus operations and infrastructure improvements along Metro routes exclusively, but it remains to be seen how that will be written into the ballot language presented to voters.