Can Cincinnati and Hamilton County save money on the Western Hills Viaduct?

And could that speed up construction? 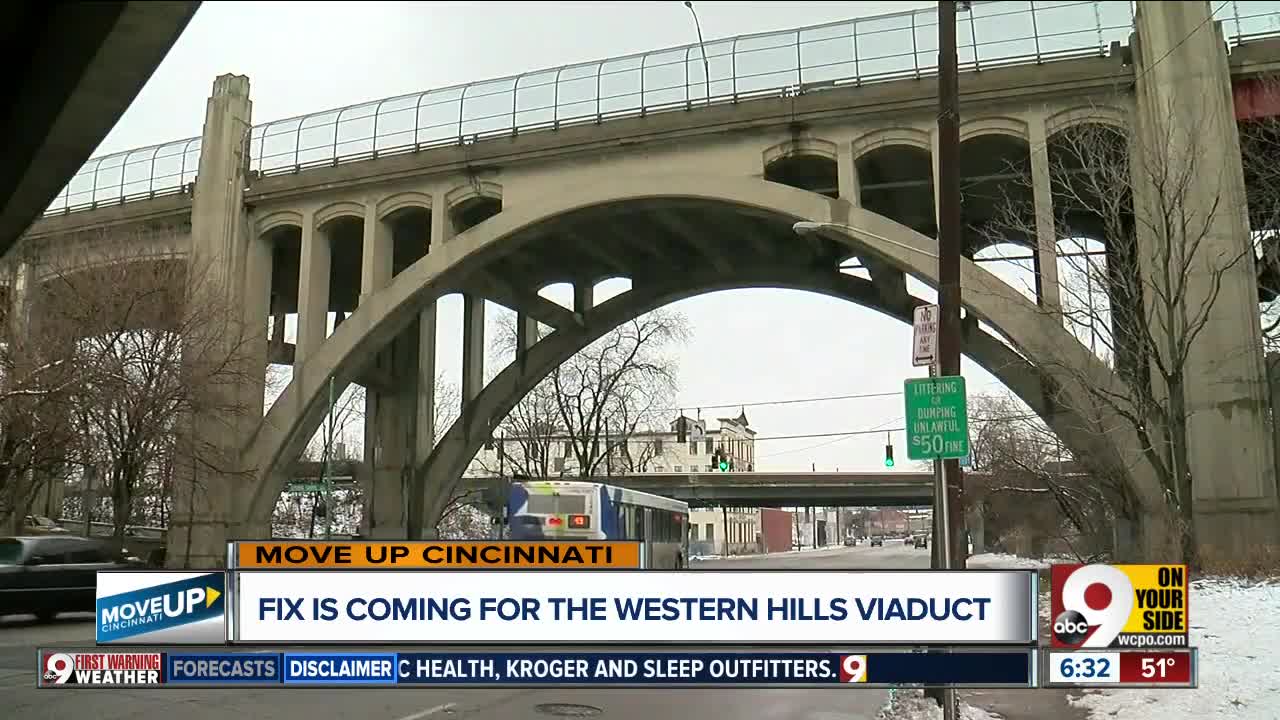 As Cincinnati and Hamilton County look for ways to resolve one of the Tri-State's biggest infrastructure headaches by financing a new Western Hills Viaduct, city and county engineers are looking for ways to bring down the price tag. As Cincinnati and Hamilton County look for ways to resolve one of the Tri-State's biggest infrastructure headaches by financing a new Western Hills Viaduct, city and county engineers are looking for ways to bring down the price tag.

Hubbard said they are working with a design consultant to come up with money-saving ideas such as building the replacement on a slightly different route than the current span. That shift would happen on the eastern side of the viaduct, just as it merges into I-75.

"There's a Duke substation that's in the path of the structure," he said. "We're trying to miss that."

The previous plan was to relocate the substation, but that isn't cheap.

"It was $35 million," said Joe Vogel, director of the Cincinnati department of transportation and engineering. In the cheaper design proposal, "we shifted it north so that we could avoid that and save that money."

However, that idea is not yet finalized. Hubbard said they are working with Duke Energy and the Ohio Department of Transportation to make sure shifting the route "doesn't create some kind of a fatal flaw." He added they should have a definitive answer within the next few months.

Meanwhile, paying for the new viaduct may be harder than building it, according to Vogel.

"There are all kinds of challenges, but once we have the money, we'll be able to move it forward," he said.

Hamilton County has committed to pay $33 million through proceeds from a $5 fee on vehicle registration renewals. Cincinnati has also committed $33 million, and $34 million more will come from a variety of other sources.

The city and county are looking to the federal and the state governments to bring in additional financing. Hubbard said they hope to receive an INFRA Grant from the U.S. Department of Transportation and a TRAC grant from the State of Ohio.

The Western Hills Viaduct, which is considered structurally sound but obsolete at the ripe old age of 85, carries 55,000 cars each day and connects western communities with Clifton, Uptown and one of the busiest sections of I-75. Vogel said the viaduct is also vital to the region because of its proximity to the Brent Spence Bridge — another longterm infrastructure quandary without an easy answer in sight.

"Where the Western Hills Viaduct connects to I-75 is actually within what ODOT calls the Brent Spence project footprint," Vogel said.

As for funding the two projects, Vogel said: "Interestingly, we want money for both."

The latest estimates called for a new Western Hills Viaduct to be built in 2025. That could change with funding and design changes.

"You can save literally tens of millions of dollars in inflation costs if you can cut down the time," Hubbard said.

Until then, maintenance crews will be outside the viaduct every three months to knock off loose concrete so that it doesn't fall on cars driving on the lower deck of the viaduct. (It's happened before.)

"It's a safety concern," said Vogel. "So, we take that very seriously."