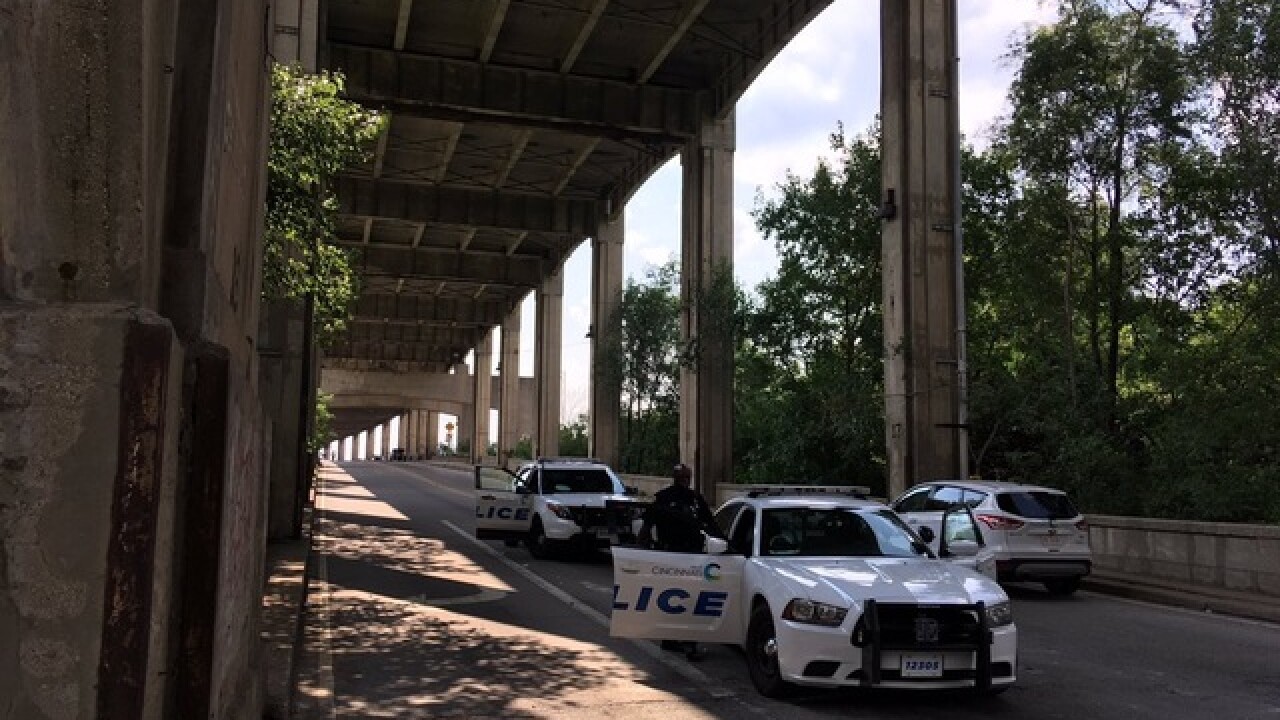 Copyright 2017 Scripps Media, Inc. All rights reserved. This material may not be published, broadcast, rewritten, or redistributed.
Ashley Zilka | WCPO
<p>CINCINNATI. July 18, 2017. The city closed the lower deck of the Western Hills Viaduct after debris fell from the underside of the upper deck.</p>

CINCINNATI -- There was bad news and good news out of the Hamilton County Commissioners meeting Wednesday besides the vote on FC Cincinnati.

The bad news: Hamilton County car owners will pay $5 more when they renew their registration every year. And homeowners may get less of a property tax rollback next year.

The good news: The extra money on your car fee will go toward replacing the Western Hills Viaduct and repairing other roads and bridges in the county. And, cross young fingers, that cut in the property tax rollback might not be necessary.

With drivers seeing the viaduct crumbling and the county strapped for cash, commissioners voted Wednesday to bite the bullet and finally address what local officials call the county's No. 1 priority.

Today we passed a plan that will fully fund the county's share of the Western Hills Viaduct replacement and repairs to other bridges throughout the county.

Commission President Todd Portune wants to use the money as a local match as the county seeks state and federal grants for the viaduct. Local communities typically must come up with a 20 percent match for any transportation grant dollars.

TAKE OUR POLL on the 5 percent tax. Vote below.

Building a new span to replace the 85-year-old viaduct will cost more than $330 million.

Portune, who had unveiled the funding plan, said about half of the fee increase -- that is, between $20-30 million out of roughly $40 million in revenue -- would go toward the viaduct. Under state law, the money can only be used for roads, bridges and viaducts.

Completed in 1932, the Western Hills Viaduct is a major commuter route for West Siders, carrying 55,000 vehicles a day.

It also has been the subject of strict scrutiny for nearly a decade. This is especially true within the last year, when drivers began noticing cracks along the structure's side. Over the summer, a chunk of concrete fell from the upper deck onto a driver's windshield.

While technically "structurally sound," the bridge suffers one of the lowest bridge ratings possible, deeming it necessary not just to upgrade, but to replace.

Portune said the county expects sales tax revenues to drop $15 million next year and blamed the state, in part, for "reducing the amount of property tax counties can recover." He said commissioners considered reducing the rollback to 45 percent next year.

But Portune said the county would guarantee a 75 percent rollback in 2018 and  do a "mid-year review" to see if it could afford a full rollback.

Voters approved the stadium sales tax in 1996 on the promise of a property tax rollback and a $200  million building program for Cincinnati Public Schools.

Years later, a Wall Street Journal article called Cincinnati's stadium deal one of the worst in the history of professional sports.

A 2016 WCPO analysis found the county has poured more than $920 million since 2000 into the Bengals stadium. Great American Ball Park, the Cincinnati Reds' stadium, has cost the county $621 million to build and operate since it opened.