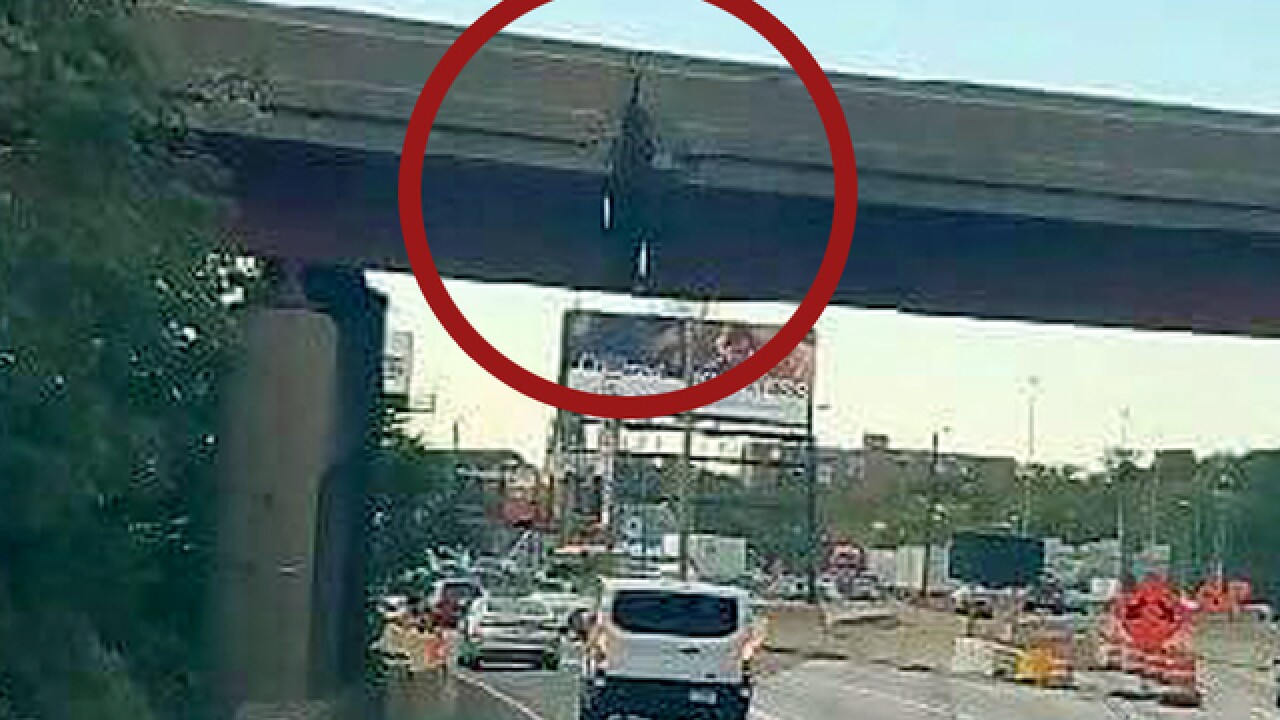 CINCINNATI -- A ramp leading to the Western Hills Viaduct is not falling down.

That's according to Ohio Department of Transportation spokesman Brian Cunningham, who said he was getting calls again Monday after another image of the ramp gained traction on social media.

As seems to happen every few months, someone posts a photo on social media, saying the ramp's falling down. Usually, the city of Cincinnati takes the heat, but the ramp isn't the city's responsibility -- it's the state's. Hamilton County is responsible for the viaduct itself.

When the photos go viral, ODOT gets bombarded (so do us folks in the media).

It wasn't falling down then, either, Cunningham said.

"Where you see what looks like the joists or trusses are separated, it's actually an expansion joint, and it is designed that way -- to fluctuate," he said. "So other than not looking real pretty, it's not falling down."

Many people weren't convinced. "I sure hope this doesn't become one of those 'I told you so' moments because the state has taken no action - at least to the best of my knowledge," Cynthia Boatright said.

ODOT checks bridges annually; Cunningham says the ramp to the viaduct gets checked much more often, probably once every three months or so.

Another person commented that the expansion joint appeared to be working as it should:

The viaduct itself is 85 years old; the ramp was a newer addition when Interstate 75 came through in the 1960s. The structure serves as a critical link between Downtown, Uptown and the city's West Side, carrying 55,000 vehicles a day.

And to be clear, the viaduct does need to be replaced sometime in the near future. It's made of steel encased in concrete; as that steel gets rusty and expands, concrete comes loose. State officials say they regularly remove the concrete in danger of falling; so does the city, which inspects the bridge for the county.

But sometimes, a chunk breaks loose and falls on its own. That happened in mid-July, when concrete fell onto a truck driving on the lower deck. Cincinnati police closed the lower deck for a few hours that day.

Estimates put the replacement cost at $330 million. Commissioner Todd Portune hopes his plan will gain some traction. It would extend a county-wide quarter-cent sales tax for another five years and increase the driver's license fee.

This story contains prior reporting from WCPO's Pat LaFleur.