'Banging your head against the wall': How do families find closure after serious or deadly crashes? 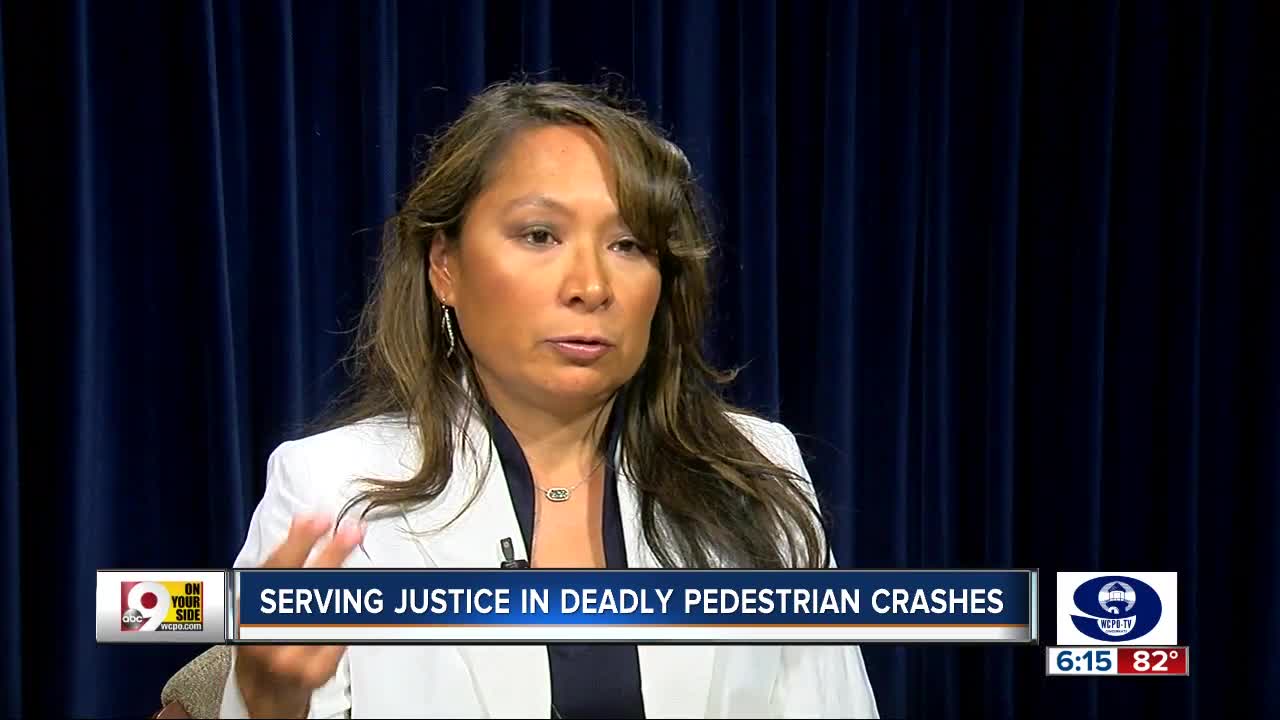 How do families find closure after serious or deadly crashes? 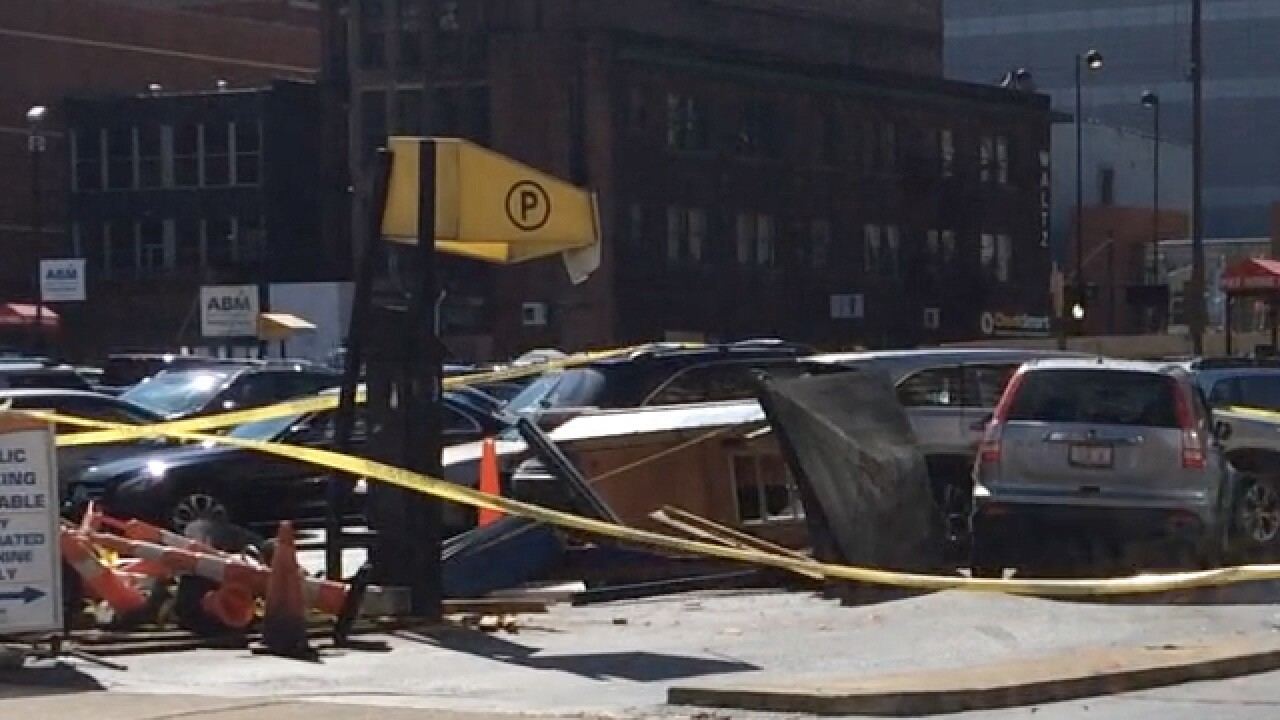 CINCINNATI — Shawna and Eduardo Rodriguez are used to having kids running in and out of their front door. With four children of their own, the Westwood family are the kind of people whose home has become a sort of hub for the neighborhood -- a place where they can gather after school, after practice or on weekends, and just be kids.

But despite the persistent foot traffic through her living room -- her kids, their friends, family members and numerous family pets -- Shawna can't help but notice one sound that's conspicuously absent.

"I don't hear her just burst through the door and screaming and getting mad at her brothers," she said.

She was referring to her daughter, Gabriella. The 15-year-old Western Hills University High School softball standout died last fall, after two drivers struck her on Harrison Avenue as she was crossing the street to catch her Metro bus to school.

"All my kids are bright and loud and happy," Shawna told WCPO. "Gabby was the loudest. She demanded attention. She was my youngest and my only daughter."

Ten months later, Shawna, Eduardo, their children and their neighbors are still searching for answers -- and for the driver who fled the scene after causing the teenager injuries that ultimately would prove fatal.

When does a crash result in criminal charges?

The Rodriguezes are not alone. A WCPO analysis of police reports and court documents found more than 20 hit-and-run crashes in which a pedestrian was seriously injured or killed on Cincinnati streets in 2018 alone -- a year that saw more pedestrians involved in crashes than any of the five years prior.

A drill-down of Cincinnati crash records shows that, of the nearly 70 serious or fatal crashes last year, police deemed slightly more than half -- 36 -- to be caused by the driver involved. A majority of these resulted in a citation or charge for that motorist, the most common being a pedestrian right-of-way citation, a ticket with a fine payable to Hamilton County traffic court. These would be cases where the pedestrian was legally crossing at the time of the collision.

Two of those serious-injury crashes led to criminal charges beyond a traffic violation: one for reckless driving and the other for aggravated vehicular assault and, police said, involved the suspect illegally carrying a weapon in the vehicle.

Additionally, there were six serious crashes and one fatal crash in which the responding police officer listed the driver as "at fault" for the crash, but court records indicate no charges were filed.

As for the fatal crashes over the last five years, here's a breakdown of how those played out for the drivers involved:

Whether or not a driver in these cases is charged with a crime -- even if they're listed as "at fault" -- comes down to proving whether that driver was driving impaired, recklessly or negligently, according to Jocelyn Chess, with the Hamilton County Prosecutor's Office. She is the chief associate prosecutor of the municipal division, which deals with felony charges as well as misdemeanor charges throughout the county's other cities and townships.

Chess defined "negligence" as "failing to avoid a risk that may exist" -- in other words, primarily things like driving distracted, by text messages or otherwise.

WCPO's analysis of fatal crashes in Cincinnati dating back to 2013 found a slightly higher percentage of drivers "at fault" -- 20 out of 35. Eleven of those cases led to citations or charges: Seven of those led to probation and license suspension for anywhere from two to five years, one suspect was charged but died before his court proceedings, and three others led to conviction and jail time.

"If we can’t prove that he or she was under the influence or he or she was driving recklessly, then we say, 'Look, can we prove this was negligent?' If not, then it was just an accident."

Even in cases in which officers assign fault or error, it still can be unclear exactly what occurred during the crash.

Ohio attorney Steve Magas has made a career representing bicyclists and pedestrians injured in traffic crashes. He told WCPO that, even in cases where a pedestrian's right of way seems obvious, the law still can be ambivalent.

"The law (in Ohio) says you're not allowed to suddenly leave your place of safety and walk in front of a car that is so close as to create an immediate hazard," Magas said.

Officers responding to crashes reflect this in their reports, sometimes using words like "darted" or "jumped" when describing a pedestrian's movement into the street. But Magas said what is "sudden" or "immediate" danger can be hard for any road user -- whether they're in a car or on foot -- to suss out in the moment.

"Legally, the law is a little goofy in that. It talks about this whole 'suddenly leaving the curb' and 'not putting yourself in immediate danger,' but it's a little hard to figure that out on the fly. And you're thinking, 'Well, gee, do I have to stop, yield, slow down? Do I have the right of way? Do they?'"

This can mean that, even in cases when pedestrians hit seek damages in civil court, an "at fault" for the driver doesn't guarantee compensation for those injured in a crash.

"When somebody gets hurt badly, a lawsuit comes up, and now lawyers on both sides are really digging into these cases," Magas said. "And a pedestrian often loses because these cases generally come up in situations that aren't glaringly obvious as to what happened."

For Chess, one challenge in building a case to prove a driver's impairment, recklessness or negligence comes down to finding witnesses to testify.

She said they also look for other "circumstantial evidence," such as who caused the collision or prior driving record.

"Sometimes if they have prior traffic offenses or convictions, that could enhance the charge."

In the case of Gabriella Rodriguez, officers found the 15-year-old to be in error -- she was not crossing at a marked crosswalk -- but that finding doesn't mean her parents have any sense of closure 10 months after their daughter's death.

In fact, far from it: Eduardo and Shawna said they feel less certain than ever over the events leading up to the early September morning crash.

"We're coming up to a year, and we don't even know what color car hit her. It's sickening, really, to not be anywhere, anywhere close," Shawna said, referring to the investigation into the second vehicle that struck Gabriella and fled the scene.

That why she wishes there was more video evidence available to give a clearer sense of what happened that morning.

"If we had cameras at major intersections or busier roads," Shawna said. "I do wish that we had more cameras and patrol. For the first few weeks after Gabby died, that's all you seen, was the cops."

She said the city installed a speed detection device near the crash site for two weeks following. "It was there, and it's gone. they need to leave that stuff up because I notice people slowing down. I notice people paying attention, and when police presence is around, they do slow down because on this road, it's a racetrack."

In the weeks following Gabriella's death, Cincinnati police initiated multiple traffic and speed enforcement blitzes, in which they targeted known speeding hot spots throughout the city, one of which yielded more than 600 citations for speeding and other moving violations.

As WCPO has previously reported, the city administration is seeking information from vendors on the implementation of speed enforcement cameras. City Councilman Greg Landsman in January called for a report on the feasibility of using such enforcement technology, which would require a voter-approved amendment to the City Charter in order to implement.

As the city works on these improvements, Eduardo and Shawna Rodriguez described the process of trying to find the driver who hit Gabriella as "like banging your head on the wall."

"Parents who have not lost a child, they don't understand, you know, and I don't want them ever to understand, but that's what fuels me," she said. "No weddings, no babies -- I lost a lot with her that day. I lost my best friend. One change, that's all I ask, you know?

"Actually I'd ask a lot more, but if I can just get one person saved, it's worth it to me."

WCPO has requested information on the latest in CPD's investigation into the crash that killed Rodriguez and is waiting to hear back.