'Never had anybody help me out like this before' 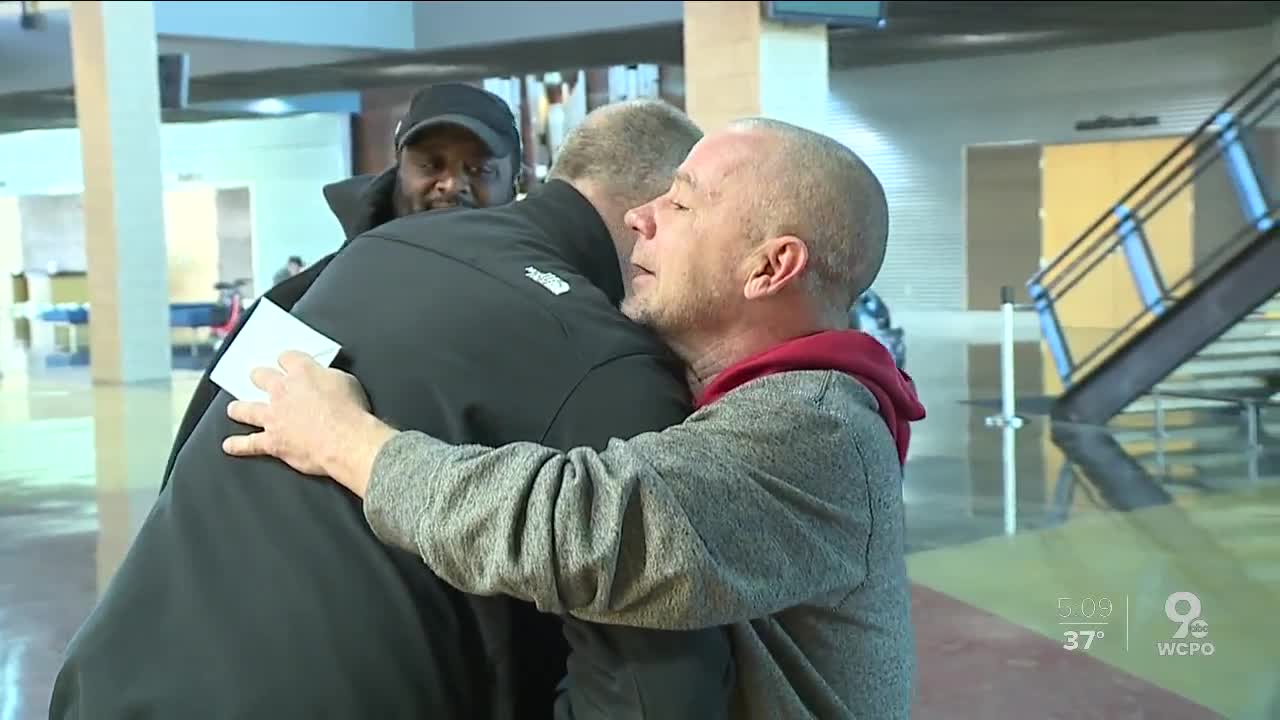 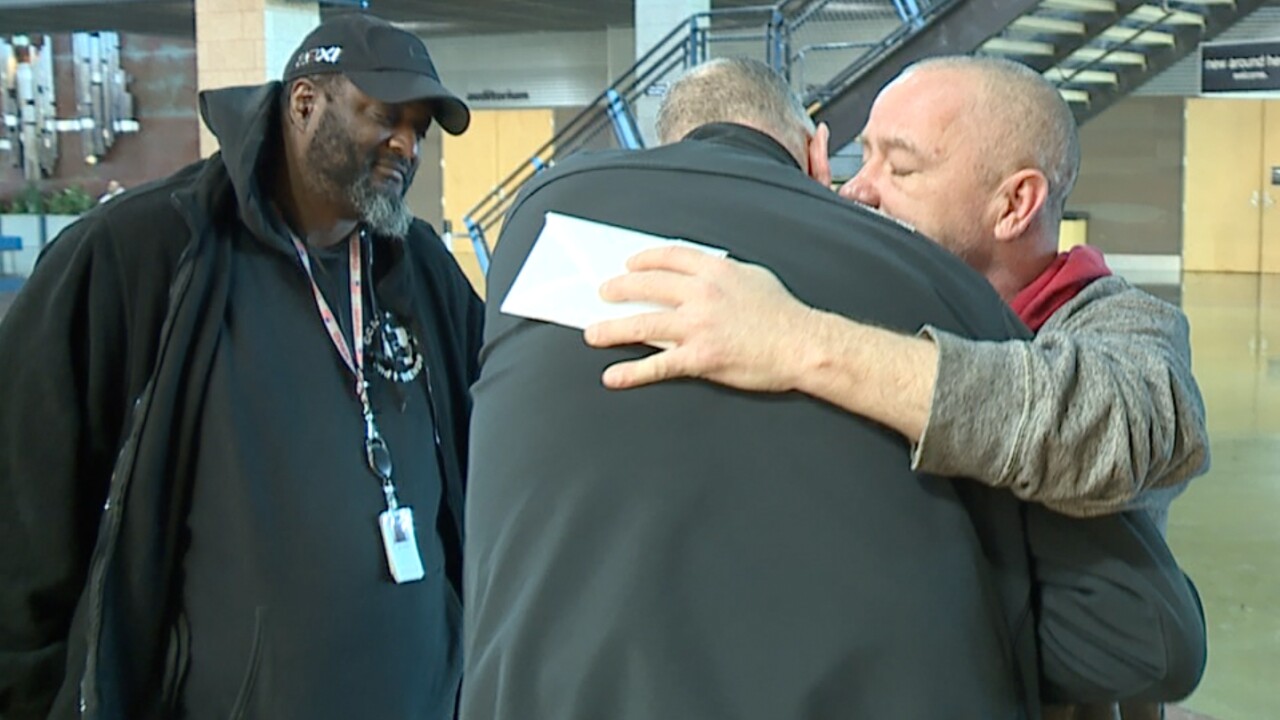 CINCINNATI — When U.S. Marine Corps veteran Mickey Harlow shared his story this week with WCPO, he didn't expect a viewer to share something back.

"There were several of us that kind of felt moved by his story that, hey, here’s another guy who’s been helped through both Easterseals, Joseph House, and he’s trying to get his life back together," Chris Yeazel told WCPO.

Moments later, he surprised Harlow with a cash gift to help reinstate his driver's license.

"I was in shock, man. I’ve never had anybody help me out like this before. It lifts a big weight," Harlow said after receiving Yeazel's gift. "I, uh, you know, with everything that’s happened the last couple months, I did buy a car that had a lot of problems. I thought it’d set me back another couple months.

As WCPO reported Thursday, Harlow hit hard times late last year when he was convicted on an OVI charge. For the last two months, he's been saving "every dime (he) could" to afford a Cincinnati Metro/Transit Authority of Northern Kentucky bus pass to get to work, medical appointments and the grocery store.

Before he had the pass, with no way to transport himself, he was stuck working minimum wage jobs in the city's urban core.

"I had to work Downtown, ended up working, you know, horrible jobs down here. I was working 10-hour days making $41 a day," Harlow said. "If it weren't for Metro, I'd be stuck working minimum wage down here somewhere. It helps a lot."

Now, he works third shift at Amazon's warehouse facility across the Ohio River in Hebron, Kentucky.

Yeazel is a member of Crossroads Church, where he organizes a group of veterans who come together for support and fellowship. Last summer, the group hosted its first Man Veteran Camp, a retreat for men who served in the military to gather and reflect on their service and their faith.

"We have shared experiences. We want to be able to help each other, hold each other up," he said. "And for us, we’re Christian, so we obviously want to bring God into that mix and just show his love through our actions."

Yeazel said his group is inspired by stories like Harlow's that show veterans who are working hard to overcome the challenges inherent in returning to civilian life.

"He’s doing the hard work, putting the work in, but maybe he just needs a little more help," he said.

"He’s connected all the dots and crossed his T’s and dotted his I’s, and he’s basically just been an example of what happens when you follow a program," Macklin said. "He’s trying to fight his way out of a hole financially and get his driver’s license back and reintegrate with his kids, and this is just the result of his hard work."

Macklin said transportation remains one of the top challenges for veterans when they return home.

"Transportation, especially for job employment, is a big deal because the inner city jobs pay at minimum wage," he said. "We have to go outside of the (Interstate) 275 loop for them to get jobs that will help them sustain their families."

Harlow said he's grateful for how Metro and TANK bus service helped him secure a well-paying job — and wants to keep using the bus in the future — but he also said being able to drive could save him hours of commute time every day. Today, Harlow has to be on the bus by 4 p.m. to get to Hebron by the time his shift starts at 6. When he gets off work at 6 a.m. the next morning, he doesn't get home until close to 8 a.m.

"It leaves no time for sleep or to do the things I got to do during the day," he said. "There's no time left during the day to do what I have to do because commute is such a problem. It takes up four hours of my day."

Now, he's looking forward to getting some of that time back.

"I can get my license now, my insurance and get my car up and running to where I can, to move forward," he said.

After airing and publishing Harlow's story Thursday, numerous readers and viewers contacted WCPO asking how they can help. If you'd like to help a veteran with transportation assistance or make any other type of donation, you can contact Easterseals via this online form. You can learn more about Easterseals' military and veteran services program here.