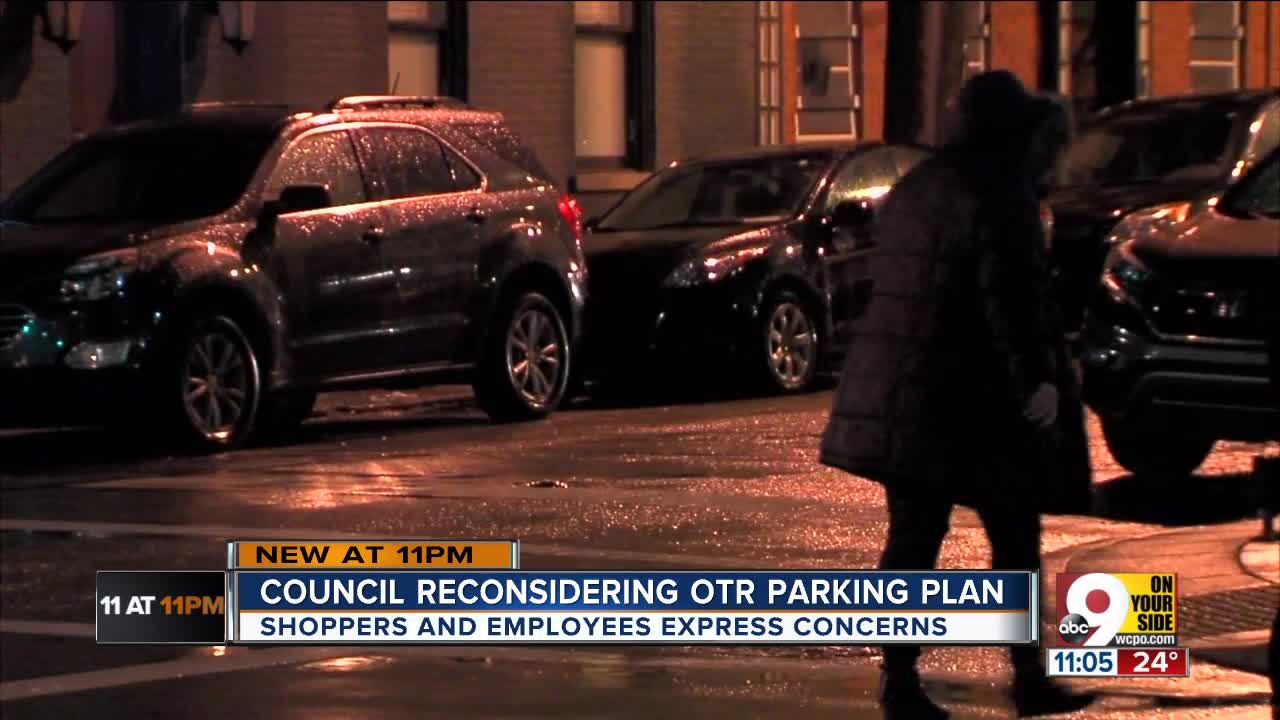 Following swift backlash from some in the Over-the-Rhine business community, a controversial residential parking permit plan could face changes little more than two months into its implementation.

CINCINNATI — Following swift backlash from some in the Over-the-Rhine business community, a controversial residential parking permit plan could face changes little more than two months into its implementation.

Cranley introduced two separate amendments. One ordinance would allow people who work in the neighborhood to obtain permits, and the other would allow "flex parking," meaning the program would only reserve those 500 spots for permit holders during "nighttime" hours.

The mayor has vetoed previous versions of OTR parking permit plans. This version was tied to a separate piece of legislation lifting off-street parking requirements for new developments throughout Over-the-Rhine, Downtown, Pendleton and parts of West End and Mount Auburn.

As WCPO previously reported, the city did not begin enforcing the new parking permit rules as originally planned. The plan called for a 31-day grace period during the month of January, with Parking Enforcement set to begin writing tickets to violators beginning February 1. Enforcement in reality did not begin until February 18.

Given some of the feedback received immediately following the launch, the city decided to temporarily extend the grace period to allow for continued conversations on the matter and additional educational opportunities for the public.

Kelly Adamson of the OTR Chamber of Commerce said the parking restrictions have been especially difficult on the neighborhood's small businesses, whose employees struggle to find affordable parking near their places of work.

"I think the fact that residential is being enforced 24-7 has negatively impacted our small business owners, especially the small businesses and the retention of their small business employees when they're coming down here and they don't have a place to park," she said, adding that some of the neighborhood's smaller businesses had already lost employees since the city began to issue warnings in January.

Others, including City Councilman David Mann, worry the plan hasn't been given a chance to show whether it works or not.

"It's been a month without enforcement, so we don't know what we have," Mann told WCPO in February. "I just think we should all take a seat, let the new program operate for a while, and if it needs to be tweaked, we'll tweak it."

Cranley introudced the legislation during Wednesday's 6 p.m. City Council meeting. He referred the ordinances to Council's Budget and Finance Committee, which could consider them as early as Monday, March 11.