CVG will soon have its own Christian Moerlein craft beer 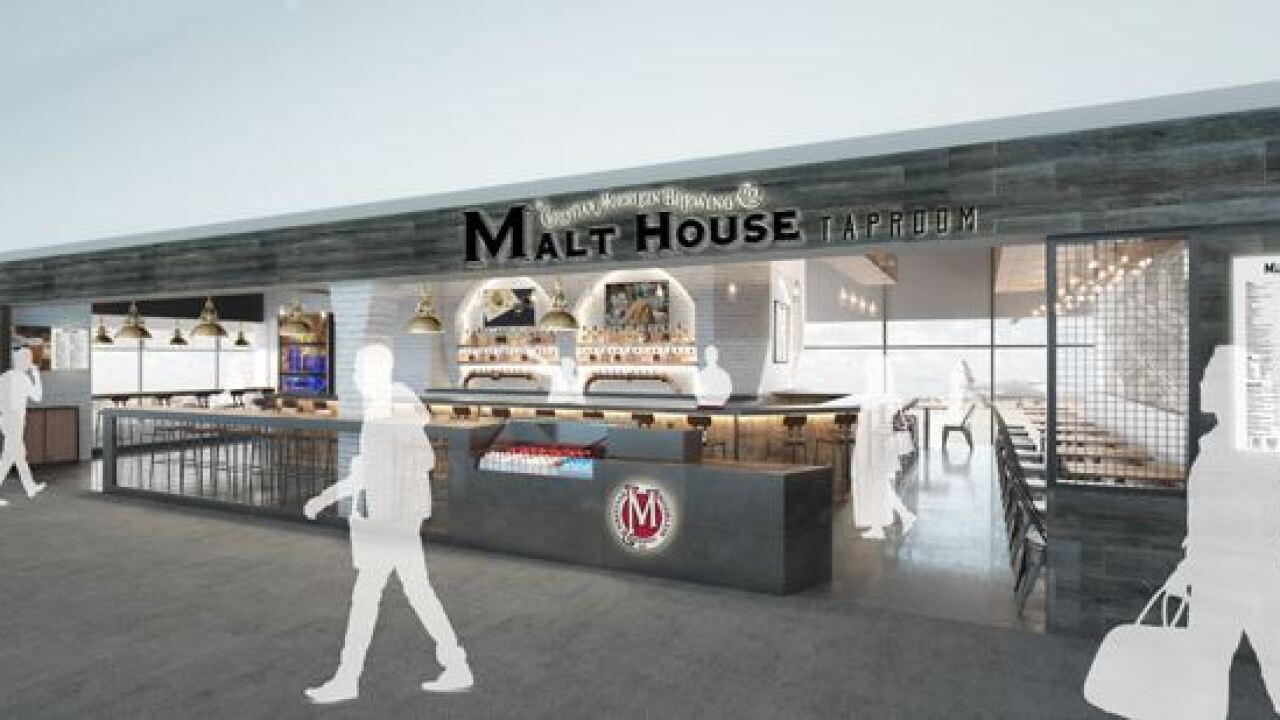 HEBRON, Ky. — Christian Moerlein Brewing Co. is almost ready to launch its taproom at the Cincinnati/Northern Kentucky International Airport. But first, it will release a new travel-inspired beer in a first-of-its-kind collaboration that also pays homage to the past.

Christian Moerlein, one of the oldest craft breweries in the city, has partnered with the airport to create JET CVG, a black, German-style schwarzbier, that the parties will tap this week.

While Cincinnati has celebrated a number of unique beer collaborations in recent past – Braxton Brewing Co. and Graeter's, for example, teamed up to create both a Pumpkin Pie Ale and Black Raspberry Chocolate Chip Milk Stout – CVG is the first airport to partner with a local brewery to produce a beer, said CEO Candace McGraw.

Christian Moerlein president and CEO Greg Hardman said the idea originally started as a way to commemorate the brewery's newest location, a Malt House Taproom that's under construction at CVG. It quickly took off from there.

The beer "was made to marry the love of beer and travel, and inspire locals to jet off to their next adventure," he said.

"We're obviously really excited to open a taproom at CVG, but we're even more excited to brew a collaborative beer with CVG that inspires travel," Hardman told WCPO. "We wanted to pay homage to our German-American roots. While it's a black beer, it's a real nice, clean lager with low bitterness, so it's very smooth with a lot of complex flavors."

JET CVG, which features German Hersbrucker hops with roasted malts, slight coffee and hints of tobacco, will make its official debut this weekend, during a keg tapping and "beer hall singalong" that starts at 8 p.m. Saturday at the Christian Moerlein Taproom in Over-the-Rhine. Hardman said he wanted to debut the beer there because the CVG design pays homage to the space, originally opened in the 1860s.

"There's a live band on stage and people come up and request songs and literally sing along. It's also a nod to our roots," Hardman said. "Before (commercial) radio, beer halls and biergartens were the place where people got their social fabric, where they kept up with everything going on. It was not unusual for people to go into a beer hall, pick up an instrument and entertain themselves by singing songs."

JET CVG, meanwhile, will be on tap at all three Moerlein locations, including the Lager House at The Banks. JET also will be one of 11 Christian Moerlein beers featured at the airport when the Malt House Taproom opens in the coming weeks in Concourse A.

The bar/restaurant project, first announced last September, is on track for an early 2019 debut.