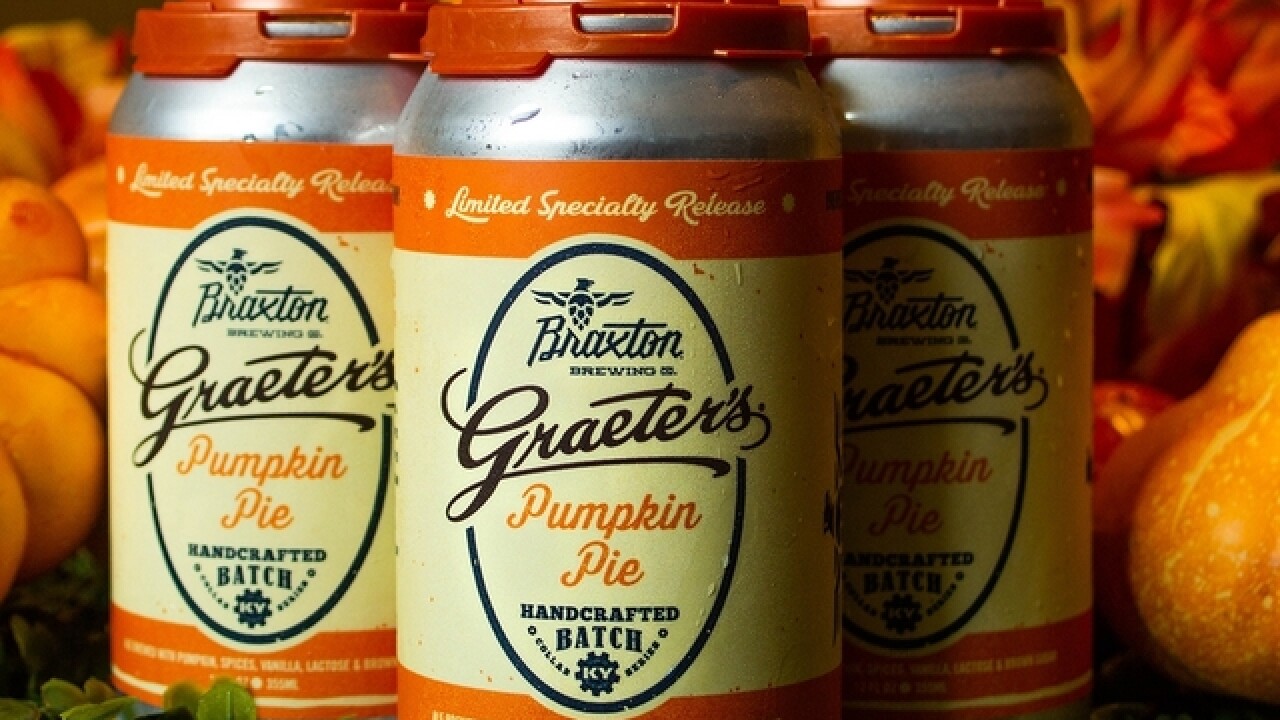 COVINGTON, Ky. – Braxton Brewing Co. and Graeter's Ice Cream are brewing up a real treat for this fall.

The Covington-based brewery announced it has once again teamed up with the 148-year-old Cincinnati craft ice cream maker to create its first seasonal Pumpkin Pie Ale. The beer will make its debut at a special release party this Friday at Braxton's Covington taproom , which is located at 27 W. Seventh St.

The Pumpkin Pie Ale will then be sold in cans at Cincinnati, Dayton, Columbus, Lexington, Louisville and Northern Kentucky-area Kroger markets, plus other retailers, beginning on Sept. 17.

"Fall is a great time to be in the beer business, especially this year," said Jake Rouse, CEO of Braxton Brewing, in a press release. "Our new Pumpkin Pie Ale is not only a first for us, but we're also fortunate enough to once again be inspired by our friends at Graeter's. This is a beer that we're hoping will be another big hit with fans."

The ale will feature notes of pumpkin pie spice with a bold aroma and deep brown color.

RELATED:  Pumpkin spice crazy: Has the trend gone too far?

Pumpkin Pie Ale will also be on tap at Oktoberfest Zinzinnati, which takes place Sept. 21-23 on Second and Third streets, between Walnut and Elm streets, in Downtown Cincinnati.