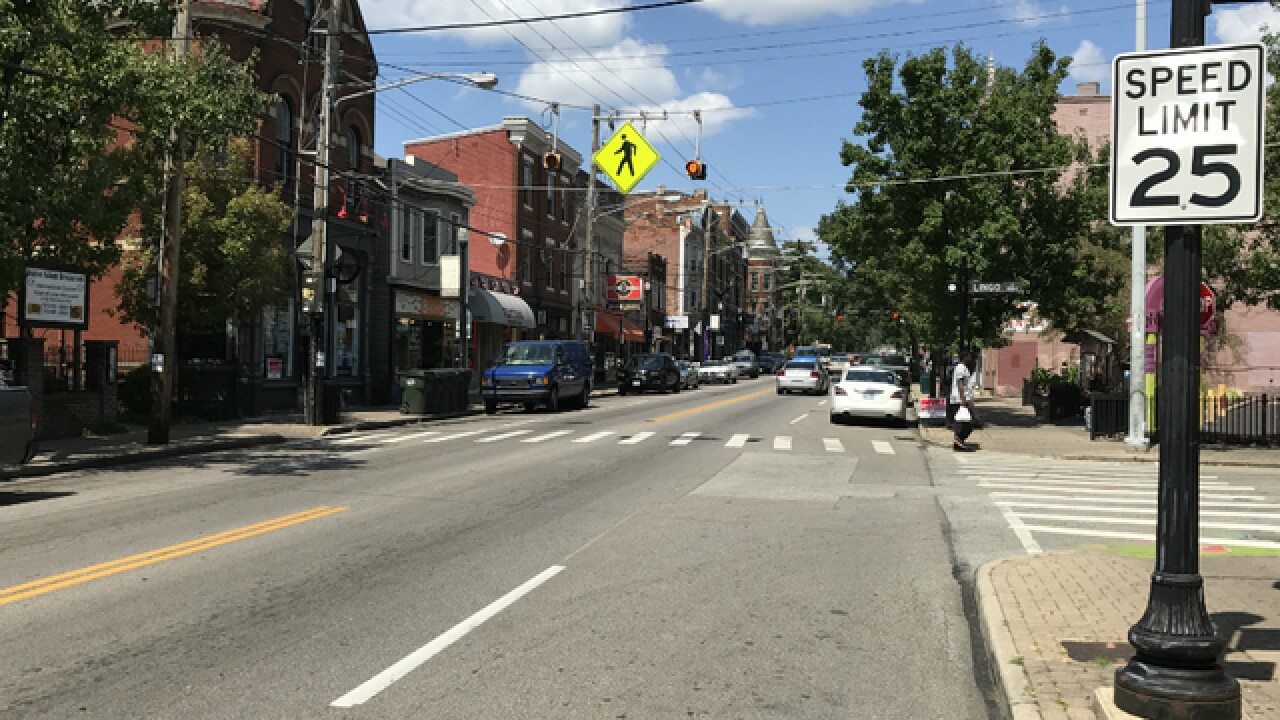 CINCINNATI — The city will make 24-hour parking on Hamilton Avenue in Northside a permanent change, after a monthslong test intended to reduce speeding and crashes along the busy commuter road.

In a memo to City Council and Mayor John Cranley, City Manager Patrick Duhaney said Wednesday the city surveyed Hamilton Avenue users and found 78 percent of respondents saw an "increase or significant increase in traffic safety" since the test began in May. The survey took responses from more than 200 residents who said they use Hamilton Avenue at least once a week.

Duhaney said more than 80 percent of respondents did not notice an increase in traffic congestion as a result of the test, or that the increase in congestion was "minimal and acceptable."

"The results of the survey clearly support the 24-hour parking," Duhaney wrote.

In response to the survey results, the Northside Community Council voted last month to express its support for making the new lane configuration permanent.

Until May 12, 2018, the city prohibited parking along the stretch from 7-9 a.m. and 4-6 p.m. in order to allow more traffic flow during the busy commuting hours. The new configuration limits travel to one lane in each direction at all hours of the day.

As WCPO previously reported, crash data seem to support the survey's findings: Between May 1 and Nov. 30, rush hour crashes along Hamilton dropped nearly 70 percent between 2017 -- when rush hour parking restrictions were in place -- and 2018.