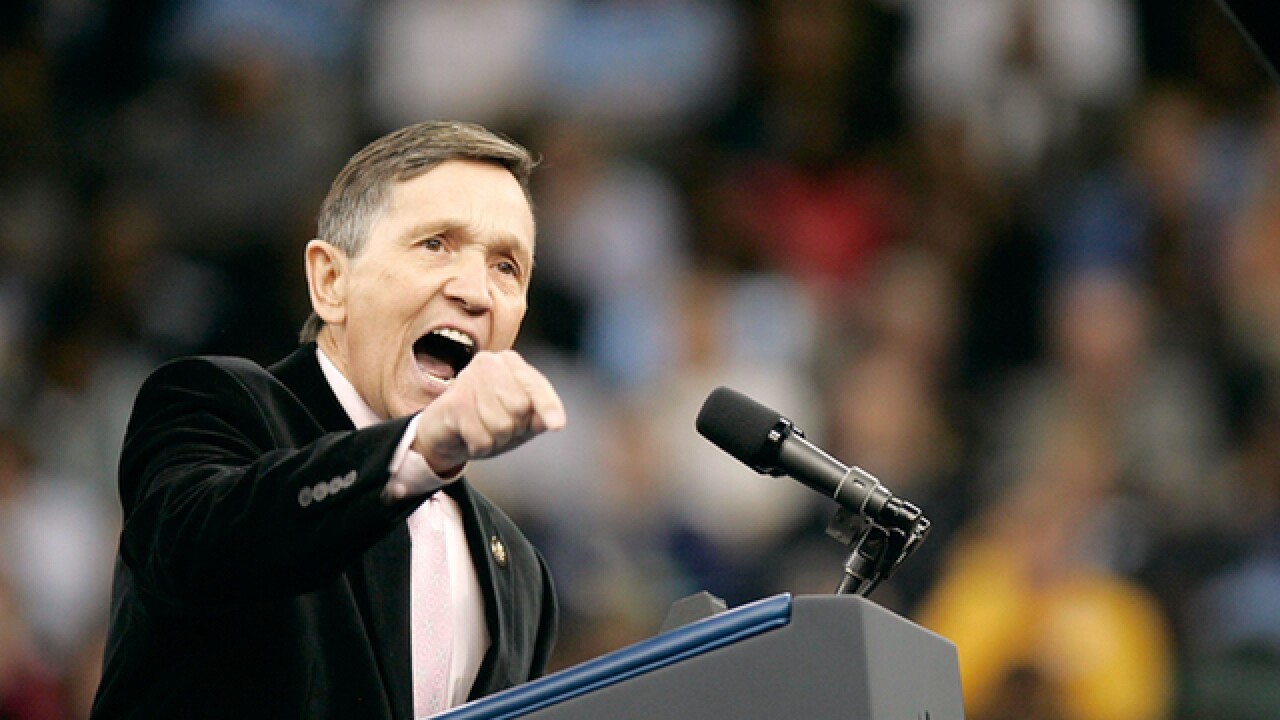 The outspoken liberal Democrat’s filing with the Ohio Secretary of State’s office designated a treasurer for the Kucinich for Ohio campaign.

Kucinich, now 71, was elected mayor of Cleveland 40 years ago and ran unsuccessfully for president in 2004 and 2008. He was first elected to Cleveland City Council at age 23 and was known as the “boy mayor” when he took that post in 1977.

He would join a crowded Democratic field with half a dozen other candidates, including former federal consumer watchdog Richard Cordray.

There’s been speculation that the Republican field could change if one or more of the candidates jumps into the U.S. Senate race to try to unseat Democrat Sherrod Brown after Republican Treasurer Josh Mandel ended his bid Friday because of his wife’s health.

The liberal Kucinich lost the congressional seat he first won in 1996 in 2012, following redistricting that put two Democratic incumbents in the same district. Rep. Marcy Kaptur, a Toledo Democrat, won the primary.

The Cleveland native first won a city council seat in 1969 while a student at Cleveland State University. Efforts to reach him Monday were not immediately successful.

Cordray entered the race last month and Ohio Supreme Court Justice William O’Neill has announced plans to leave the bench this month to also make a run for the Democratic nomination.

Ohio Democratic Chairman David Pepper said despite Kucinich’s familiarity among Ohio Democrats, he would have to undergo the same vetting process by the party as all the other candidates to participate in Democratic debates scheduled for February, March and April. The party is remaining neutral in the primary.

“This is an opportunity to show how Ohio needs a change of direction and we think any of our candidates will highlight that,” Pepper said. He said Kucinich did not formally approach him about running, but that he explained the vetting process to him when they saw each other recently.

Kucinich served in Congress from 1997 to 2013, representing Cleveland. He became known during his time in Washington for championing the needs of union workers and for being a strident opponent of the war in Iraq.