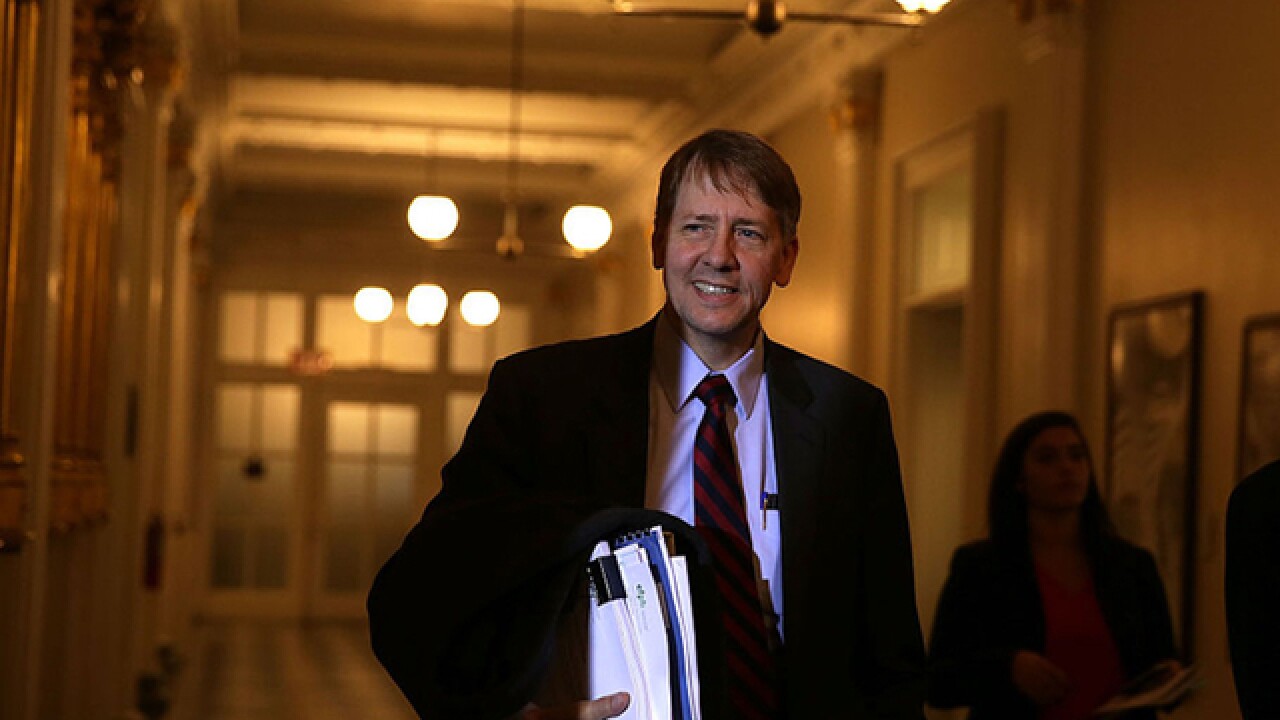 CINCINNATI (AP) — The entry this week of the former federal consumer watchdog into Ohio’s 2018 governor race has swelled the current field to at least six Democratic candidates, setting up what could be the largest gubernatorial primary battle in six decades.

That came after Republicans trimmed their slate by merging two campaigns to leave three announced candidates for governor.

The large field could affect strategies as Democrats battle ahead of a general election in which they’ll try to turn the tide after Republicans dominated the last two state office election years and Donald Trump then decisively carried the swing state last year.

“First of all, you don’t need 50 percent plus one,” said veteran political strategist Jerry Austin. “You’re also competing with five other people for attention.”

Trump’s ability to command the spotlight in a large field helped fuel his Republican run. With double-digit numbers of contenders on the stage in the early GOP debates, Ohio Gov. John Kasich said, candidates were compelled to try to reduce their messages to sound bites.

“How are you going to elect a president on the basis of a clever sound bite, particularly if the sound bite is designed to attack somebody else?” term-limited Kasich complained at one point last year.

Austin expects the Democratic herd to thin ahead of the May 8 primary, with some candidates already in the race for months by the Feb. 7 filing deadline dropping out if their campaign funds and polls remain low.

“They may see the handwriting on the wall,” said Austin, whose Ohio campaign experiences include helping Democrat Dick Celeste get elected governor twice.

For now, Richard Cordray is generally considered the Democratic front-runner. A former state attorney general, he stepped down as the Barack Obama-appointed first head of the U.S. Consumer Financial Protection Bureau to join the race Tuesday.

Already running: state Sen. Joe Schiavoni, former U.S. Rep. Betty Sutton, former state legislator Connie Pillich, and Ohio Supreme Court Justice William O’Neill. O’Neill had previously said he would drop out if Cordray got in, but now says he’s staying in. O’Neill got a burst of attention — not favorable — last month with a Facebook post outlining his sexual experience. He then deleted the post and apologized for what he said was meant as a parody in support of embattled Minnesota Sen. Al Franken. O’Neill said Friday he’ll leave the court on Jan. 26.

After Kasich unseated Democratic Gov. Ted Strickland in 2010 and followed with a 2014 landslide re-election, there is some Ohio political history to buoy Democratic spirits: