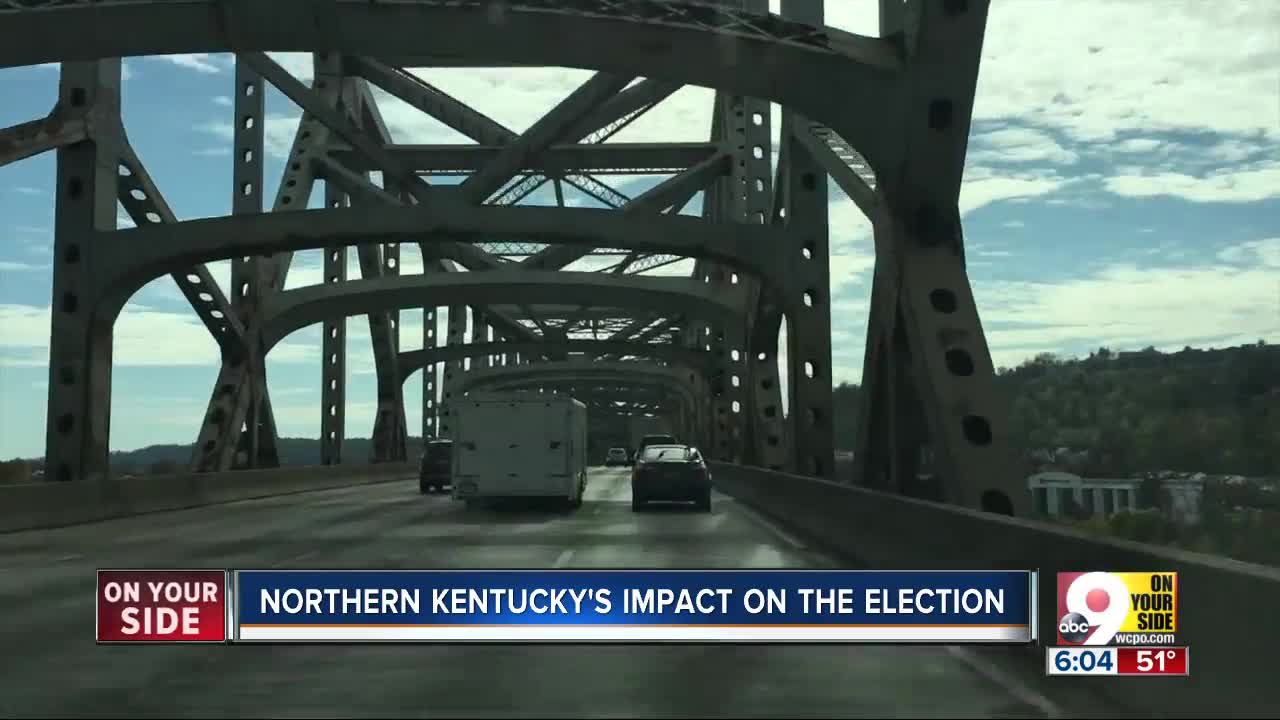 Bevin's declaration that tolls might be required to pay for a new Brent Spence Bridge might have turned some Northern Kentucky voters against him.

Many are saying Andy Beshear could have Northern Kentucky voters to thank for his apparent 5,000-vote victory in the governor’s race Tuesday.

In 2015, Bevin swept Boone, Campbell and Kenton counties by about 17,000 votes. But this year Beshear cut Bevin's margin of victory in those counties to nearly 4,000 votes.

Some think Bevin’s comments late in the campaign that tolls would be needed to fund a new $2 billion bridge across the Ohio River might have helped turned voters from red to blue.

Many Northern Kentuckians are starkly opposed to tolls.

"Governor Bevin disappointed a whole lot of people," said Covington Mayor Joe Meyer. "I do believe it influenced a significant number of folks to change their mind."

"I think that that his answer may have propelled some people to not vote for him, but it didn’t sway my vote,” said Rodney Eldridge, former Kenton County Clerk.

Eldridge, a Trump supporter, acknowledge that tolls, along with other hot-button issues like teachers and taxes, could have swung votes in a close race.

Just days before the election, Bevin said "there is no way around it" when it comes to placing tolls on the bridge.

That was in contrast to Beshear, who said on Friday he would "address" the Brent Spence without tolls and work with Northern Kentucky to find another way to build the bridge.

“If 2,600 Northern Kentuckians switch from support to opposition, it changes the outcome of the election," Meyer said.

If Tuesday's results stand up – Bevin has requested a recanvass - Beshear can thank Campbell, Kenton and Boone counties for helping put him over the top. Beshear won Kenton and Campbell counties and, though he lost Boone, it was with a much smaller deficit that Democrat Jack Conway had in '15.