Andy Beshear is moving on with transition 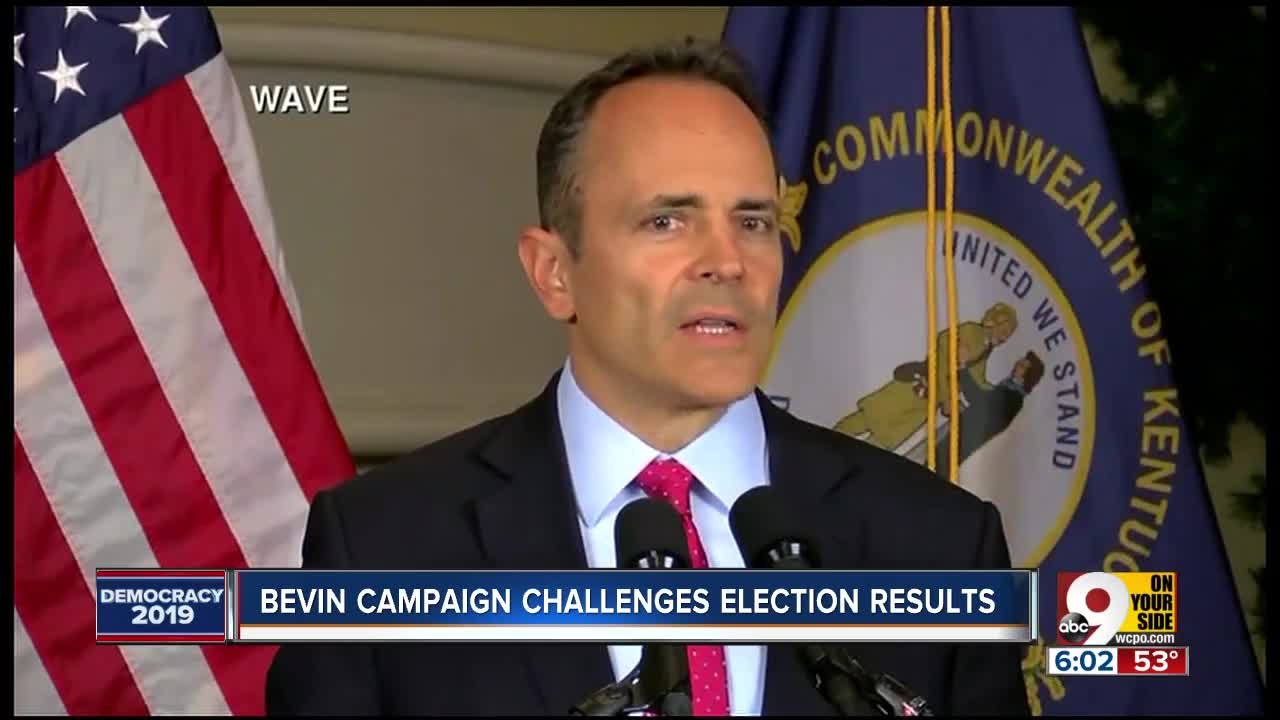 Kentucky Gov. Matt Bevin has requested a recanvass of Tuesday’s election results that show he’s trailing his Democratic opponent by just over 5,000 votes. 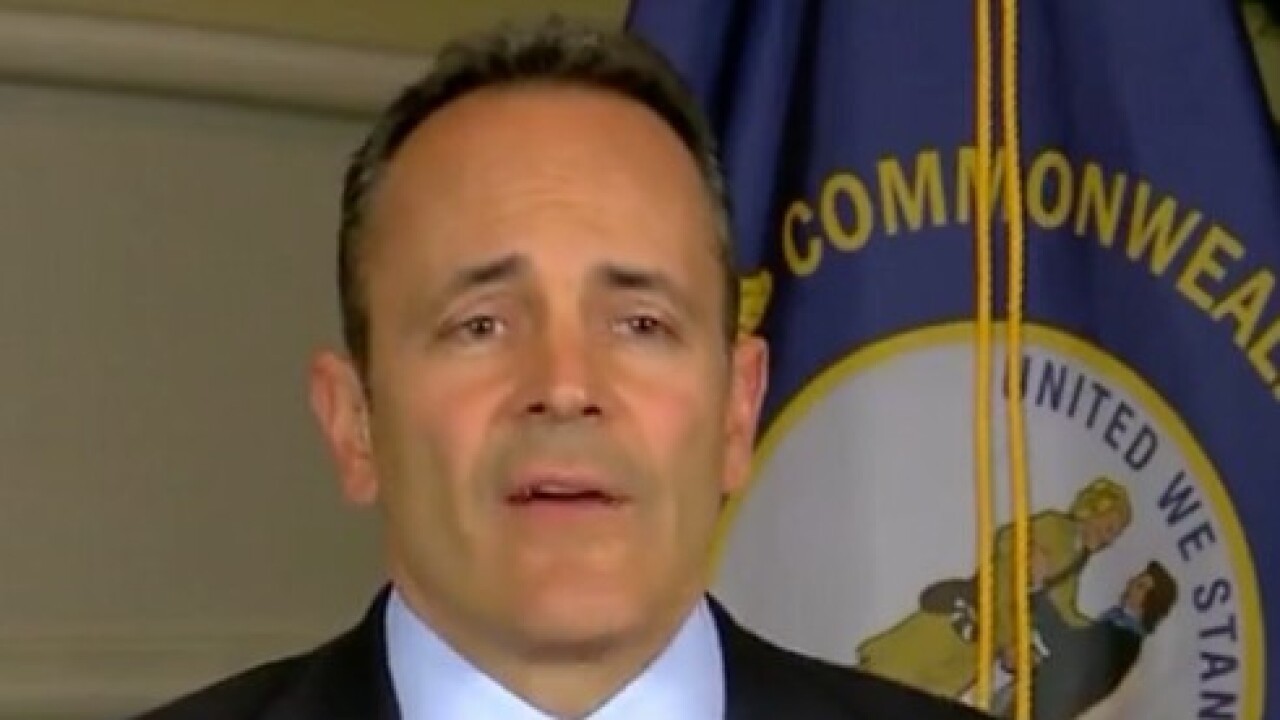 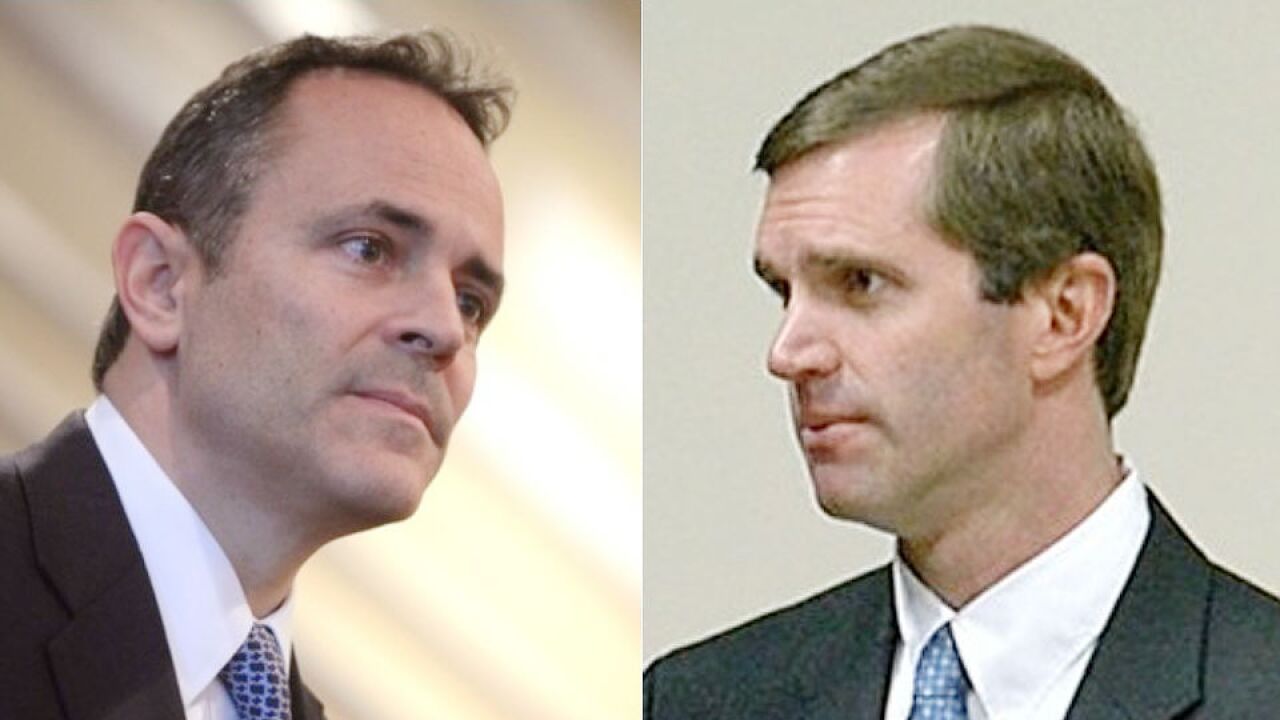 FRANKFORT, Ky. — Gov. Matt Bevin cited Kentucky's "history of vote fraud" and "a number of reported irregularities" in Tuesday's voting in explaining why he requested a recanvass of the vote count, which shows him trailing Andy Beshear by just over 5,000 votes.

Kentuckians know "there's more than a little history of vote fraud in our state," Bevin said Wednesday afternoon at the Governor's Mansion.

"We know there were thousands of absentee ballots that were illegally counted (Tuesday). That is known," Bevin said. "We know that there have been reports of people having been incorrectly turned away from various voting booths around the state.

"In Jefferson County, machines were not working properly," Bevin said. "People were told to put their ballot in a box and it would be counted later, but you don't know."

Bevin said his campaign was obtaining affidavits about those reports but wouldn't follow up on them until after the recanvass Nov. 14.

Bevin said his goal for requesting a recanvass is "to ensure the integrity of the process" so Kentuckians "would always have confidence that the electoral process works.

"I’m confident that in the end the right results will be delivered, and I will be entirely comfortable with whichever way they go if I am confident the process has been served," the governor said.

Bevin did not take questions from reporters.

In a recanvass, county election boards recheck each machine and report the figure to the county clerk to make sure that the numbers reported to the State Board of Elections were not misreported or incorrectly added. In 2015, Bevin's opponent in the Republican gubernatorial primary requested a recanvass, but it changed only one vote and did not erase Bevin’s 83-vote lead.

A recanvass is one of three ways a candidate can challenge an election outcome under Kentucky law.

Bevin's brief address to the media came a few hours after his campaign manager, David Paine, announced the request for a recanvass.

"The people of Kentucky deserve a fair and honest election," Paine said in a statement.

Secretary of State Alison Lundergan Grimes, a Democrat, said her office would start the recanvass at 9 a.m. on Nov. 14. Grimes' office declared Beshear the winner Tuesday night and predicted that any review of the results would not overturn the outcome of the election.

“The margin is large enough to not have a reasonable expectation that it can be closed with anything outstanding,” Grimes' office said in a statement. “The process laid out by the law will be followed and all candidates do have a recourse to review or challenge their results.”

Bevin, who has refused to concede to Beshear, said he had texted Beshear Wednesday but hadn't received a reply.

Bevin said he would continue the work of governor and added it's only right that Beshear start transitioning from the attorney general's office to the governor’s office to prepare to take over if Beshear's lead holds up.

At a morning news conference in Louisville, Beshear said he’s confident in the election outcome and any review would show he won the hard-fought campaign.

.@AndyBeshearKY speaking now about his election victory. @MattBevin has not conceded in close race. Beshear: “The election ended. It ended and it’s time to move forward with a smooth transition.” @WCPO

“Whatever process that the governor chooses to go down, it’s not going to change this overall number of votes,” Beshear said. “We are going to take the steps to move forward to make sure that we are ready ... on the day that we’re inaugurated.”

Beshear said he hadn't talked to Bevin but he expected the governor to help him make a smooth transition.

Kentucky inaugurates its governors in the December following an election.

Beshear won Tuesday's election with a lift from Northern Kentucky, where he won two of the three counties that Bevin swept in 2015. More importantly, Beshear reduced Bevin's overall margin of victory in the three counties by 13,791 votes, which effectively put him over the top.

Speaking to supporters Tuesday night, Bevin called it a “close, close race” and said he wasn’t conceding “by any stretch.”

“We want the process to be followed, and there is a process,” he said.

"This outcome isn't going to change. It's over. This isn’t about politics anymore," Beshear said. "This is about being the best governor I can be for Kentucky.”

Beshear said the budget proposal he submits to lawmakers in early 2020 will reflect his priorities on public education, health care and infrastructure.

He promised a quick follow-through on some key campaign pledges. Those include appointing new members to the Kentucky Board of Education, rescinding Bevin’s proposed work-related requirements for some Medicaid recipients and restoring voting rights for more than 140,000 nonviolent felons who completed their sentences.

Although Bevin wasn’t throwing in the towel, some prominent Kentucky Republicans were conceding that Beshear won.

Republican strategist Scott Jennings referred to Beshear as Kentucky’s next governor, wishing him “godspeed” and saying he “ran a good race” in a social media post.

Also on social media, GOP state Rep. Jason Nemes said: “Governor-elect Beshear is entitled to the democratic legitimacy that comes with loser’s consent. So let’s go through the process honorably and expeditiously and give it to him.”

The final hours of campaigning were dominated by Bevin’s endorsement from President Donald Trump. Trump had loomed large in the race as Bevin stressed his alliance with the Republican president in TV ads, tweets and speeches. Trump carried Kentucky by a landslide in winning the presidency in 2016 and took center stage in the campaign with an election eve rally at Rupp Arena.

But the combative Bevin struggled to overcome a series of self-inflicted wounds, highlighted by a running feud with teachers who opposed his efforts to revamp the state’s woefully underfunded public pension systems.

Bevin lagged well behind the vote totals for the rest of the GOP slate for statewide offices. Republican candidates swept Kentucky’s races for attorney general, secretary of state, auditor, treasurer and agriculture commissioner.

Trump took credit Wednesday for the near sweep, tweeting, “Our big Kentucky Rally on Monday night had a massive impact on all of the races. He claimed that Bevin “picked up at least 15 points in last days, but perhaps not enough (Fake News will blame Trump!).”

Beshear dominated urban areas in Louisville and Lexington and also also made inroads in eastern Kentucky, winning several counties in a region where Trump is highly popular.