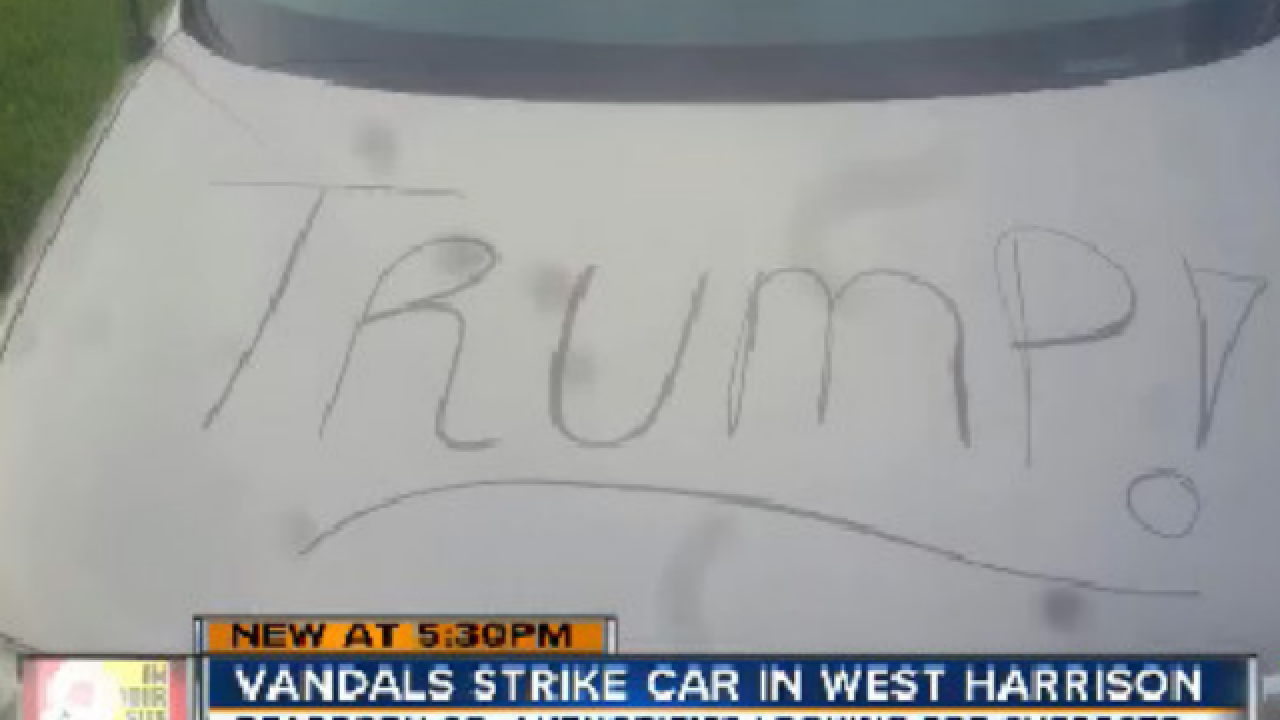 WEST HARRISON, Ind – Kenny Bostick's family woke up to racist vandalism scrawled across their car and, with it, the name of the presumptive Republican presidential nominee.

Now the Dearborn County Sheriff's Office wants your help to catch whoever is responsible.

The incident happened along Peppertown Road. One of the four little kids in the family of six discovered the racist scrawling.

Bostick was mostly angry that his kids would be subjected to someone's ugly racism.

"I know the world can be a nasty place and people are entitled to their predispositions, their prejudices and their beliefs," Bostick said.  "They can vote for who they want, they can call me whatever names they want, but to expose my children to this, that's where I draw the line."

The sheriff's office is investigating. If you have any information about who is responsible,  call Crime Stoppers at 513-352-3040.