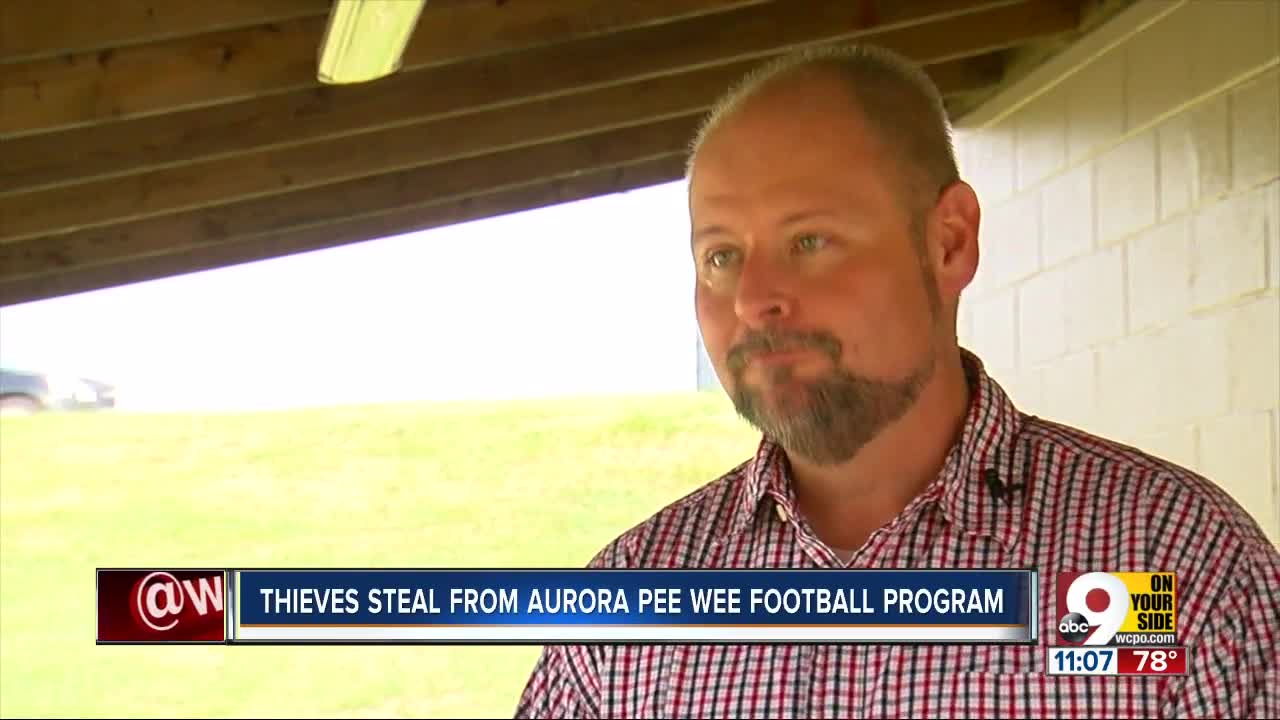 The theft represents a major blow to the 50-year-old pee wee football program into which more than 100 children pour their time each autumn.

AURORA, Ind. — The South Dearborn Pee Wee Football Association takes the appliances out of its concession stands each winter to avoid spring flooding and brings them back each summer to prep for the coming season. The process is so routine — and so labor-intensive — that vice president Steve Hamlett didn’t worry about leaving three refrigerators and a deep freezer out behind the stands Monday morning.

No one could steal them.

That night, someone stole them.

“It takes a bevy of men and sometimes even furniture dollies and things to kind of be able to get them back in the building,” Hamlett said at a Thursday night practice. He’s not sure who would have the means or desire to walk away with hundreds of pounds of metal.

He is sure, however, that the theft represents a major blow to the 50-year-old pee wee football program into which he, his son and more than 100 children pour their time each autumn.

The chips, soda and hot dogs sold at their games do more than feed the fans, he said. They provide revenue to keep the program running.

"We use a lot of our concession money to actually fund the league and fund the equipment that we're passing out this evening,” he said. “We also use that to help replace equipment as it breaks. It's very tough for us to potentially have this loss or face this loss this year because we've just joined forces with a new football league … and we expect to have a lot more folks attending our games in the near future."

Hamlett said he had contacted Aurora police about the theft and believes security cameras might have recorded some of the crime. He added it’s possible the thieves mistook the refrigerators for scrap because they were sitting outside of the concession stand.

If that’s the case, he said the league would be happy to get the refrigerators back and continue to use them.

In the meantime, the South Dearborn Pee Wee Football Association’s six teams will continue to practice for the upcoming start of their season.

"This is a financial hardship, but we are very committed to not turning any child away,” Hamlett said. “Any child that wants to play, we will find a way to allow them to play."

Anyone who would like to help the league afford new equipment can donate via GoFundMe.